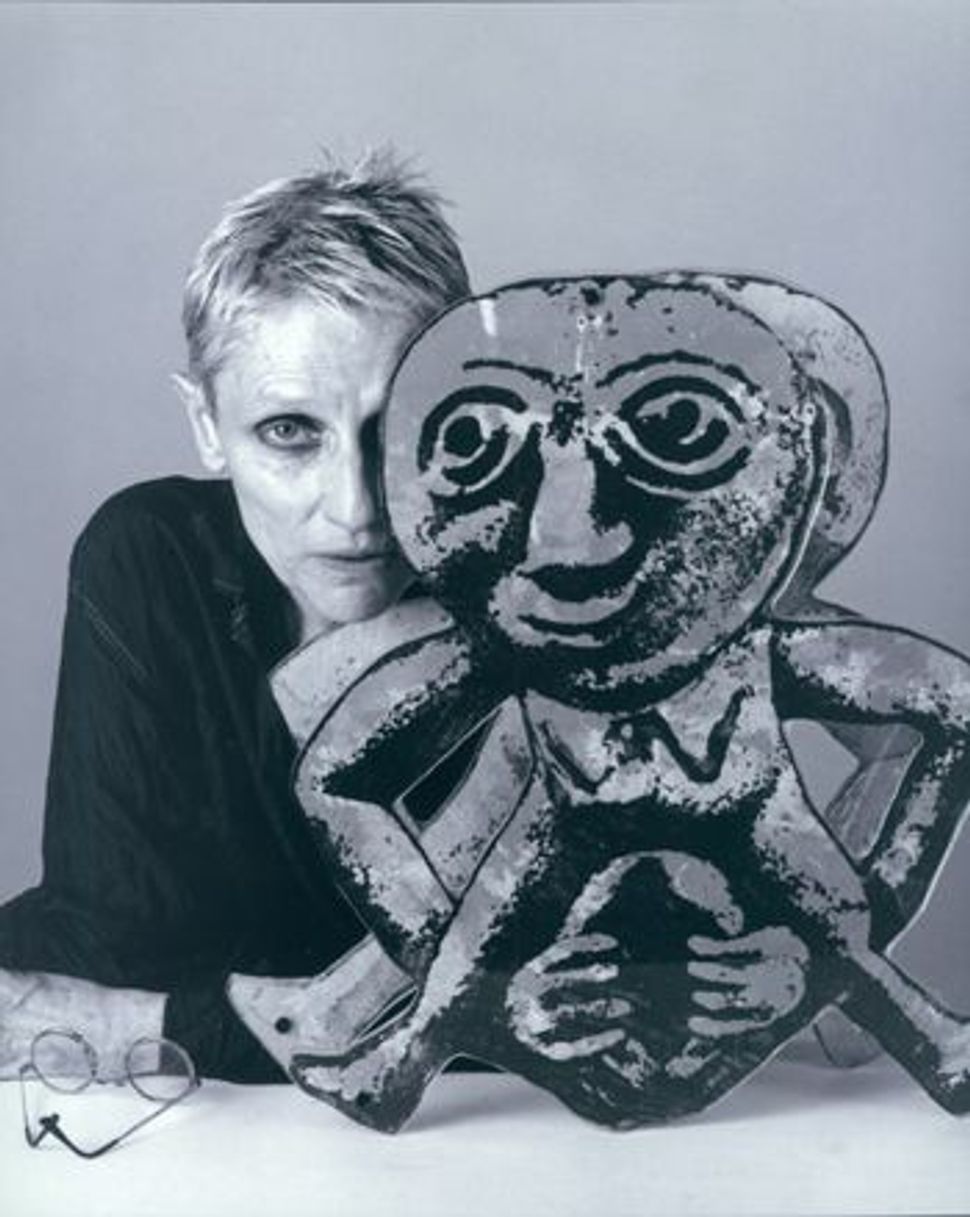 The painters and married couple, Nancy Spero and Leon Golub, epitomize the concept of engaged political action through art. The problems addressed in their works, from political torture to ethnic cleansing, are ever-more timely and unresolved. Although Golub died in 2004 and Spero last year, it is only natural that both are present in New York now. An April 18 commemoration of Spero at Cooper Union will be joined, from April 23 to July 23, by “Leon Golub: Live + Die Like a Lion?”, an exhibit of Golub’s late drawings and an unfinished chalk sketch depicting two lions, at New York’s Drawing Center.

As explained in Ori Z. Soltes’s astute “Fixing the World: Jewish American Painters in the Twentieth Century,” Golub, who served in the Army during World War II, was indelibly marked by seeing images of liberated concentration camps. As Golub is quoted in Soltes’s study, his tragic subject matter as interpreted in violently energetic figure drawing, would be “warrior-citizens in the most extreme of human conditions, the response to terror. Dachau, Hiroshima, Vietnam…”

Golub also painted fascist and Communist tyrants like Franco and Mao Tse Tung, in the “know your enemy” spirit. Unforgiving about police interrogation techniques and the use of napalm in Vietnam, Spero was motivated by an enduring moral conscience, as explained in Jon Bird’s concise “Leon Golub: Echoes of the Real”.

As was Nancy Spero also, whose studious works are like innovative visual scripture. Spero’s “Masha Bruskina,” a 1995 acrylic on linen now in the collection of the Jewish Museum, pays tribute to a 17-year-old Russian Jewish partisan executed by the Nazis in 1941. Spero’s 1991 lithograph on paper from the same collection, “Ballade von der Judenhure Marie Sanders” (“Ballad of Marie Sanders, the Jew’s Whore”), illustrates a poem by Bertolt Brecht (set to music in 1934 by Jewish composer Hanns Eisler) about a gentile woman punished for having an intimate relationship with a Jew. Sensitive and fragile, but with a strong work ethic, Spero continued her artistic investigations after the death of Golub and even now her focus on political violence, like that of her husband, makes both eternally relevant.

Watch Nancy Spero interviewed as part of a PBS documentary below.