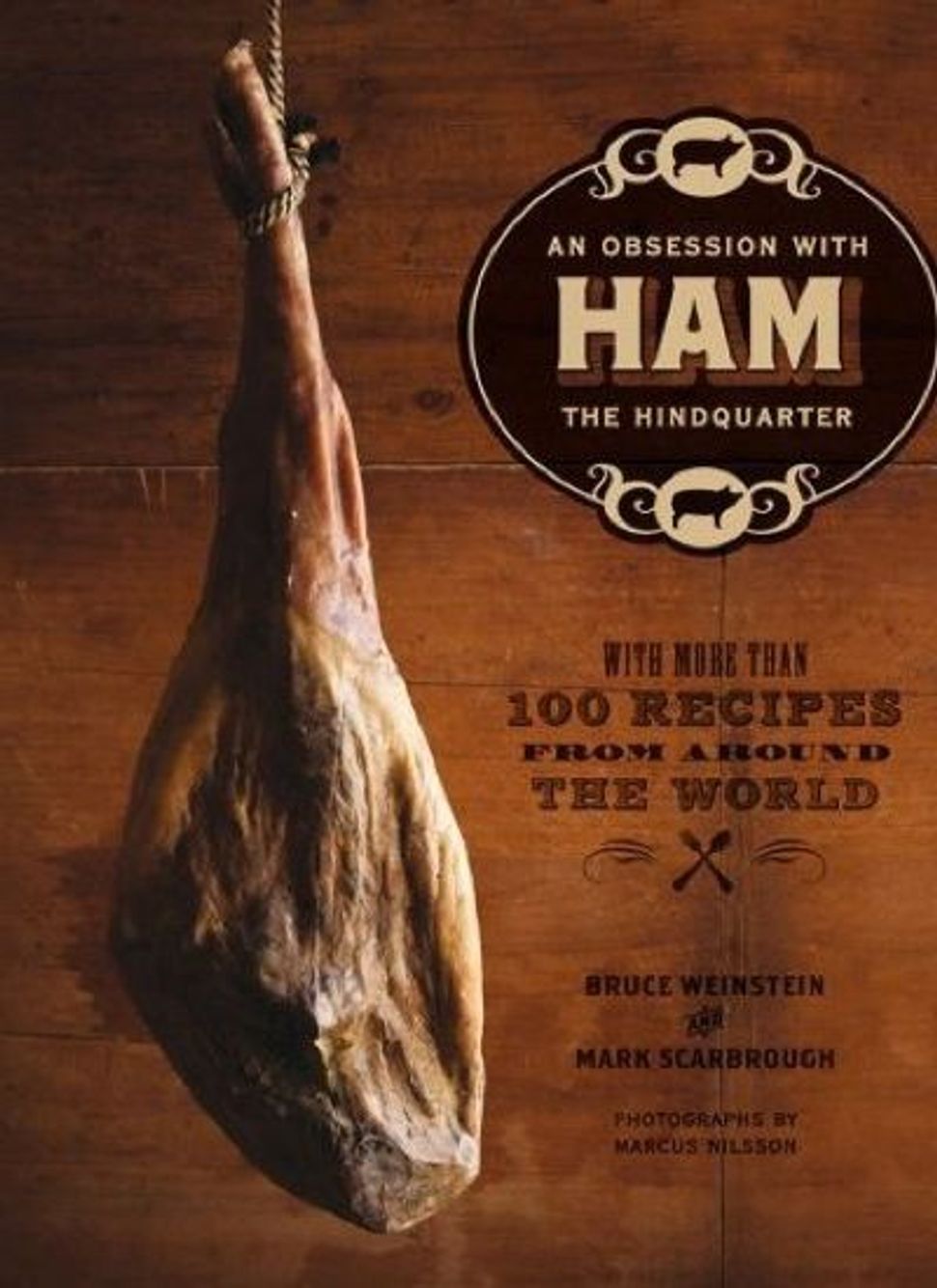 Although indisputably treyf, ham is sometimes addressed humorously, as in spoofs from the satirical “Onion” or “A Jew Touches Ham,” a new micro-short film by Jewish comedian Aaron Glaser.

Then there is “faux ham” proffered by PETA or an ostensibly kosher “Christmas Ham-flavored soda” manufactured in Seattle a few seasons back. Decades ago, scientists unsuccessfully tried to substitute the purportedly kosher, pig-like babirusa, which turned out to be treyf after all. David Sax’s nostalgically poignant “Save the Deli” (Houghton Mifflin Harcourt, 2009) observes that outside New York, so-called “delis” serve ham & cheese on a bagel and even pork roast Panini on challah (!)

It was only a matter of time before New York Jewish chef Bruce Weinstein should co-author “Ham: An Obsession with the Hindquarter,” a cookbook and travel memoir published on March 1 by Stewart, Tabori & Chang. Weinstein has co-authored with his longtime companion Mark Scarbrough many well-received books on pizza; ice cream; cooking for two; cooking know-how and the vast “Ultimate Cookbook.”

Weinstein and Scarbrough explain that the former is a descendant of “Torah scribes and kosher butchers.” (They share a Connecticut home with a “fairly sane collie named Dreydl,” according to one official bio.) A Southern Baptist, Scarbrough alleges that “Baptists eroticize Jews and Jews eroticize ham,” which may be taken as a quirky personal observation rather than objective fact. Offering over one hundred recipes as well as accounts of (sometimes comically disastrous) efforts to cure hams, etc., Weinstein appears throughout as a highly industrious, competent chef addressing a food challenge, which happens to involve the “most Christian of all meats,” as he calls ham.

Although “Ham: An Obsession with the Hindquarter” may not convince anyone who diligently follows the laws of kashrut, it may raise some good-humored debate. If readers have questions for the authors, they may be addressed to their mutual blog or else find them on Holland America cruise ships, where they regularly teach cooking classes.