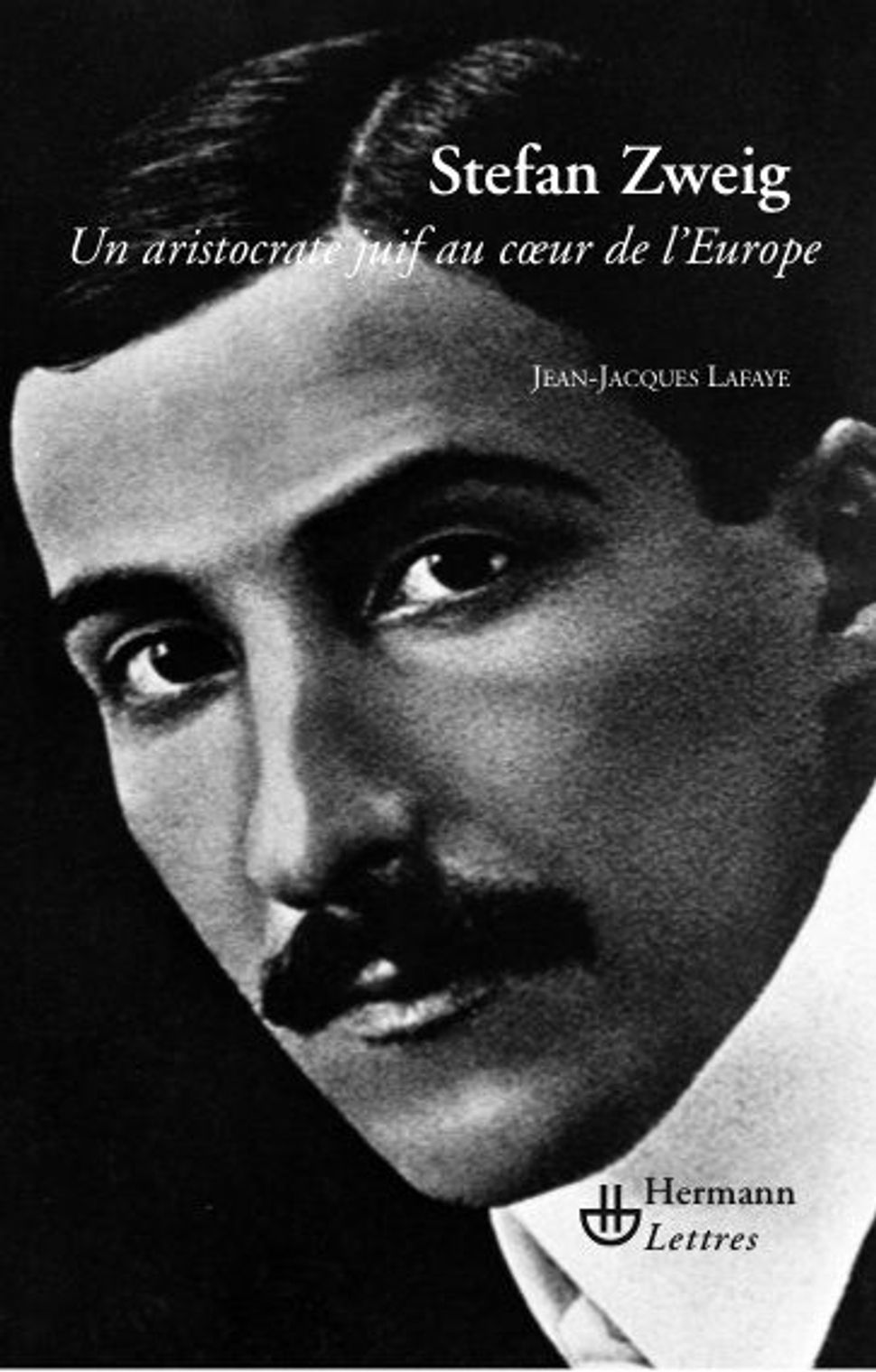 Laurence Mintz, in a preface to the reprint of Zweig’s “Balzac, Dickens, Dostoevsky: Master Builders of the Spirit” from Transaction Publishers, points to how Zweig’s suicide, in safety and comfort, seemed a cop-out to many émigré Jews. In a 1943 article, Hannah Arendt scorned Zweig’s position as an “ivory tower esthete” who saw Nazism mainly as an “affront to his personal dignity and privileged way of life.”

Others, however, worship Zweig, like Jean-Jacques Lafaye, whose “Stefan Zweig: a Jewish Aristocrat at Europe’s Center” has just been reissued from Les Éditions Hermann. For Lafaye, Zweig “genuinely possessed an elite spirit, a conscience for humanity.” French Jewish doctor and novelist Laurent Seksik agrees, offering an ardent fictional account from Flammarion, “The Last Days of Stefan Zweig.”

Between these hagiographic views and Arendt’s dissing is Dominique Bona’s “Stefan Zweig: Biography” out in a new edition from Les Éditions Grasset. Bona, author of a perceptive life of Clara Malraux, focuses on Zweig’s first novella, “In The Snow,” which describes medieval Jews who freeze to death while fleeing a pogrom.

“In the Snow,” available in translation from Pushkin Press, was published in 1901 in “Die Welt,” a Zionist review founded by Theodor Herzl and edited by Martin Buber, who also reprinted it in the following year’s Jüdischer Almanach.

Yet Zweig preferred to collect books and music manuscripts rather than become a Zionist activist, although he did hire a Zionist artist, Ephraim Moses Lilien, to design his personalized bookplate. Zweig languidly opposed any nationalism, mocking his friend the German Jewish poet Ernst Lissauer, who authored the World War I “Hymn of Hate against England” and the phrase “Gott strafe England” (“May God Smite England”).

In the 1920s, Zweig socialized with many Jewish authors, including Joseph Roth and the French novelist Jean-Richard Bloch, and he re-employed Jewish themes in his 1929 novella about a Galician Jewish bookseller, “Buchmendel.”

But as Ritchie Robertson notes in his knowledgeable “The ‘Jewish Question’ in German Literature, 1749-1939” from Oxford University Press, Buchmendel is described ambivalently, and Zweig’s own ambivalence about his Judaism, coupled with his public silence about increasing European antisemitic persecution, alienated friends like Roth and Sholem Asch and continues to be irksome to some readers (outside France) today.