Are You Listening Now?: Charming Hostess’s ‘The Bowls Project’ 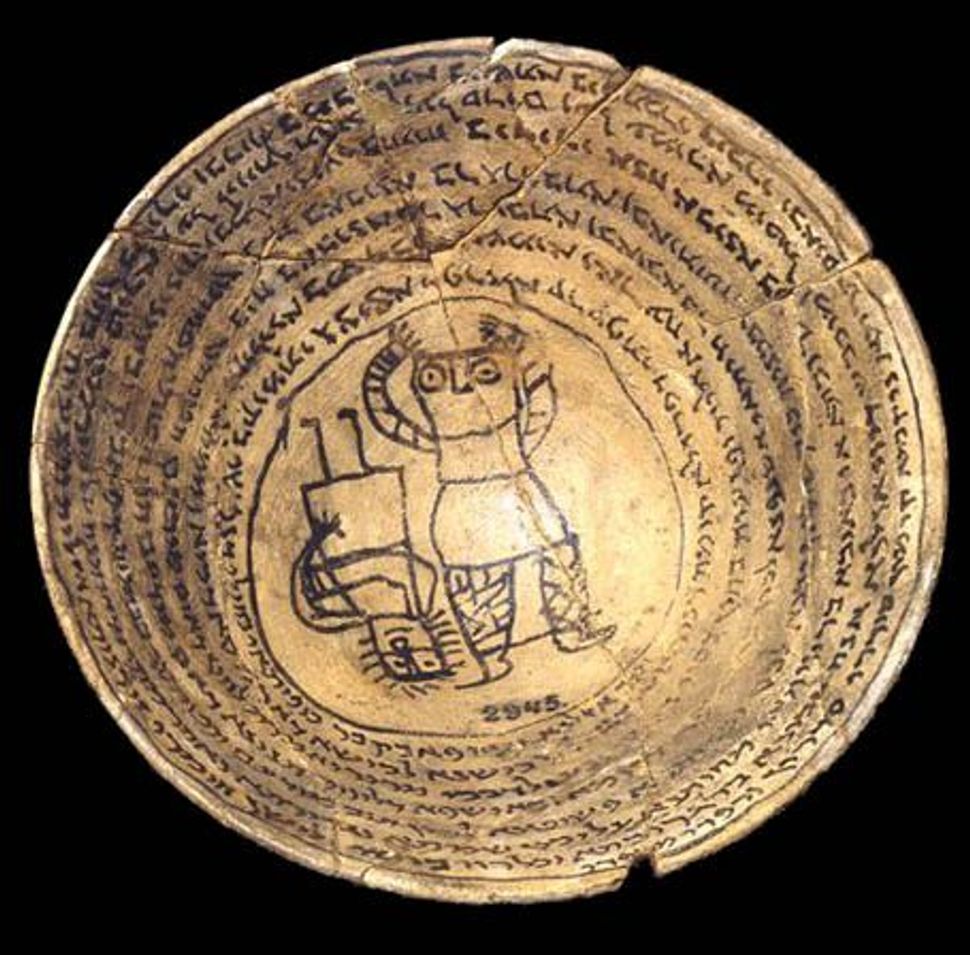 “Trilectic” was a brilliant concept album that set the writings of Walter Benjamin and Asja Lacis to eclectic vocal compositions that ran the gamut from Meredith Monk-inspired experimentation to doo-wop and Eskimo throat chanting. Jewlia’s band, Charming Hostess, followed up “Trilectic” in 2004 with “Sarajevo Blues,” another genre-defying piece of avant-garde composition, chock-full of hooky melodies and jaw-dropping moments of unconventional beauty.

And still the audiences didn’t come. In 2006 I watched Charming Hostess rock out a cappella in front of an audience of merely dozens at the now-defunct Tonic on the Lower East Side. When we shouted out a song request (the glorious avant-bubblegum pop “Fortress Moscow” off “Trilectic”), Jewlia seemed shocked at such a mundane gesture of fandom.

Fittingly, “The Bowls Project,“ Charming Hostess’ blistering, raucous, and exciting new album, released this week on Tzadik records, thematically retreats into the esoteric and exotic. Jewlia has taken as her muse ancient Babylonian Jewish amulets, and the songs traverse the spaces between demonology, mysticism, sex and the apocalypse.

On “Hangman Devil Man,” Jewlia sings about family breakdown, drenched in the sounds of furious folk Americana. On “Bound and Turned Aside,” she scrapes against black metal, and on “Early in the Morning,” she sings, “Some people say the devil’s dead / I saw the devil, baby, at the foot of my bed.”

The most striking moments of “The Bowls Project” are those where Jewlia is excavating subversive Jewish undercurrents, whether repressed feminine narratives or Jewish ritual mythology, or both: “Overturned is the curse of the mother and the daughter…bound and sealed is the curse in the name of YYY the Great Angel of 11 Names.” She does not merely posit a hidden Jewish tradition, but exclaims it.

In light of Jewlia’s medical struggles last year (concerned fans read as she blogged about frequent trips to the hospital), “The Bowls Project” sounds as though it isn’t just reconstituting a lost Jewish past, but Jewlia’s body itself — always a moving, explosive force that seems to scream, both for itself and for a repressed tradition, “Are you listening now?”

Are You Listening Now?: Charming Hostess’s ‘The Bowls Project’