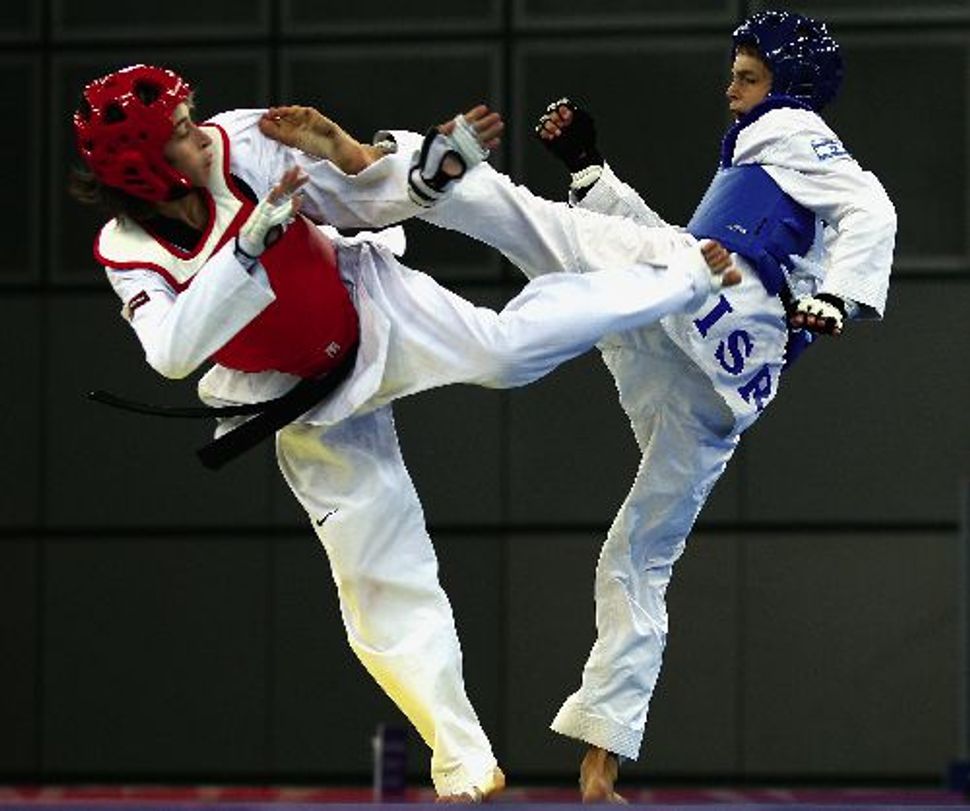 It would have been a “Kumbaya” moment in Singapore on the first day of the inaugural Youth Olympic Games: a 17-year old Israeli locked in fierce but friendly battle with his Iranian counterpart in the under-106-pound tae kwon do competition.

The scene of international sportsmanship was scuttled, however, when the Iranian contestant, Mohammad Soleimani, pulled out of competition against the Israeli, Gili Haimovitz, citing a recently aggravated injury.

Haimovitz won the gold medal — Israel’s first in the competition — by default, having already bested Kirk Barbosa of the Philippines and Nicholas Guzman of Argentina. “I knew beforehand that if I was matched up against the Iranian, there was a chance he would withdraw, but I really wanted to compete against him. It’s a shame he didn’t show,” Haimovitz told Haaretz.

According to Israeli officials, Soleimani’s withdrawal was in reality no injury — it was politically motivated.

“When Gili won the semifinal, we knew the Iranian was making the final,” Israeli delegation head Daniel Oren told The Associated Press. “Already, we knew that the Iranians would not come.

“This is their system. On the one hand, we got the gold medal. It’s very exciting for us. On the other hand, we would prefer winning by competing.”

International Olympic Committee president Jacques Rogge denied the charge, telling AP that the injury was real and that there was “no controversy” over the match.

Haimovitz, who trains for two and a half hours, five days a week, hopes to progress to the real thing at the 2016 London Games. “I’ll be 19, which is young, but a reasonable age,” he said. “If that doesn’t happen, then I’ll train to get to Rio in six years. That’s a lot more realistic.”