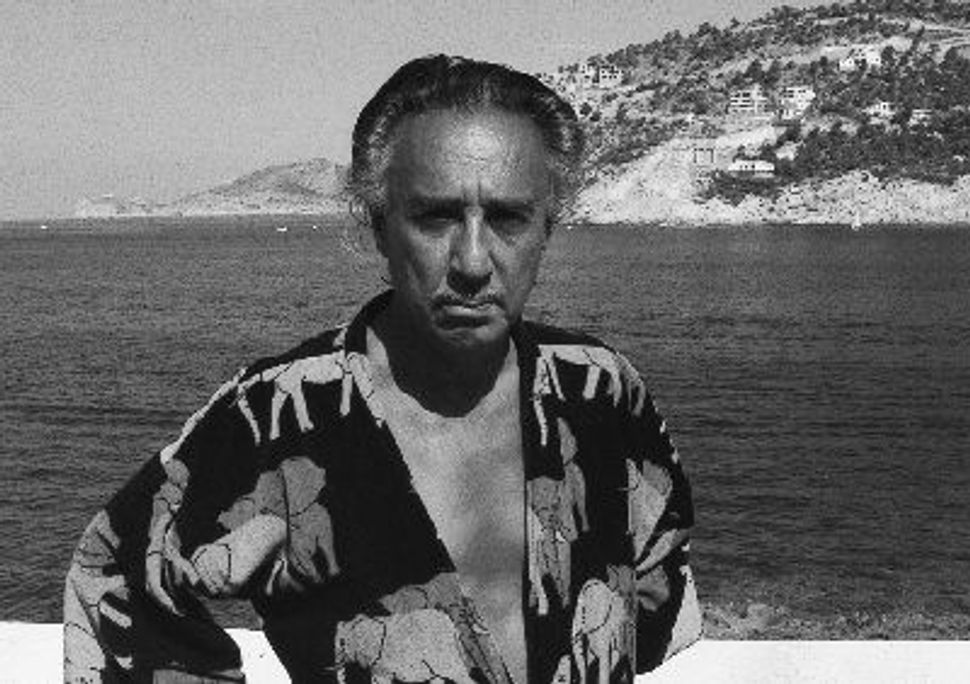 The Romain Gary French Cultural Center on Kikar Safra in West Jerusalem is named in honor of the French Jewish author, born Roman Kacew in Vilnius in 1914. His multi-faceted literary exploits have been explored in his own memoirs, in Ralph Schoolcraft’s astute 2002 study “Romain Gary: The Man Who Sold His Shadow” from University of Pennsylvania Press and in a new biography, “Romain Gary: A Tall Story” by David Bellos due out this December from Random House Canada.

Moving to Nice, France, as a teenager with his family, Gary ended up writing under a variety of different pen-names but is best remembered for his novel “The Life Before Us,” about an orphan Arab boy’s devotion to a terminally ill Auschwitz survivor and ex-prostitute. Filmed in 1977 by Israeli director Moshé Mizrahi as “Madame Rosa,” starring Simone Signoret, this affecting book remains in print from New Directions Publishers, as does Gary’s memoir of his youth, “Promise at Dawn,” itself filmed by Jules Dassin, a director of Russian Jewish ancestry, starring Assi Dayan as the 25-year-old Gary/Kacew.

“White Dog,” an autobiographical novel about racism, in print from the University of Chicago Press, inspired yet another film, directed by Samuel Fuller in 1982. For French readers, Gary is perhaps most notorious for having published books under the pen names Émile Ajar, Fosco Sinibaldi and Shatan Bogat.

One of these books, “Pseudo” by Ajar, appeared in English translation earlier this year as “Hocus Bogus” from Yale University Press. It was translated by David Bellos, whose forthcoming biography follows his biography of Georges Perec as well as translations of that writer for David R. Godine Publishers. With his protean identity and ludic literary style, Gary is an ideally intricate subject for Bellos. Yet the violently raging Gary was a different kind of literary trickster from the poignantly playful Perec.

Displaying overweening arrogance in his circuitousness, Gary expressed fury at critics, publishing pseudonymously to flummox much-loathed literary tastemakers. Gary’s chutzpah could outweigh his talent, such as when he wrote novels directly into exotic English which reads like bad translations; one such is “Lady L” — which nevertheless was duly filmed in 1965, starring Sophia Loren.

“Hocus Bogus,” as Bellos’s preface explains, is Gary “writing as someone else pretending to be someone else and also quite mad,” a convincingly desperate flood of verbiage from a self-denyingly schizophrenic narrator, signed with the pen name Émile Ajar: “I am only half-Jewish…It is not true that my father was called Levi. My father was not Jewish, that’s a foul insinuation.”