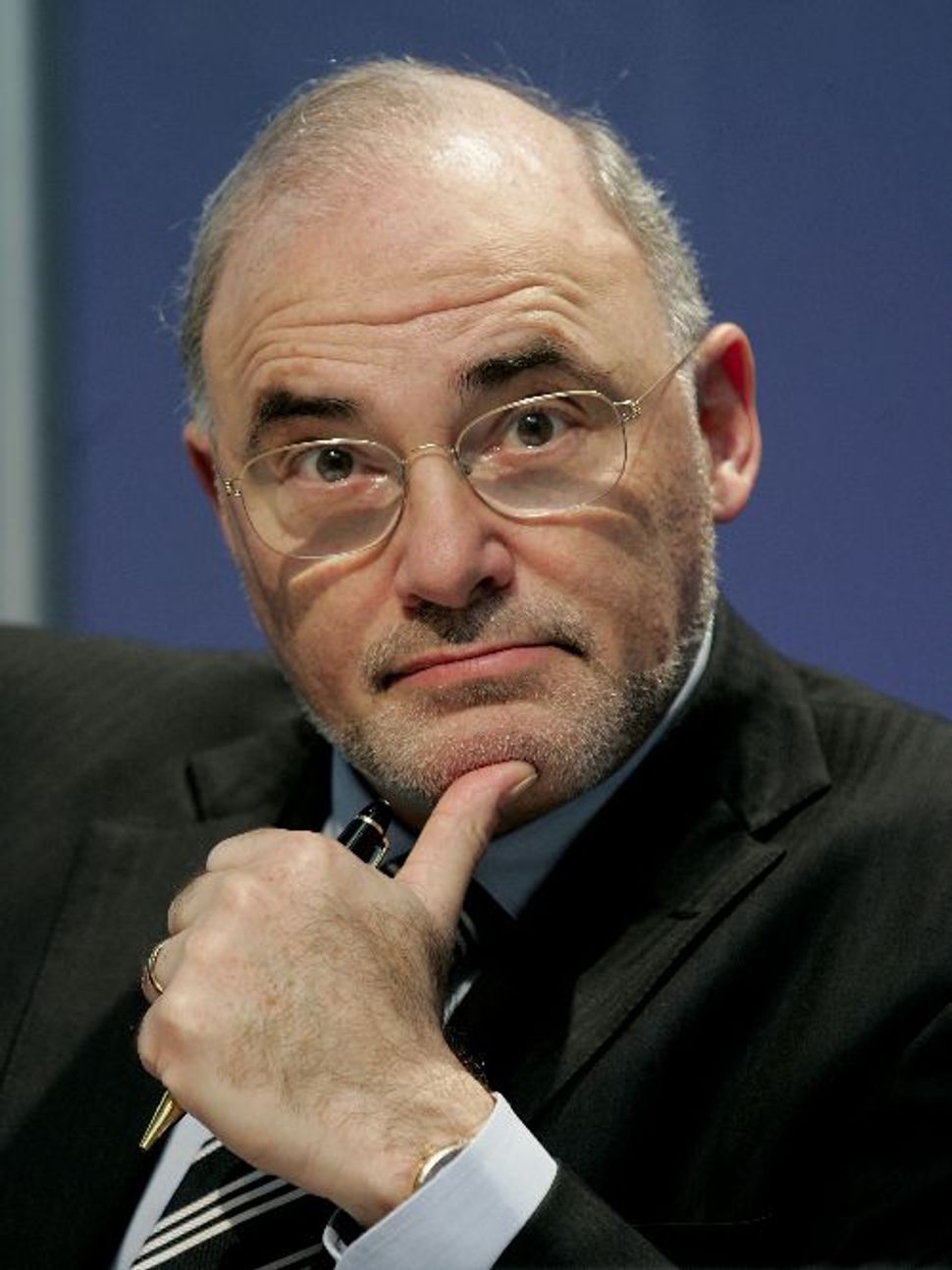 The new CEO of computer hardware goliath HP is Jewish, Israeli news website YNet reported gleefully on Friday. Léo Apotheker, a former CEO of software goliath SAP, is the German-born child of Polish Jewish refugees with a degree from Hebrew University in Jerusalem.

But Apotheker arrives at HP in the wake of a series of scandals — scandals that were reignited on Sunday in a scathing column by New York Times business columnist Joe Nocera. Apotheker is replacing former HP CEO Mark Hurd, who was fired by HP for misusing his expense account. In his column, Nocera, a frequent critic of HP’s board of directors, pointed to a scandal at SAP involving intellectual property theft by a division of the company overseen by Apotheker.

“It takes your breath away, really: the same board that viewed Mr. Hurd’s minor expense account shenanigans as intolerable has chosen as its new CEO someone involved — however tangentially — with the most serious business crime you can commit,” Nocera wrote.

HP struck back at the columnist today. In a letter to the paper, quoted on the Times’ own Dealbook blog, company chairman Ray Lane wrote that there was no evidence that Apotheker “was involved” in the theft.

None of this, besides the firing of Hurd, bore mention in the YNet piece. The subhed of that story: “Computer giant’s new CEO Léo Apotheker studied in Jerusalem, loves hummus, speaks fluent Hebrew.”