The Allure of Kosher Food for the Jewish Holidays 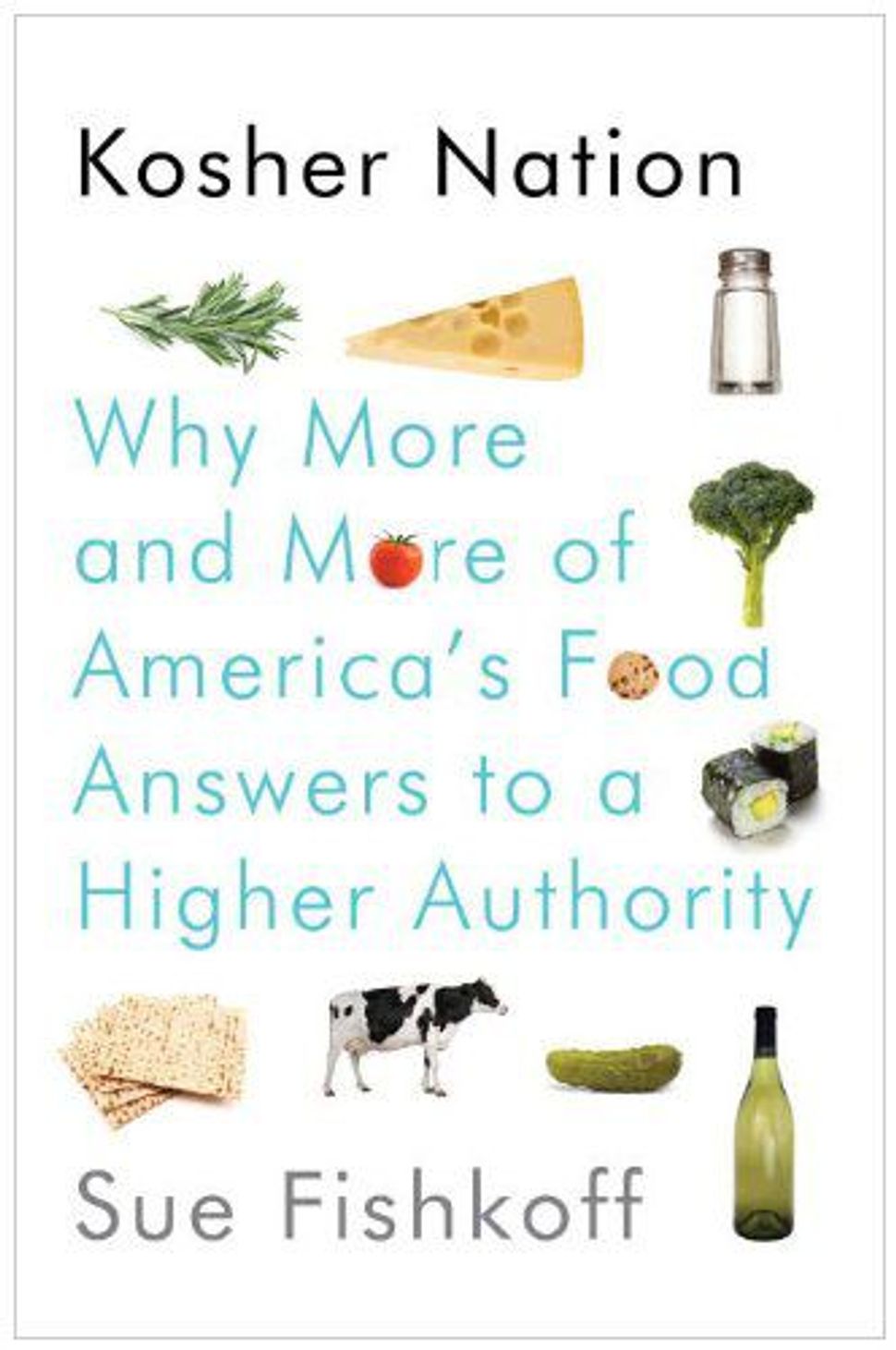 Sue Fishkoff is the author of “Kosher Nation: Why More and More of America’s Food Answers to a Higher Authority.” Her blog posts are being featured this week on The Arty Semite courtesy of the Jewish Book Council and My Jewish Learning’s Author Blog series. For more information on the series, please visit: 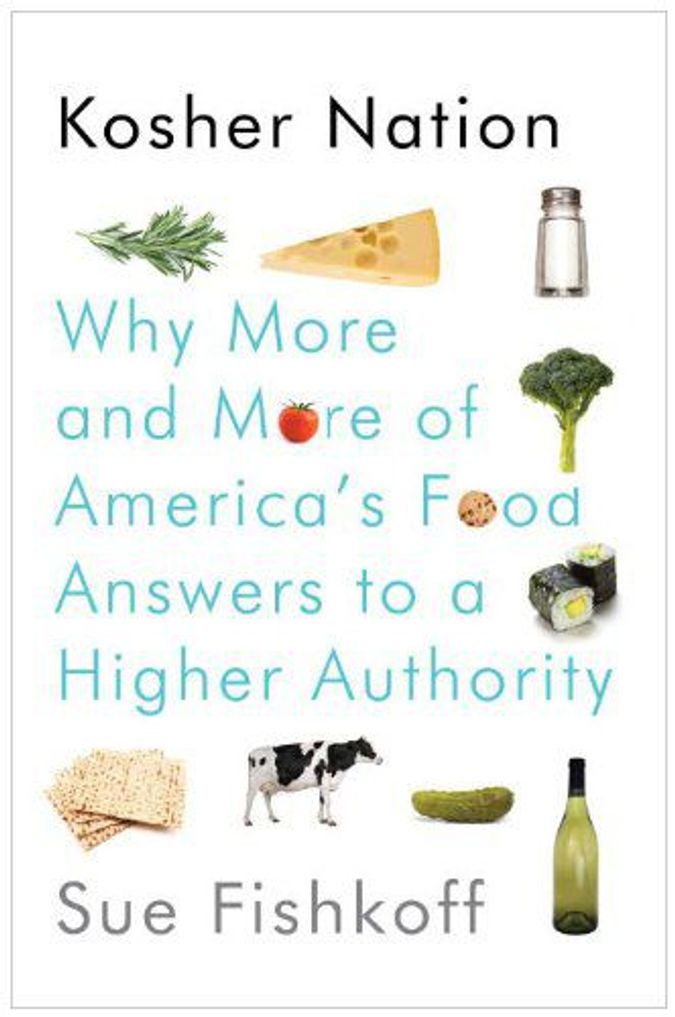 When I’m invited to a Shabbat or holiday meal in a Jewish home, I always bring kosher wine. Not just that, I try to make it Israeli.

If wine by any other name smells as sweet, why bother?

I know I’m not alone — plenty of Jews who ordinarily ignore the laws of kashrut buy kosher wine for Shabbat, stock their pantries with kosher-for-Passover food every spring, and pay extra for kosher catering at their simchas.

Hypocritical? Yes, if you believe that procuring and ingesting kosher food has merit only within the context of a fully observant lifestyle. But that construct holds sway today mainly at the far ends of the observance spectrum, among the most hard-line haredim, for whom any deviation from the path plunges the offender into heresy, and the few remaining Classical Reform Jews who are hostile to Jewish rituals in general, including kashrut.

Increasing numbers of American Jews, however, do not consider the kosher diet a divine commandment but an expression of Jewish identity, a mark of membership in the tribe. As such, it is a moving target. Putting kosher food on the table does not signal one’s denominational affiliation or level of observance so much as the strength of one’s connection to Jewish history, Jewish community, and even the land of Israel.

Let’s look at the numbers. According to the Mintel International Group, a market research firm that releases periodic reports on the kosher industry, more than 40 percent of the food sold in American supermarkets is kosher-certified. The group’s January 2009 report claimed that $195 billion of the previous year’s $400 billion in food sales came from kosher products, an astounding figure given that Jews make up less than three percent of the population — and most don’t even keep kosher.

Sure, most of that kosher-certified food represents mainstream products like Heinz ketchup and Tropicana orange juice that consumers buy without regard to its kosher status. More telling is the same report’s figure of $12.5 billion in sales within the dedicated kosher market, meaning products purchased because of the kosher label.

Who’s buying this food? Many are non-Jews who believe that kosher food, especially kosher meat and poultry, is safer, healthier, and of higher quality than its non-kosher counterpart. Others are non-Jews whose moral or religious beliefs are satisfied by kosher certification — Muslims who buy kosher meat when halal is unavailable, and vegetarians who look for a “D” symbol indicating a meatless product, fall into this category. They might be lactose-intolerant, assured by a pareve label that a product contains no dairy; there are a host of reasons.

But many of the people who buy kosher food on purpose are Jewish, simply nonobservant. Some of them buy kosher products for the same reason as non-Jews: they believe it’s safer or of higher quality. But many more do it for reasons of community, tradition and Jewish identity.

This is particularly true on the Jewish holidays, which have become times for nonobservant Jews to connect with their history by putting Jewish food on the table. Many Jews who don’t keep kosher the rest of the year buy kosher wine and matzo for Passover, sometimes out of respect for parents or grandparents, sometimes because it makes them feel more Jewish, and sometimes because of an inchoate feeling that it would be wrong to do otherwise.

When I was researching “Kosher Nation,” I spoke to many nonobservant or partially observant Jews who bring out the kosher food on sacred occasions.

One woman told me she keeps a kosher-style home, meaning she does not bring in pork or shellfish, but she will buy packaged food products without kosher symbols. But when her children were little, she made the family home kosher for Passover every spring. They’d put all the bread, pasta, cereals, and other non-Passover foods in a pantry, which she would lock for the duration of the holiday. The kids would draw skulls and crossbones on the door to indicate it was off-limits for the next eight days. She also bought kosher-for-Passover food items, even though those same foods without kosher symbols were good enough the rest of the year.

“Partly it was how I was raised,” she told me. “Partly it’s a way to identify as Jewish. And partly it’s to honor my forefathers and foremothers.”

So why do I seek out kosher, Israeli wine for Shabbat and Jewish holidays? Probably because I miss Israel, where I lived for many years. Marxist philosopher Walter Benjamin wrote about the (illusory) power of the artifact to collapse the distance between producer and consumer. When I hold a bottle of Yarden or Gamla wine, I feel a physical connection to the soil, the grapes, and the workers who produced it. And when I pour it into my cup and make the kiddush, I feel connected to the generations of Jews who have broken bread together over the years, and who are doing so today no matter where they live.

Illusory? Not to the soul. Names do matter, no matter how sweet the drink.

A version of this article originally appeared at www.jta.org.

MyJewishLearning.com is the leading transdenominational website of [Jewish][13] information and education. Visit MyJewishLearning for thousands of articles on Judaism, [Jewish holidays,][16] [Jewish history,][17] and more.

The Allure of Kosher Food for the Jewish Holidays