Something Odd About ‘The Odd Couple’ 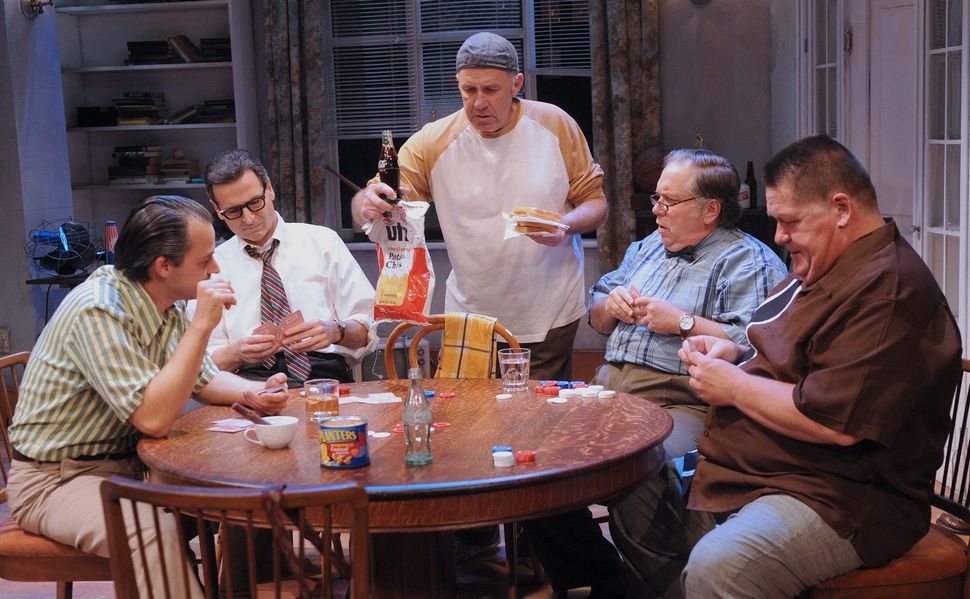 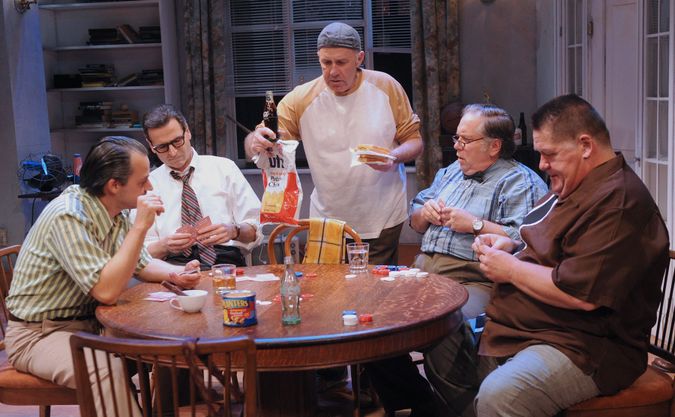 But however rave the reviews are of Theater J’s version of the play — and some have seriously gushed — they all, like the note from Theater J Artistic Director Ari Roth in the playbill, avoid altogether the question of “The Odd Couple”’s Jewishness (or lack thereof).

“We don’t get too much straight male-bonding on our stages these days,” Roth writes. “Not with this degree of hilarity. So welcome back to Friday Night Poker and Neil Simon’s Original Men’s Club.” The closest Roth gets to a Jewish take on the play is a reference to restoring faith, but he means the play’s ability to restore faith in “our collective imperfectability,” adding that we are all “wonderful snobs and persnickety control freaks.”

“The Odd Couple” is not a play about Judaism by any means, and Rick Foucheux (Oscar) and J. Fred Shiffman (Felix) play their roles so expertly that one hardly considers the theological implications of the venue while focusing on their totally natural, convincing and seemingly effortless chemistry.

And then one little line shatters everything — at least for this reviewer.

Though he makes fun of Felix by calling him a “Wicked Witch of the North” and part of the “Cat People,” Oscar is very affected by Felix’s reaction to being kicked out of the apartment. “Remember what happens to me is your responsibility,” Felix says. “Let it be on your head.”

Coming from a man who has already tried to kill himself at least once, Felix’s threat troubles Oscar. “Wait a minute, damn it!” he responds. “Why can’t you be thrown out like a decent human being? Why do you have to say things like ‘Let it be on your head?’ I don’t want it on my head… I’ve been looking forward to throwing you out all day long and now you even take the pleasure out of that.”

Perhaps Foucheux and Shiffman didn’t intend it as such, but the curse seems to evoke Matthew 27:25, the verse which has served as a hackneyed pretext for anti-Semitism throughout the ages, where the Jews tell Pilate they accept Jesus’s blood upon their and their children’s heads. There are quite a few references in the Old Testament to a rogue’s sins being “upon his head,” but they always refer to one’s own head. There is something rather un-Jewish about Felix’s threat.

Felix ultimately takes his curse back, and he and Oscar achieve a sort of truce where they can stay poker buddies and refer to each other by their ex-wives’ names, but it’s hard to forget the curse, even if it has been revoked.

It’s a lot to ask of any theater to mine new material in a script as classical as Simon’s. But Theater J has managed to not only pull off a laudable performance, but also to tease out parts of the play that will speak particularly to its Jewish constituents.

Something Odd About ‘The Odd Couple’