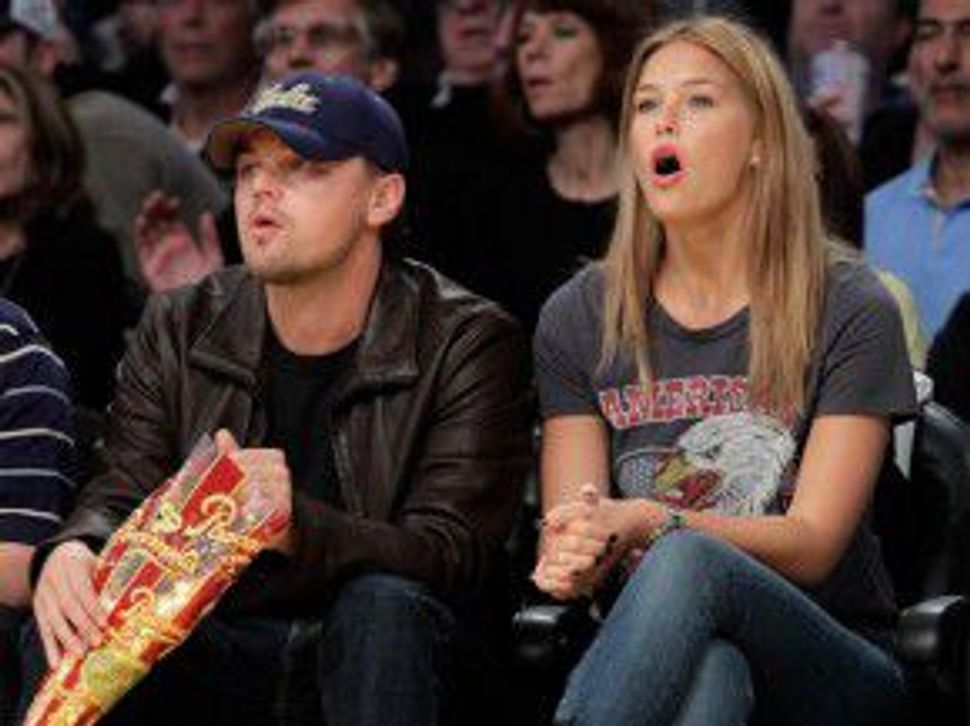 When in the Holy Land with his beloved, Di Caprio stays “in the royal suite of the five-star Dan Hotel on the beach of Tel Aviv,” the Daily Mail says. The source, again: “It is a very romantic and private hideaway for them and an easy commute to Jerusalem Old Town, where Leo has spent hours exploring its religious sites with a guide.”

The pair met in 2005 at a Las Vegas bash for supergroup U2, according to the Daily Mail. DiCaprio had just split from his girlfriend of six years, Brazilian supermodel Gisele Bundchen; like Refaeli, Bundchen was a model for underwear peddlers Victoria’s Secret.

Refaeli, meanwhile, generated headlines of her own this week; Haaretz reports the professional poser sparked a mini-firestorm in Egypt after calling the country “primitive” in an interview. Refaeli had visited Egypt on vacation with tantrum-throwing fellow model Naomi Campbell. “Egyptian media claims that derogatory comments made by Bar Refaeli were intended to harm the country’s tourist industry,” Haaretz reported