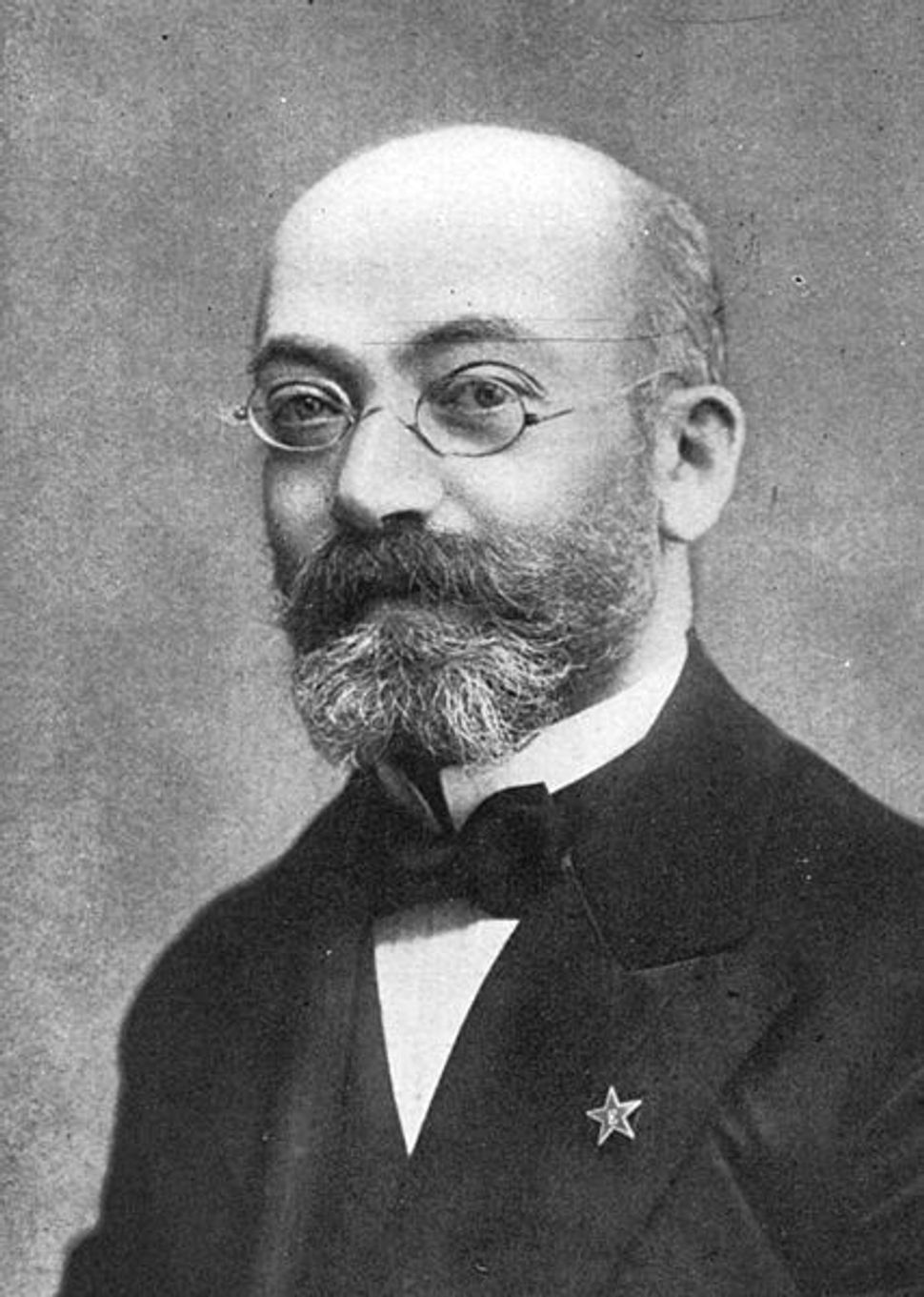 What do fantasy writer J.R.R. Tolkien, Yugoslavian dictator Josip Broz Tito, Brazilian soccer star Pelé and financier George Soros have in common? They all share an interest in Esperanto, an invented language whose goal is to unite humankind.

“Nekredebla,” you might be thinking (that’s Esperanto for “incredible”). But not so quick — other well known figures have also supported the language, including Leo Tolstoy, the grand old man of European letters.

On December 15 some 70 Esperanto enthusiasts descended on a building near the United Nations for the Universal Esperanto Association’s Zamenhof Symposium 2010. The meeting drew people from a wide range of ages, religions and backgrounds. Human rights lawyer Ugoji Eze, born of a Jewish mother and Nigerian father and a member of Young Israel of West Hempstead, was not an atypical participant.

The story of Esperanto began with its founder Ludwig Łazarus Zamenhof, an Ashkenazic Jew born in Bialystok, then part of Poland. Coming of age when Yiddish was predominant among Eastern European Jews, Zamenhof saw how a language could penetrate borders. “In effect,” Esperanto scholar and translator Humphrey Tonkin said, “Zamenhof created a kind of worldwide Yiddish.”

“If I had not been a Jew from the ghetto,” Zamenhof wrote in a letter in 1905, “the idea of uniting humanity either would never have entered my head or it would never have gripped me so tenaciously throughout my entire life.”

During his university years Zamenhof wrestled with the Zionist idea of Jewish immigration to Palestine. As his Zionist fervor cooled, however, he came to espouse what he called Hillelism (“Hillelismo”), based on the golden rule laid down by the Jewish sage Hillel: “What you do not want done to you, do not do to unto others.” Zamenhof’s Hillelism paved the way for his embrace of a universalist humanitarianism.

At the recent conclave, San Francisco-based filmmaker Sam Green screened a 25-minute documentary showing just how culturally far-flung Esperanto has become. His film begins with a chorus in Esperanto from “This Land is Your Land” and ends with a disc jockey playing Esperanto rap music at a gathering in Rotterdam. Audience laughter could be heard at some bizarre footage of a young William Shatner speaking Esperanto in the 1965 film “Incubus.”

An independent scholar, Ralph Dumain, discussed how a 1910 Esperanto gathering in Washington, D.C. — Zamenhof’s only visit to America — garnered front-page news coverage. It did not hurt that professional teams played basbalo (baseball) in Esperanto, or that meetings were held for specialized interests, such as the American fad of vegetarianism. At that gathering in Washington, the Shakespeare play “Kiel Plaĉas al Vi” (“As You Like It”) was greeted with amazement, leading one newspaper to pun that the Esperanto production was “pronounced” a success.

Dumain also discussed the first known African-American Esperanto enthusiast, the classicist William Pickens, and pointed out that Elizabeth Alexander, who read at President Obama’s inauguration, had once penned a poem about Pickens.

A high point of the afternoon was an appearance by George Soros, who was presented with the English translation of an Esperanto book that his father, Tivadar Soros, wrote. The volume dramatizes the elder Soros’s adventures after escaping from a Siberian prison camp.

Despite some naysayers, Esperanto has its practical uses. Speakers create ad hoc communities, often seeking each other out when traveling, and enjoying the perk of lodging at one another’s homes. Not surprisingly, Esperantists remain upbeat about the future of their adopted language. “It is spreading non-violently,” said Neil Blonstein of the Universal Esperanto Association.

Speakers of Esperanto hope that a common language will reduce conflict among neighbors. By conversing in what they describe as “the most widely-spoken constructed international auxiliary language in the world,” they trust the world will be better off. In short, for them Esperanto is more than just another tongue to be classified alongside artificial languages such as Klingon.

“Esperanto has proved itself indestructible, Tonkin told the Forward. “Whether it will conquer the world is another story.”

Watch the trailer for ‘Incubus,’ the first feature film made in Esperanto: