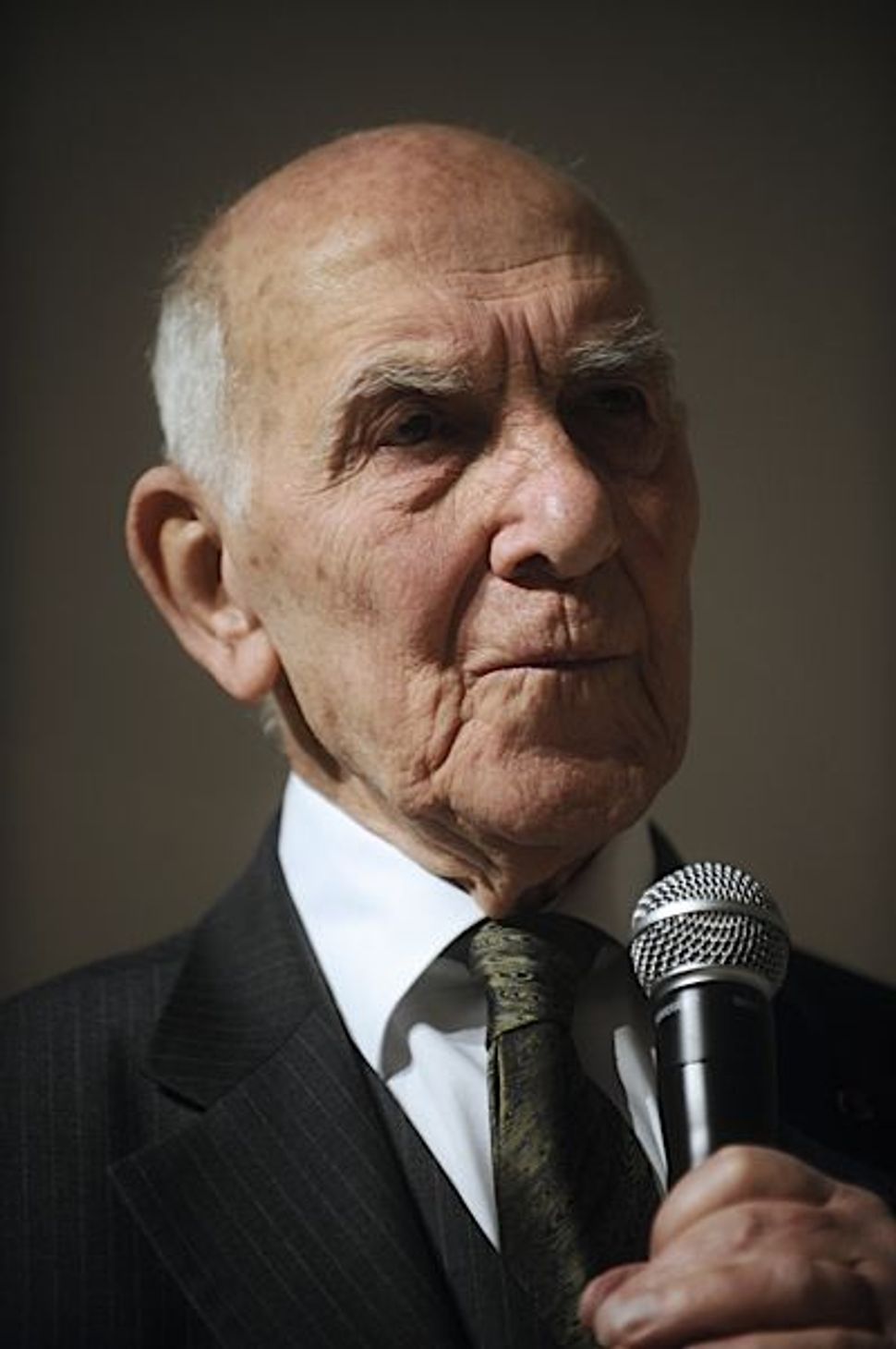 Hessel’s criticism? Statements such as “Jews themselves perpetrating war crimes is intolerable,” in the retired socialist diplomat’s new book, “Indignez-Vous!” (“Be Indignant,” or “Get Angry”), currently topping France’s best seller list, with over 500,000 copies sold (some sources claim 600,000) since its publication in October of last year. A 30-page pamphlet-equivalent (some sources say it is 12 pages and others that it is 19 and 32), produced by a tiny independent publishing house run by a former Le Monde staffer, Hessel’s book is a rightwing Israeli’s worst nightmare come true.

Written by a half-Jewish hero of the World War II French resistance, an author of 1948’s Universal Declaration of Human Rights, and a 2006 recipient of the coveted Légion d’honneur, “Indignez-Vous!’s” concerns about Israel carry with it a certain degree of credibility. Worse, the book’s criticisms are only a small part of a programmatic call to arms to French citizenry, to reacquaint themselves with liberal values, the kind that once fueled the struggle against Nazism in the service of democracy, the environment and socialism.

By including criticism of Israel in this portmanteau of otherwise broad, leftwing concerns, Hessel has done his own not-so-small part in tying criticism of the Israeli government to less controversial progressive political positions. Unsurprisingly, in the same Jerusalem Post article, Mark Knobel, an anti-Semitism researcher for French Jewish umbrella organization Conseil Représentatif des Institutions juives de France (CRIF), was careful to call Hessel’s positions on the Jewish state “abnormal,” not so much about Israel as about internal French politics.

Unfortunately such responses to the aging politician’s opinions are of little ideological consequence, as Hessel’s book is expected to eventually move a million copies, and is already being translated into several other languages. If anything, denunciations of his positions on Israel ought to be expected, as Hessel has a history of attacking its policies towards the Palestinians, “Indignez-Vous” being only the most recent iteration of his otherwise well-known positions on the subject.

Even more telling, attempts to delegitimize Hessel’s own brand of “deligitimization” come at a time of increasing activism around the Israeli-Palestinian conflict within the French Jewish community. Coming on the heels of the formation of French JStreet equivalent JCall, and the conversion of such figures as JCall founder Bernard-Henri Lévy to routine criticism of Israeli policy, in all likelihood more French Jews find themselves receptive to Hessel’s words than not. In such circumstances, perhaps it might be more apropos to call them “objectionable,” rather than “abnormal.” Certainly, such a move would be more reflective of the situation in France.