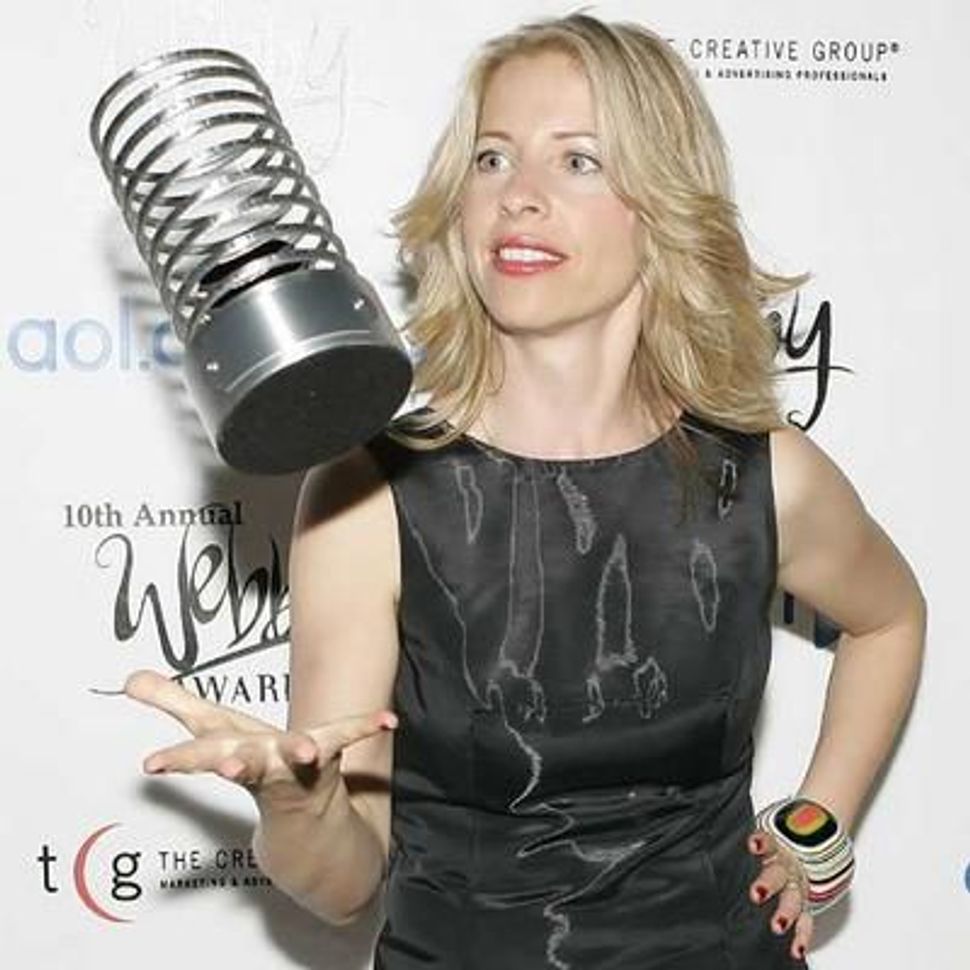 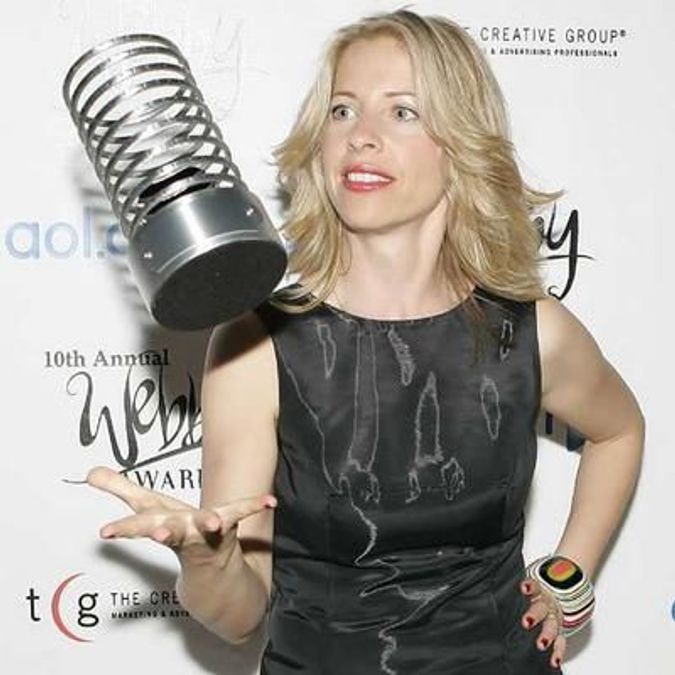 Best known among American Jews for ““The Tribe,” a 2006 short film that explores American Jewish identity through the history of the Barbie doll, Shlain, 40, was in Park City, Utah for the first public screenings of her first feature length documentary, “Connected: An Autoblogography About Love, Death and Technology.” The film, which explores concepts of interconnectedness and interdependence, is part visual collage and part tribute to her late father, surgeon and author Dr. Leonard Shlain. Shlain’s short film “Yelp,” a riff on Allen Ginsberg’s classic 1956 poem “Howl,” was also selected for Sundance this year. Shlain took time out of her schedule to talk to The Arty Semite about her methods and goals as a filmmaker.

Renee Ghert-Zand: Your film is titled “Connected: An Autoblogography About Love, Death and Technology,” but you had originally planned to call it “Connected: A Declaration of Interdependence.” Why did you change it?

Tiffany Shlain: I originally set out to make a film about connectedness and interdependence in the 21st century from technological, philosophical and historical perspectives. As in “The Tribe,” I used a lot of animation and archival images and footage. But I realized that it was missing the emotional connection. While I was working on the film, my dad was diagnosed with brain cancer and I found out I was pregnant. He was given nine months to live [Dr. Shlain died in 2009] and I was going to have a baby in nine months. It was at that point that I decided to remake the film by adding in a strand about my relationship with my father, this crucial personal element that had been missing.

“Connected” had its premiere on January 21 at Sundance. How has it been received?

The response has been amazing. The film is getting standing ovations and great feedback. There have been six screenings at Sundance and I’m flying back to San Francisco for a special Sundance USA screening of the film at the Kabuki Theater.

Has the film received any awards at the festival?

I received the Women in Film award, and I was one of three nominees for the Women of Vision award for women directors. The awards for feature documentaries have not been announced yet, but my cup runneth over already.

Most filmmakers at Sundance are looking to get their film distributed and then move on to their next project. You have different intentions for your film, and you view your role as a filmmaker differently. Can you comment further on this?

I love making films, but I see myself more as a “discussion maker” and “conversation triggerer.” Just as I was trying to start a Jewish American discussion about Jewish identity in the 21st century with my short film, “Tribe,” I am trying to start a global discussion about connectedness and interdependence in the 21st century with this new film. Everyone has been asking me about what my next project will be, and I am just so excited about focusing on taking the impact of “Connected” to a higher level.

How are you planning to achieve this far-reaching impact?

We will have three different versions (lengths) of the film for showing in theaters, on TV, and in educational settings. We’ve spent a lot of time developing a really good discussion kit, and the film’s website is designed to be a wonderful way to upload and share information. We’re working on a university level curriculum and a Jewish education curriculum. We are also working with partners to develop a mobile phone app with practical ways to apply these concepts of interconnectedness in an everyday fashion. For instance, you will be able to use it to scan bar codes on merchandise to find out information about where it is from, how it was produced, what its supply chain is, and so forth.

Has your identity and experience as a Jewish woman informed your making of this film?

Absolutely. The film has a lot of Jewishness in it. It’s a story about a Jewish family; the story of my Jewish family is interwoven throughout. It has quotes from the Talmud, my family’s history in Europe, stuff about my “technology Shabbat” project. The film definitely says, “This is who I am.”

I also want to mention that it was a collaborative effort, and fellow Jews Ken Goldberg [Shlain’s husband] and Carlton Evans wrote the film with me, and Stefan Nadelman, our amazing animation director is also Jewish.

Watch the Trailer for ‘Connected: An Autoblogography About Love, Death and Technology’: