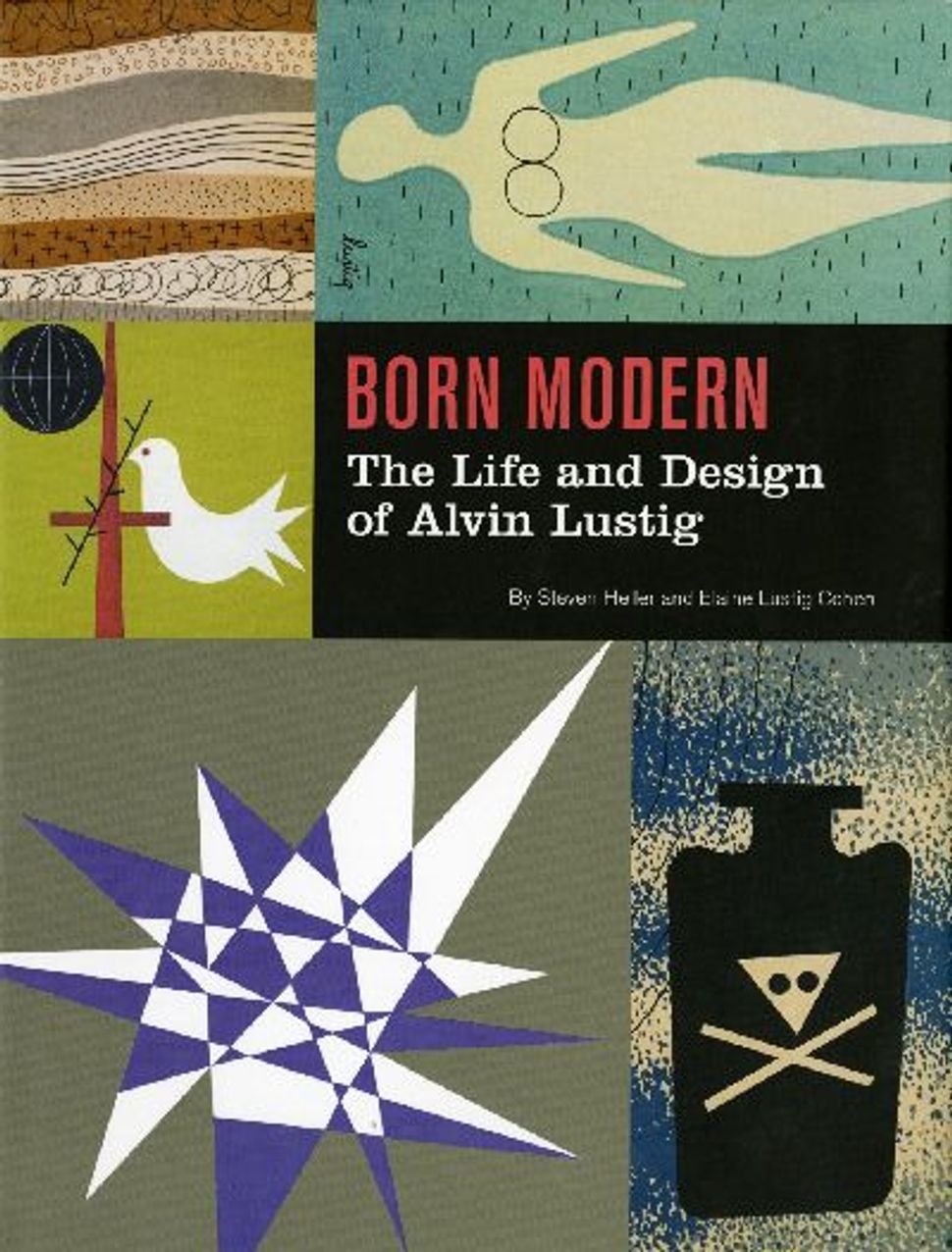 Belonging to a generation of designers which also includes Saul Bass, Louis Danziger, and Paul Rand (born Peretz Rosenbaum), Lustig managed to stand out by virtue of his talent and initiative. After studies in Los Angeles, Lustig landed an early job designing a calling card for the California bookseller Jacob Zeitlin. Zeitlin introduced Lustig to publisher James Laughlin, and a series of book covers for New Directions Publishing resulted, of such authors as Kafka, Gertrude Stein, Italo Svevo, and Nathanael West.

After Israel’s statehood was declared in 1948, Lustig considered, before abandoning, the idea of making Aliyah because “good design could make a significant difference in the future of this new nation.” Nonetheless, Lustig’s work on a 1948 book, “Jewish Holiday Dances, by Corinne Chochem expresses some of the youthful vigor of the time.

After early work inspired by the Russian constructivist precedent of El Lissitzky (born Lazar Markovich Lissitzky), Lustig soon developed his own multi-layered vocabulary, which soon extended to interior design. In 1945, Lustig even designed a helicopter for a friend who manufactured them.

To examine what made Lustig’s design imagination unique, we can cite one example, his 1946 cover for “The Confessions of Zeno” by Svevo (born Aron Ettore Schmitz). Lustig opts for a poetic surrealist collage technique for this psychoanalytic novel about tobacco addiction, in which a small coffin is filled with cigarette butts, while a cropped portrait photo which appears to be of Lustig himself is drawn over with flames and fumes, as if it were going up in smoke as well. This kind of dramatically imagined book cover is a work of art in itself, complementing the original work while being inspired by it.

By contrast, a cover by eminent American designer Milton Glase for a different edition of “The Confessions of Zeno” published by Vintage Books, shows an emaciated man lighting a cigarette, and seems a comparatively straightforward, albeit charming, illustration.

Watch Heller and Elaine Lustig Cohen at a 2009 New York round table discussion about typography.