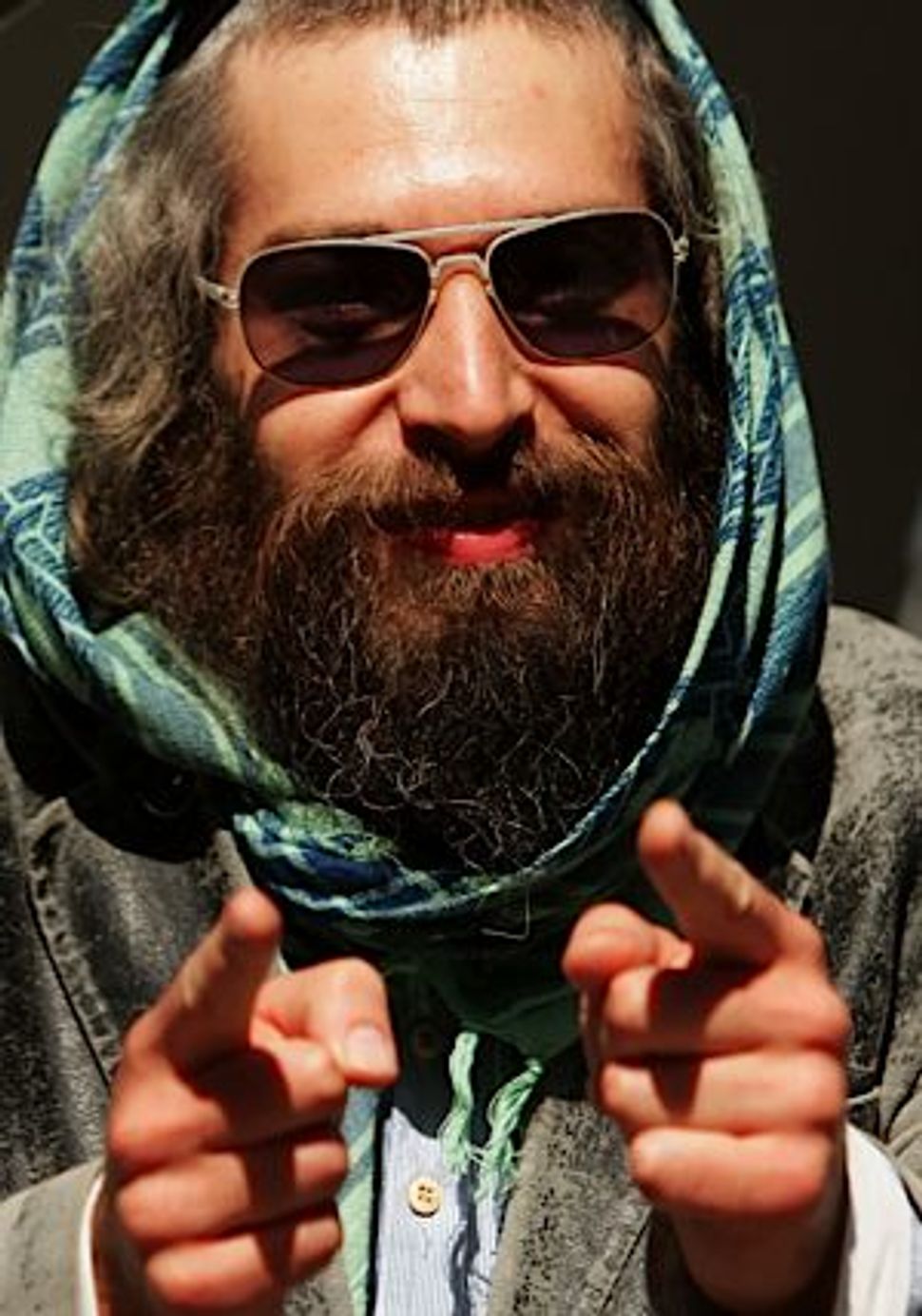 A snarkier critic might point out that Matisyahu dueting with Evangelical Christian nu-metal rockers P.O.D. in 2006 did very little for his Jewish bona fides (the “Testify” album cover contained a giant crucifix in place of the second ‘t’) but I’ll just wonder aloud if Matisyahu returning to Stubb’s on an album indicates his own uncertainty about his Jewishness.

The first Stubb’s album came out right after his debut “Shake Off the Dust… Arise,” when his music was still predominately and ostentatiously Jewish. His big single, “King Without a Crown,” namedropped Hashem and Mashiach. It was arguably all downhill from there, even though he was only seconds away from a commercial breakthrough and widespread critical coverage (the Rolling Stone profile was completely positive). “Live at Stubb’s” came close to capturing what Matisyahu originally had going for him — an exciting melaveh malka show and a demo tape where he spit an exuberant early version of “Close My Eyes.”

Then came the anxieties. While Monica Haim was wondering in her underrated 2005 documentary “Awake Zion” if Judaism and reggae were ultimately compatible (she wasn’t the first or last Jewish reggae fan to notice the Jamaican musical movement’s preoccupation with Zion), Slate’s Jody Rosen accused him of the simultaneous crimes of Jewfacing and Blackfacing. Matisyahu soon left his Jewish label JDub Records to join a major, and then lived out a public split with the Chabad-Lubavitch hasidic sect only a few years after attending a Chabad yeshiva for baalei teshuva in Crown Heights.

For those of us less than impressed with his music (indie tastemaker website pitchfork put him on a list of “15 Worst Releases of 2005”), this background religious psychodrama was always more interesting than the records themselves. His lyrics may have been upbeat reggae-praise-hymns to God, but he always seemed uncertain. In a 2006 interview with the Dutch magazine Revu he looked depressed and exhausted and answered a question about whether religion makes him happy with, “No, it does not.” If anything, the admission made him seem more Jewish than ever, like a hasidic reggae version of Philip Roth’s Seymour “Swede” Levov in “American Pastoral.”

Now, ignoring the platitude that you can’t go home again, Matisyahu has tried to do just that on “Live at Stubb’s Vol. II.” The album opens with “Kodesh,” where Matisyahu rhymes, “Soar into shamayim where the angels call in love / and the glory of Hashem fits like a glove.” This is much more explicitly Jewish material, and the only indication that we are in 2011 and not 2005 is Matisyahu’s pipes; instead of the jagged creases that characterized his early work, he has developed a smooth radio-friendly delivery that would sound natural right next to any new Sean Paul joints. At the conclusion of “Time of Your Song,” Matisyahu repeats the line, “You might get caught in a temple of doom.” It is sung buoyantly, without a trace of self-consciousness or fear, and will do nothing to convince you that it is worth your time to pay attention to Matisyahu’s music again. It may, however, convince you that it’s time to pay attention to Matisyahu himself — the character and persona always more interesting than the music.

Unlike Drake, or Bob Dylan, Matisyahu’s Judaism will never seem light and comfortable. The day his oblique lyrical references to his spiritual conflicts become explicit is the day I’ll be back onboard. In “American Pastoral,” Roth writes, “The fact remains that getting people right is not what living is all about anyway. It’s getting them wrong that is living, getting them wrong and wrong and wrong and then, on careful reconsideration, getting them wrong again. That’s how we know we’re alive: we’re wrong. Maybe the best thing would be to forget about being right or wrong about people and just go along for the ride.” Or, in Matisyahu’s own words (on what remains my favorite song by him), “Close mine eyes and take a ride inside / Feel the breeze blow by, I’m getting you high.”