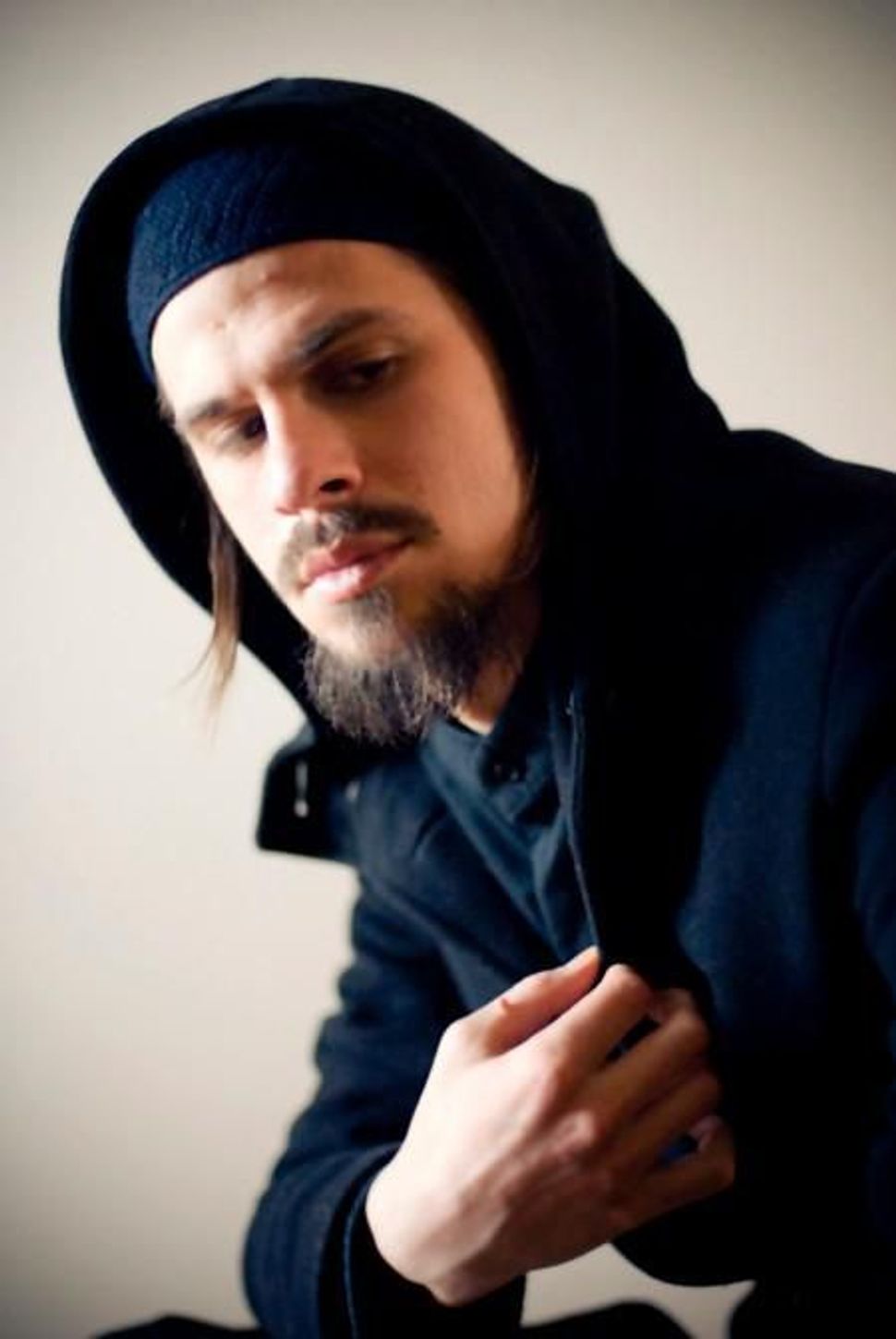 Now, the follow-up to that first record is here, an 11-song mélange of styles and themes called “Dopestylevsky.” (Eprhyme, pronounced E-prime, is a master of the unpronounceable — perhaps a gesture at the ineffable God he invokes often in his music.) And so is that same productive tension. “Dope” is a more polished and more professional record — no doubt in part because of Eprhyme’s affiliation with the famous indie label K Records from Olympia, Washington. It is also more continuous with current styles of hip-hop, featuring more current musical stylings, half a dozen collaborations with mostly underground artists, and is less overtly Jewish in terms of content. The result? Less novelty, less preaching, but perhaps more potential to reach a wider audience with a Jewish flavor of hip-hop and rap.

Make no mistake: “Dope” is still full of inspirational messages, beginning with its opening track, “Grind Thoroughly,” which tells listeners that “Beneath the surface, there’s a purpose/ service of the heart/ elevate the sparks/ with the aid of language arts.” The Lurianic Kabbalistic reference is clear — and yet there’s nothing as direct on this LP as “It’s all G-d” or “Tikkun Adam” from the last record, “Waywordwonderwill.” I think that’s a good thing. Eprhyme’s other musical project, the musical midrash duo Darshan, is primarily for Jewish consumption. So it makes sense that this release is aimed at a wider audience, with less Hebrew and more generally comprehensible messages. After all, even if you miss the kabbalistic allusion, that line from “Grind Thoroughly” still makes sense.

The album’s many collaborations suggest a fruitful form of cultural interchange. Rappers from a variety of backgrounds join on track after track, delivering their own rhymes over Jewish-tinged melodies and samples. This indicates a welcome erosion of the so-called ghetto walls, and another introduction of explicitly Jewish themes within the general hip-hop milieu. It’s the opposite of novelty: Rather than Eprhyme bringing rap to the Jews, he’s bringing Jewishness to rap.

This, I think, is very good for the Jews. If 21st-century Jewishness is purely of interest to the 50% of the .5% of the world’s population that is born and interested in being identified as “Jewish,” our demographic Cassandras probably have cause to complain. But if, as Eprhyme and countless other cultural artists from Woody Allen to Matisyahu indicate, Jewishness and Jewish culture have something to contribute to the multicultural, global conversation, then there may yet be cause for celebration.

On a musical level, “Dope” is also cleaner, crisper, and more danceable, than “Wayword.” It’s just about impossible not to tap one’s foot, or hopefully shake one’s booty, to “Life Sentence,” with Eprhyme’s articulate and inspired rapping, syncopated with East-West samples (tabla, chants of om, Cypress-Hill-style hip-hop slides, choral elements, etc.). “Blow up the Block” pretty much rocked my world, and is the track I most want to hear live. Somehow it mixed dubstep, dancehall, Mizrachi rhythms and music, and I couldn’t spot the seams. The future-lovers-techno of “Lose Your Cool” feels totally new. And down-tempo tracks like “Elements of Style” and “Notes from the Underground”; instrumentals like “Smoke Break”; and the many guest appearances, provide a musical variation that we didn’t see on “Waywordwonderwill.”

Listen to ‘Blow up the Block’:

The album also evinces a maturation, and perhaps a limitation, in Eprhyme’s lyrical delivery. The rhythmic musicality of Eprhyme’s rapping sounds more in sync with what one might hear on the radio (Internet radio, anyway); he’s evolved as a performer. Yet the new disc also has a few unfortunate slips into “urban” pronunciation, which suggests, at best, pastiche. The best white rappers (Eminem, The Beastie Boys) are careful never to “sound black”; the worst (Vanilla Ice) are not so cautious. That Eprhyme occasionally lapses into imitative pronunciation does not diminish the overall effect of “Dope,” but it does raise a flag. Then again, Mick Jagger tried to “sound black” too.

At the end of the day, “Dopestylevsky” competes on a wider stage than Eprhyme’s earlier music. If it mostly leaves behind the rabbi-with-a-mic shtick of “Wayword,” this is a welcome evolution for the artist, even if it plays less readily at synagogues. Ultimately, though, this is less a leaving behind than a coming out — not in the newer sense of sexual awakening but in the older one of presenting oneself and one’s work to the wider community. Don’t worry, Eprhyme hasn’t forgotten his roots. But it’s nice to see him branch out as well, since more and more people can find shelter under the tree.