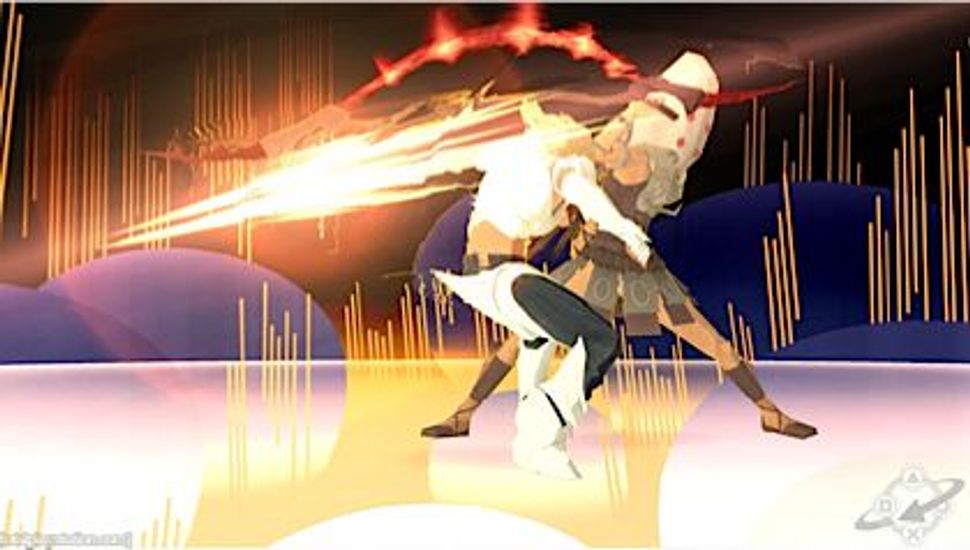 There remains significant scholarly debate about the exact process and dating of the canonization of the Tanach, but for most Jews, the Book of Enoch ended up on the cutting room floor. Takeyasu Sawaki, a Japanese game designer and the director of the recently released video game “El Shaddai,” would like people, specifically gamers, to reconsider it in a more contemporary light.

“El Shaddai: Ascension of the Metatron” is an action game from the Japanese company Ignition Entertainment. It features a partially abstract and colorful visual style with both 2D and 3D gameplay (think levels from “Super Mario Bros.” interspersed with battles from “God of War”). More surprising, its story follows the Book of Enoch, one of the oldest non-canonical Jewish texts.

Written over the course of several hundred years, from approximately 300 B.C.E. until the end of the Second Temple era in the first century C.E., the Book of Enoch greatly expands upon the brief story of Enoch and the subsequent story of the “divine beings” or “Sons of God” from Genesis.

Both the game and the ancient text tell of the righteousness and elevation of a man named Enoch to the position of a heavenly scribe who is granted visions of the temptation, fall and punishment of a group of 200 angels. Enoch is sent from his position as the heavenly scribe to deliver the divine judgment to these angels. In Sawaki’s version, the mission involves fighting through seven worlds of fallen angels in order to avert a complete divine annihilation of the inhabitants of the Earth.

Sawaki states in an interview with web magazine Gamasutra, in response to questions about how near his version of Enoch is to the original, that other treatments of Enoch have been “boring” and that his “image of Enoch is closer to the original Enoch.” That being said, a quick look at the character art for the game shows Enoch looking far less like the traditional image of an ancient Jewish prophet and a bit more like a romance novel pin-up. Sawaki is insistent that his vision, while inspired by and following the original text, is not be limited by expectations of previous commentators or by a potential Western audience in terms of both story and gameplay: “As a Japanese creator, I want to make something that only Japanese people can make.”

This is not the first time Jewish themes, images or words have appeared in Japanese games. For example, the Urim and Thummim (the breastplate of the High Priest) appear improbably as monsters in the dungeon crawling game “Baroque”; the angel Metatron (often associated with the heavenly form of Enoch) appears multiple times in the long running “Shin Megami Tensei“ role playing series; and perhaps most famously, the fan favorite villain from the seminal “Final Fantasy VII“ is named Sephiroth (after the Sefirot, a central concept in kabbalah). That game takes the phenomenon even further when it transforms the villain into another being called Sepher Sephiroth (i.e. Sefer Sefirot) at the end of the game. In fact, references to material from any number of religious traditions other than Judaism appear in countless Japanese games, often bearing little or no meaningful resemblance to their original characters and contexts.

All of which appears to make “El Shaddai” a fairly unique case. Sawaki and his team are consciously developing the characters and themes in conversation with traditional interpretations and treatments. While the ancient text, with its firmly unorthodox insistence on the fall of rebellious angels, wasn’t even considered for canonization by Jewish authorities and Enoch himself (either the human or taken as the angel Metatron) appears only a handful of times in the Talmud, the Book of Enoch is central to many Jewish mystical traditions and is also counted among the Apocrypha of Catholic and Orthodox Christianity. Notably, the book is included in the canon itself of the Beta Israel Ethiopian Jewish community. Meanwhile, the game seeks to play up on this angle of esoteric transmission, advertising itself as a “tale of times past: a tale that was not permitted to be handed down through the ages.”

Watch the trailer for ‘El Shaddai: Ascension of the Metatron’: