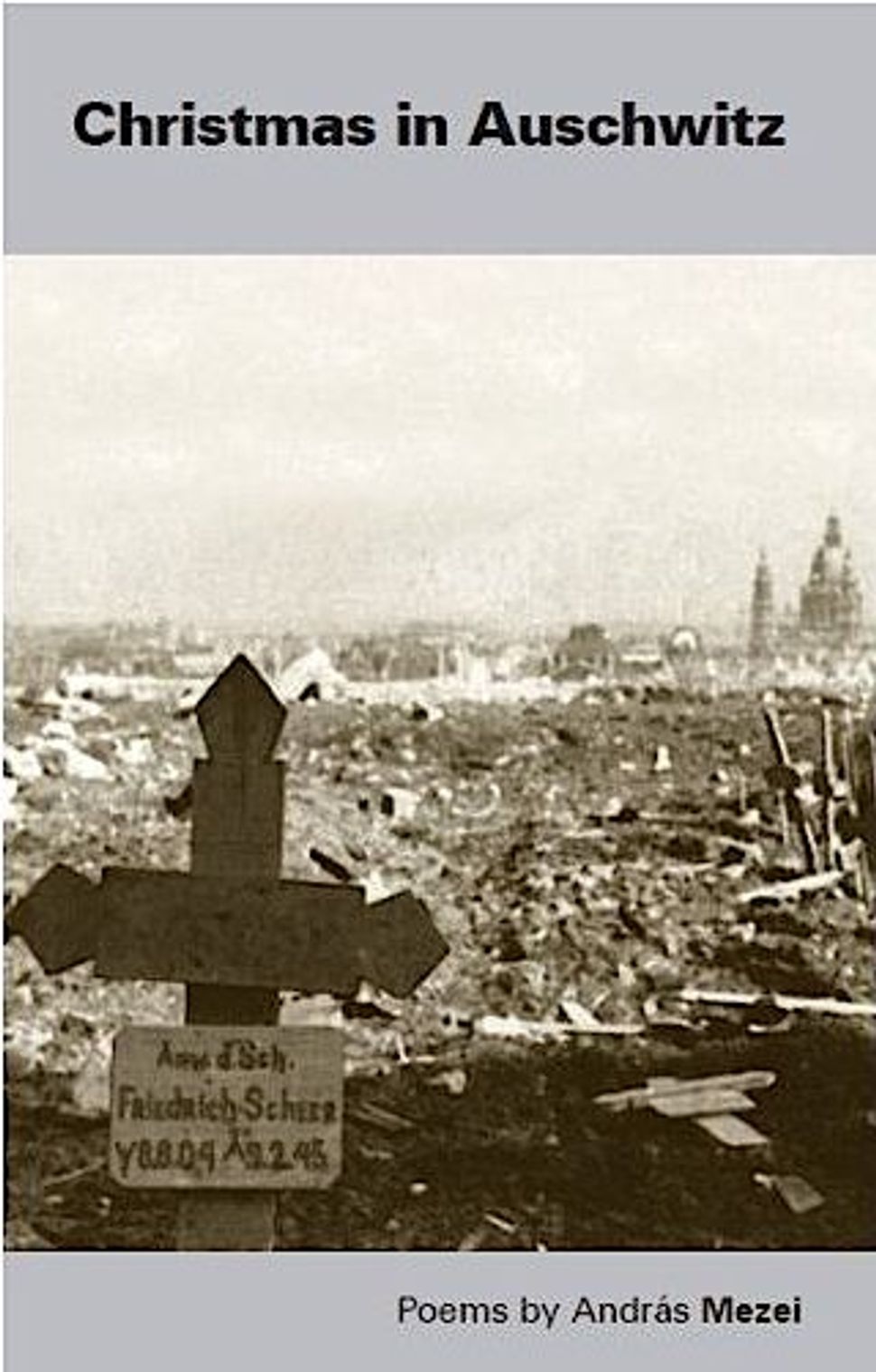 Mezei survived the Holocaust as a child in the Budapest Ghetto where some 17,000 people perished from hunger, disease and the fancy of uniformed bandits. Mezei’s father, a jobbing fiddler usually engaged to play in taverns and fairgrounds, perished at Auschwitz.

Unlike the other great poets of the Holocaust such as Paul Celan, Primo Levi and Miklós Radnóti, Mezei refused to come to terms with death. Indeed, his work is a celebration of the unconquerable spirit of his people. And unlike Anne Frank, he had the time to give voice to the concerns of the victims while he was at the height of his literary powers. This is how he sums up the experience of the survivor in a single couplet:

How many nights must pass before
I need not wake up anymore?

I first met Mezei shortly after the Second World War. We were both recovering from the trauma of the Hungarian Holocaust in a camp for Jewish children at Békéscsaba, run by the Socialist Zionist movement Dror Habonim. It was also preparing us for emigration to Palestine, mostly on board ships like the famous Exodus, which were running the British blockade.

Mezei went to Palestine and found employment as a semi-skilled labourer, but returned to Hungary after a year and a half because he thought he stood a better chance of attracting a girlfriend in the land of his birth. Eventually he read literature in Hungary and became a poet, novelist, polemicist and literary journalist. Like many Holocaust survivors he embraced the ideal of Communism in the hope of building a just society free of racial, religious and class prejudice. His first serious doubts arose over the brutal suppression of the 1956 Hungarian Revolution against Soviet power.

After the collapse of Communist rule, Mezei founded Budapest City Press as well as Central European Time, a literary-political journal that played a leading role in the reconstruction of post-Soviet Hungary.

I met Metzei again during the transition to democracy, when he commissioned me to translate his Holocaust poetry into English. Mezei’s poetry draws on the culture of destitute, itinerant provincial Jews carving out a precarious existence in the rapidly industrializing, complex society of inter-war Hungary. But the voices of the Holocaust speaking through Mezei’s verse transcend the limits of class and nationality as well as the geographical frontiers of Nazi-occupied Europe. He called these pieces “fact poems,” as they are based mostly on his personal experiences, along with interviews of survivors, fragments of correspondence, medical and administrative records, and analyses and post-war criminal proceedings. Yet Mezei’s work displays no thirst for vengeance. Consider his gentle portrayal of passive bystanders:

The people they’ve lived with in the village
are being herded in front of closed portals,
still and silent each. The fences
would conceal all sight, all feelings,
except for the tea-rose, the violet and weed
leaping through to reach out towards them.

The Hungarian Holocaust culminated in the destruction of some 600,000 civilian lives, while those who remained in Budapest were crammed into specially designated tenements under armed control. Many others sought survival in hiding. Both groups were exposed to persecution by law enforcement and paramilitary agencies, persistent aerial bombing by the Allies and the eventual three-month Soviet siege of the city, whose ferocity is widely compared to that of Stalingrad. Mezei describes the consequent epidemic of casual murder:

She carefully unlaced her grandmother’s boots,
then kicked off her own. Before the pair: the river.
Behind them: Jason, the neighbours’ son from the square
lit by the frozen snow – and his machinegun.
Jason, discharging his first-ever magazine.
Jason, standing stunned as the tumbling bodies
are whisked away and gone with the turbulent current.
…Had he done that? Was there so little to life?

Many of the Hungary’s great Holocaust poets are largely ignored at home, although they are becoming known abroad. And those who cannot be ignored are often misrepresented. Yet Mezei’s poetry is part of a process of healing. He writes:

Mezei was deeply religious, passionate and cantankerous, shrewd and naive, generous with his love and famously mean with his money. But he published a long list of worthwhile books at a perpetual commercial loss unfailingly recouped from Jewish funding agencies, the post-Communist Hungarian political elite and a bewilderingly complex web of private enterprises.

I began translating poetry as a young man in the hope of learning from my betters. I saw myself as a fine-art student in a public gallery copying the work of a great master in order to learn his techniques by re-creating the same composition on a different canvas.

But there is now a very urgent, very different dimension. I believe that the poets of the Hungarian Holocaust like György Faludy, Eszter Forrai, Ágnes Gergely, Éva Láng, Magda Székely, Ernö Szép and Mezei can now take their place in the European literary tradition. Their poetry may perhaps help the post-Holocaust generations to face our dreadful inheritance together.