The Tragic Lives and Loves of Joyce’s Russian Translators 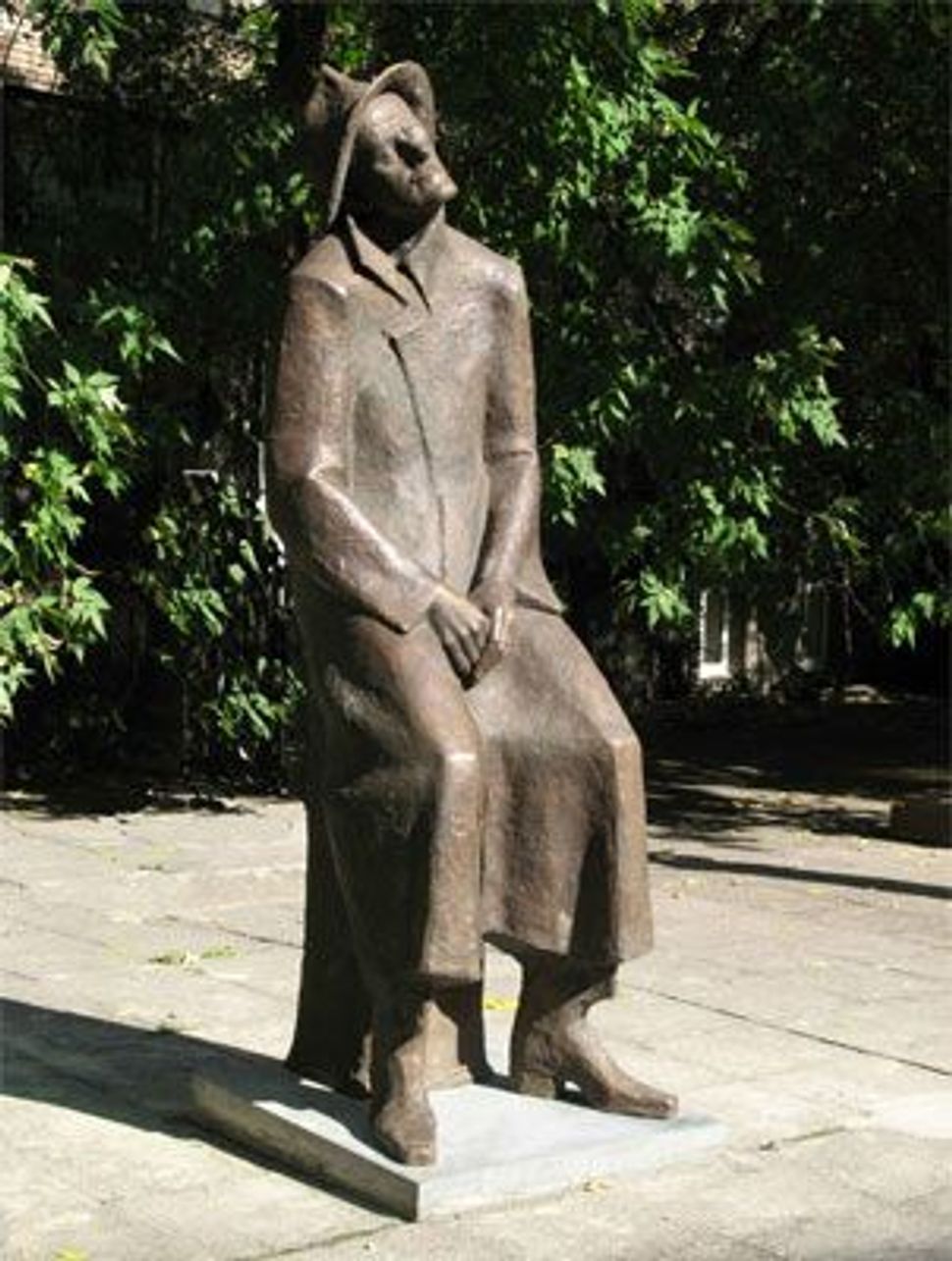 Mikhail Yakovlev?s sculpture of James Joyce in the yard of the State Library of Foreign Literature in Moscow. Image courtesy of the artist.

Like its border-transcending protagonist, the story of the novel itself doesn’t end in Ireland. In the USSR, James Joyce was long considered a dangerous and forbidden writer.

The first Russian translator of “Ulysses,” Igor Romanovich (1904-1943), was arrested in 1937 for his literary activities and died in the Gulag. His wife, Elena Verzhblovskaya (1904-2000), also spent almost four years in the Gulag after being brutally beaten by her captors for refusing to confess to crimes she never committed.

After Romanovich’s death the task of translating “Ulysses” was continued in the 1970s by Victor Hinkis (1930-1981). But Hinkis was also unable to publish his translation, and he died of illness and alcoholism brought on by anguish and depression. Only in 1989, at the end of Mikhail Gorbachev‘s Perestroika, did the literary magazine Foreign Literature published the first full translation of “Ulysses,” based on Hinkis’s work. In 1993, two years after the dissolution of the Soviet Union, the Russian version of Joyce‘s famous novel appeared for the first time in book form.

Now Katerina Ksenyeva, a Russian actress, singer and journalist, is working on a film based on the fate of “Ulysses’s” Russian translators called “The Joy of Love to Joyce.” She was inspired by reading Verzhblovskaya‘s memoirs, in which the author described the mystical visions she received of her husband, even after his death.

Ksenyeva is a woman of many talents. She played the role of Dasha, a destitute Russian dissident, in the celebrated 2008 film “Don’t Think About White Monkeys,” directed by satirist Yuri Mamin. She is also working on recording her vocal composition “New York, New Life, New Love” with David Quinones, the producer of IMOK Gospel and Holy Ground Music, dedicated to all New Yorkers in memory of the September 11, 2001 World Trade Center terrorist attack victims.

I learned of Ksenyeva’s film after she contacted me and invited me to co-write the script. Both of us were born in St. Petersburg and have many common interests. In Ksenyeva’s view, our collaboration on this film is imbued with our mutual interest in mysticism and our dedication to social justice.

“The Joy of Love to Joyce” is a film about the extraordinary love between two inspired people, about their passionate and tragic devotion to Joyce’s writings, and about the miraculous occurrences that happen to the heroine of the film, Elena Verzhblovskaya. The cruel reality of Soviet life under Stalin and images from Joyce’s works are fantastically interlaced throughout the narrative. I am contributing the Irish part of the script, which is intertwined with the lives of the Russian translators. Ksenyeva hopes that my knowledge of Irish and Jewish religious traditions can lend an extra dimension to an already compelling story.

The Tragic Lives and Loves of Joyce’s Russian Translators