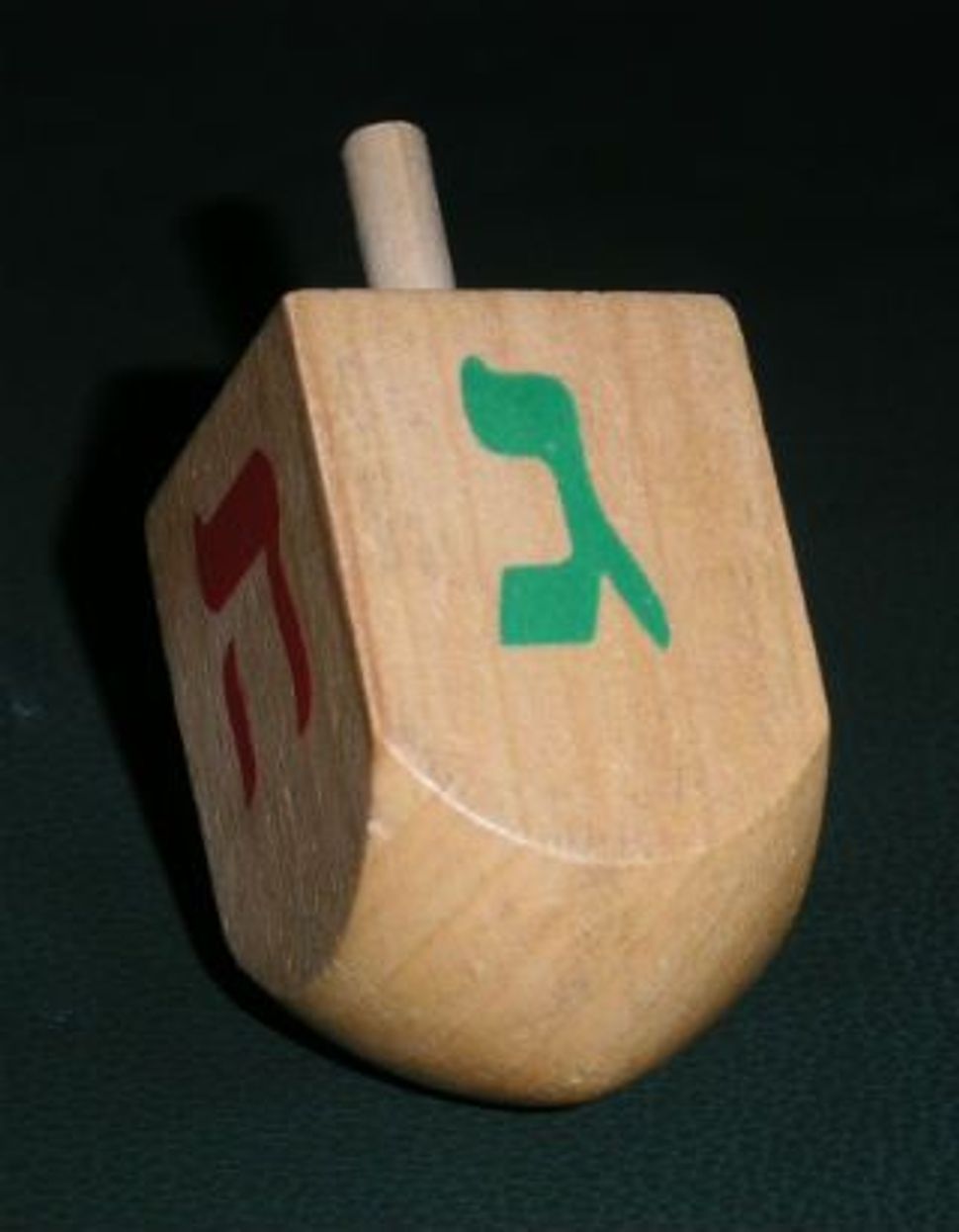 When is a dreidel not a dreidel? When it’s a stand-in for male genitalia in a tabloid story on a rabbi’s sexual escapades.

According to today’s New York Post, Rabbi Avraham Rabinowich — vice president of the Long Island Board of Rabbis, and head of the Bellmore Jewish Center — was “caught with his dreidel out in a string of sordid sex tapes, according to sensational Manhattan court records.”

Rabinowich “allegedly made appointments with prostitutes on the Sabbath shortly after services,” the Post reports. “He was then caught on camera in a hotel room enjoying some hard-core, commandment-breaking action, according to blockbuster court papers filed in state Supreme Court in Manhattan.”

The non-kosher dalliances were secretly filmed after a “bitter custody battle” between Rabinowich and estranged wife Amora, “a respected psychologist.” The recordings were entered as evidence into the record of the rancorous custody case. “Since when are prostitutes kosher?” Amora Rabinowich told the Post. “He was coming to court claiming he was this pious individual, but he was using the phone on the Sabbath to meet prostitutes. And what kind of rabbi is he? He didn’t even take these prostitutes to the mikvah [Jewish ritual cleansing bath] first. What is he doing, praying or laying?”

A judge ultimately decided the X-rated video was not relevant to the case, and the couple were granted joint custody of their three boys earlier this year. But Amora Rabinowich told the Post that the incriminating images — never released publicly until now — may still come back to haunt her ex-hubby when she makes a motion to the court to move their kids to the West Coast on August 17.