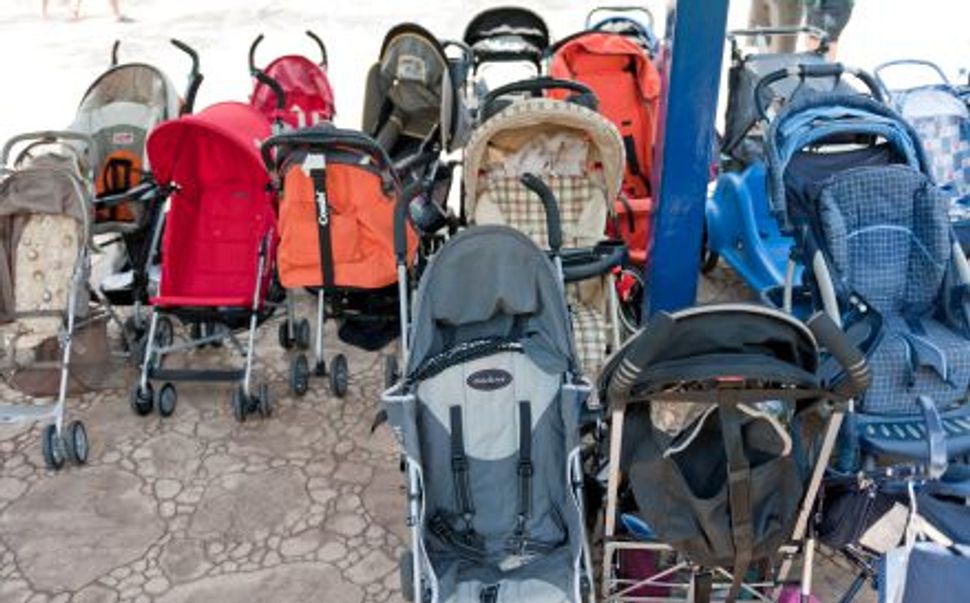 Just the other week, The Marker ran a big story on the comparatively high cost of raising children in Israel, as compared to other countries. Everything from diapers to strollers to baby clothes and toys seem to cost more in Israel.

Now, The Marker reports that, in response to concrete information supplied the public by that article, parents are rising up in protest. With their hunch about the economic burden of parenting confirmed, they are planning to join the many other protesters (young people angry about the cost of housing, striking doctors, and others) clogging the streets of Israel this week.

A national “stroller march” is being planned for Thursday. Parents — pushing their children in strollers decorated with yellow balloons — are going to hit the streets of Tel Aviv, Haifa, Rishon LeZion, Netanya, Kfar Sava, Rehovot, Raanana, Hod Hasharon, Beer Sheva and even Sderot in a coordinated effort at 5:30 p.m.

Jerusalem’s march has been postponed until Sunday so as not to conflict with tomorrow’s scheduled Pride parade there.

This is a grassroots effort, and thousands are expected to turn out. The word has gotten out fast through Facebook pages in Hebrew, English, Russian, Arabic and Amharic. There has been a huge response from mothers in the religious community. On the other hand, there has been no word from the Arab community as to whether they will participate, but organizers believe it is just a matter of time before the Arab population comes on board, as well. Naamat, which runs many daycare centers and provides services for mothers and children is supporting the initiative.

The main demands of these parents who are tired of paying up to $3,600 NIS per month for daycare are: free education for children from the age of three months, governmental controls on the prices of basic products for children, a longer maternity leave, the elimination of the extra charge to bring a stroller on public transportation, and making the salary of a nanny or babysitter tax exempt. The mothers are planning to strike on August 1 to amplify their demands.

Liat Vardi Bar, one of the organizers, said, “We didn’t think this would be so crazy. I’ve never experienced anything like this. This is like the solidarity of revolutions that you’ve read about in history books. It’s really exciting. You realize that everything that you thought you alone were dealing with—is really a very common cry. There are tens of thousands of parents all over the country who can’t live normally.”

As broke, tired and overstretched Israeli parents are, it appears that they are going to find the energy to march en masse with their children tomorrow after work. Unless you want to get run over by a stroller, don’t stand in their way — because baby, they mean business.