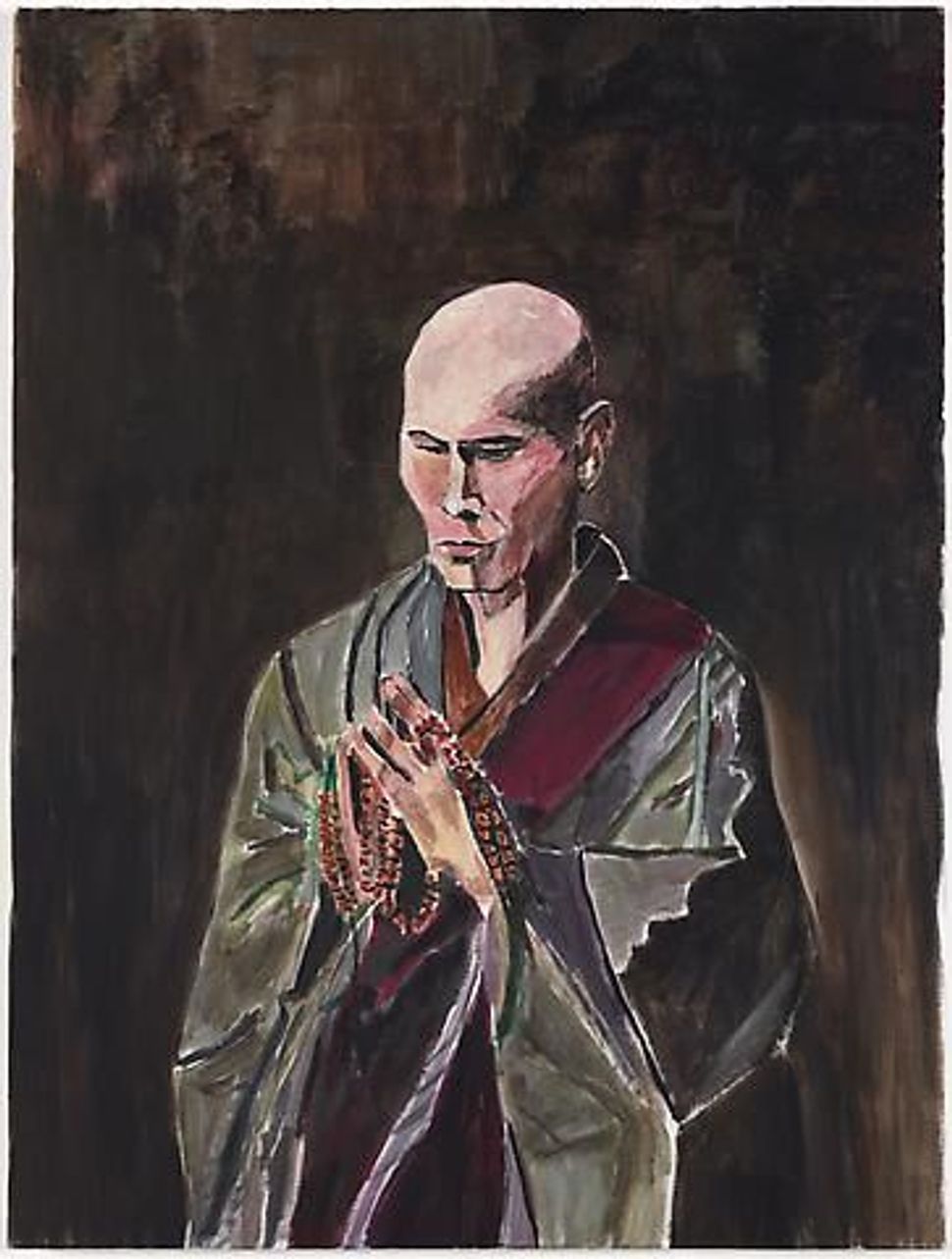 While you have to admire Bob Dylan’s persistent touring now that he’s in his 70s, even die-hard fans admit that the singer-songwriter’s voice is pretty much shot. If you’re not likely to get much aesthetic pleasure out of a Dylan concert these days, however, there are other ways to appreciate his recent work.

Starting today, Dylan’s paintings are being shown for the first time in New York in an exhibit at the Gagosian Gallery titled “The Asia Series.”

For decades Dylan has dabbled in drawing and painting, creating album covers for The Band’s 1968 “Music From the Big Pink” and his own 1970 album, “Self Portrait.” According to the Wall Street Journal, Dylan also credited the success of 1975’s “Blood on the Tracks” to his studies with New York City painting teacher Norman Raeben.

In recent years, Dylan has begun showing his work in earnest. An exhibit titled “The Drawn Blank Series” went on view in Chemnitz, Germany in 2007, and in 2008 “The Brazil Series” was displayed at the Statens Museum, Copenhagen.

According to a press release for the current show, Dylan does much of his painting while on tour (which makes sense, since he’s pretty much always on tour), and these particular works were created while traveling through Japan, China, Vietnam and Korea. The exhibit also boasts a catalogue feature an interview with Dylan and John Elderfield, the former chief curator of painting for the Museum of Modern Art.

While few of the images are available online, “The Monk,” a 2009 painting advertising the show on the gallery’s website, seems to indicate that it may be an exhibit worth seeing for reasons other than the fact that it’s Bob Dylan. But let’s be honest — that would be enough.