Friday Film: The Art of Being a Jewish Son 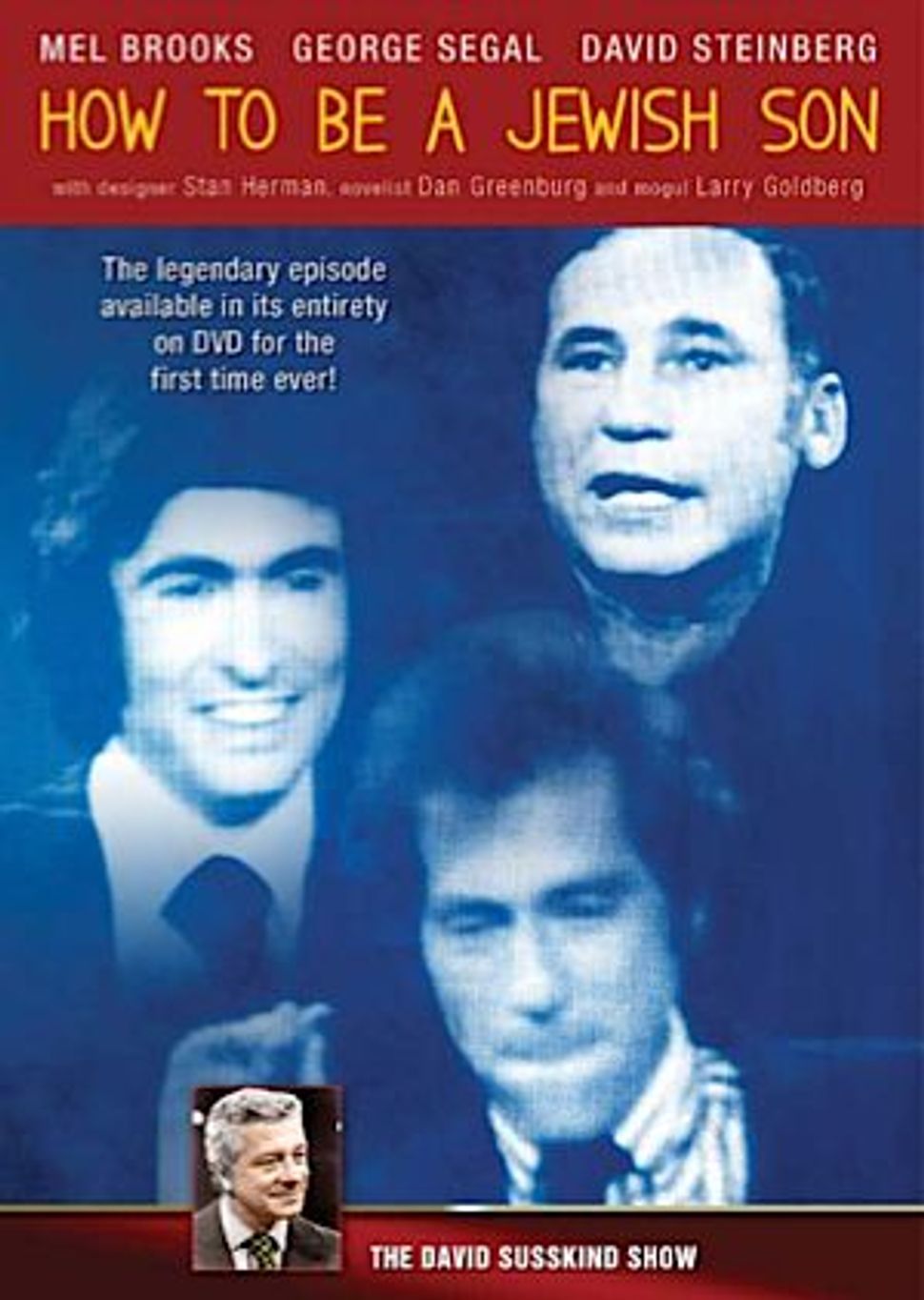 David Suskind was the Oprah of his day. From 1958 until 1987 he hosted a television talk show that discussed controversial issues, from Vietnam to race relations. One of his most popular programs, which he rebroadcast on a regular basis, was “How To Be a Jewish Son.” Originally broadcast in the fall of 1970, it is now available on DVD.

Most of the program was spent talking about the hilarious proclivities of Jewish mothers. Much of what was said does not translate easily into print, but is still recognizable to Jewish sons (and daughters) of a certain age.

Brooks, for example, noted that “I lived with my mother intimately for 22 years and never saw the furniture. On every piece of furniture, there was a sheet to keep the dust off.”

The furniture wasn’t all that was kept out of sight. “I didn’t see a glass until I was 38,” Brooks said. Until then, he claimed, he drank out of old jelly jars.

Though he kidded a lot, Brooks was really a fan of his mother. “I was in analysis for six years and couldn’t say a bad word about my mother. I love my mother, if I could I would go skinny-dipping with her.”

When she got older, Brooks relocated his mother from New York to Miami but became concerned that the change might be too much for her. She told him, “‘I came from Russia. That was a long move. From New York to Miami is not such a big thing.’ So she really was a gutsy lady.”

Greenberg spoke about how effective Jewish guilt can be. “I’m 34 years old, which is a fairly old age for someone who must finish everything on his plate, and everyone else’s plate,” he said. Steinberg added: “My father was the more liberal. He accepted me for exactly what I was: a punishment from God.”

Steinberg’s mother spoke only Russian and Yiddish, but as he became more successful she began sprinkling her conversations with words such as “residual” and questions like, “Is that a network show?”

The only discordant note is when Brooks says he converted to Catholicism after his marriage to Anne Bancroft. He makes fun of it, claiming it’s easier to make the sign of the cross on his chest than two triangles. Still, it doesn’t exactly fit in with the show’s title theme: How to be a Jewish son.

Watch ‘How To Be a Jewish Son’ on Hulu:

Friday Film: The Art of Being a Jewish Son