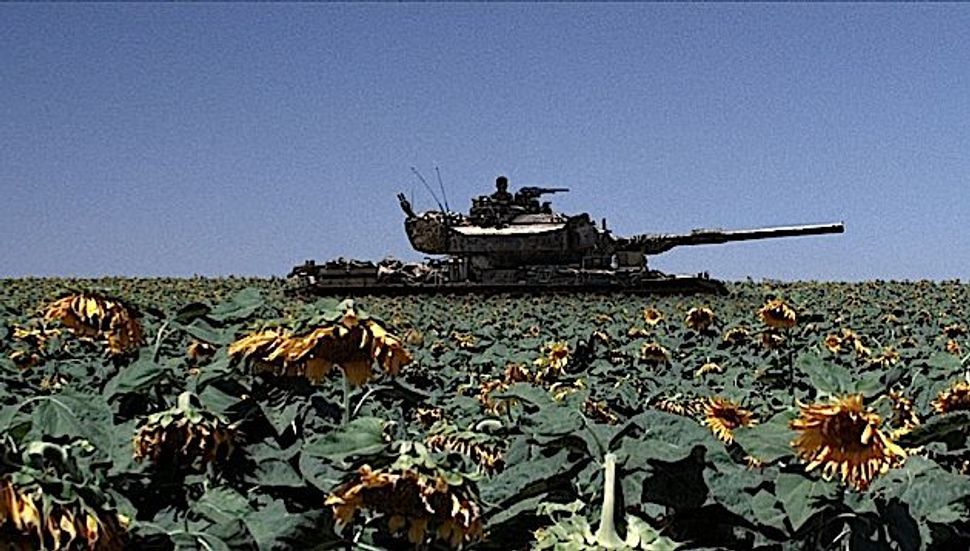 Tank and Sunflowers A moment of relief in the otherwise claustrophobic ?Lebanon.?

With “Footnote” the fourth Israeli film in five years to make it to the shortlist nomination for the Academy Award for Best Foreign Language Film Israel’s recent cinematic prowess is indisputable. Though none of Israel’s total of ten nominations actually won an Oscar there have been many more excellent films to come out of that country and we asked two experts to give us their list of favorites of recent years.

Director of film and literary programs at The Jewish Community Center in Manhattan, Isaac Zablocki grew up in Israel and served in the IDF as an educational filmmaker. He is one of the pre-eminent presenters of Israeli film in America and a driving force behind the Other Israel Film Festival.

Film historian Nathan Abrams is the Director of Graduate Studies and Senior Lecturer in Film Studies at Bangor University, Wales. He recently reviewed a collection of essays about global Jewish cinema for the Forward, and is the author of “The New Jew in Film: Exploring Jewishness and Judaism in Contemporary Cinema” (Rutgers University Press), which is published on February 28.

This is the first decade where one can really rate the top 10 Israeli films and feel that there is worthy competition. There is no doubt that the last decade has been the finest for Israeli films. What I find the top films have in common is a comfort that Israel is developing with its own culture and telling its own universal stories from within.