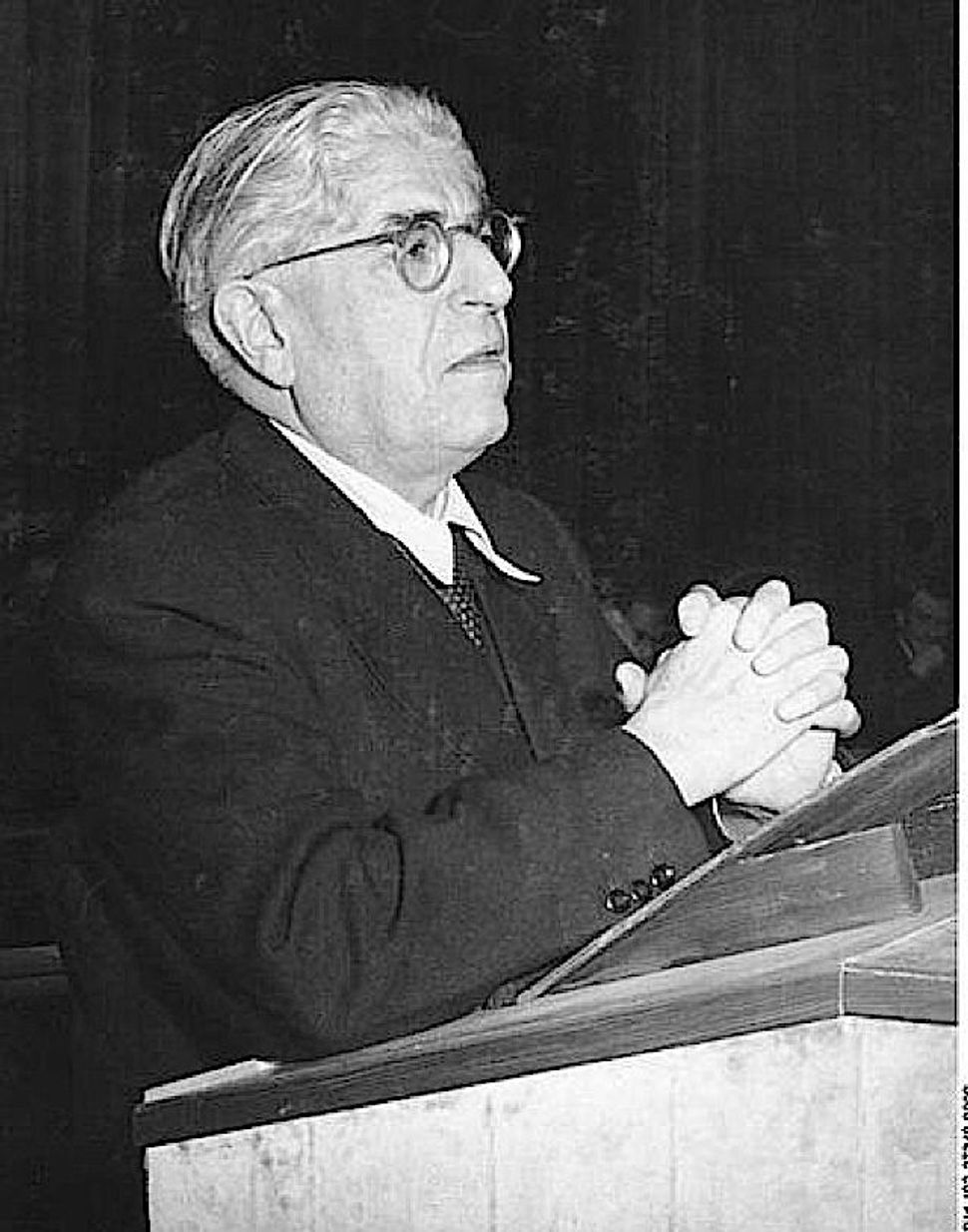 As a philosopher, Bloch was influenced by Karl Marx and G. W. F. Hegel, although he was also drawn to novelist Karl May, a German creator of tales for children about the American West. Although Bloch cultivated friendships with the Hungarian Jewish philosopher Georg Lukács (born Löwinger György Bernát), Kurt Weill and Theodor Adorno, little of a personal nature was known about him by readers until 1978, when Suhrkamp Verlag published a collection of intimate jottings written after the death of his first wife Else in 1921.

Still unavailable in English, this touchingly eloquent text from Bloch’s thirties appeared in a French translation by Lucien Pelletier, a professor at the University of Sudbury, Ontario, in November from Les Éditions de la Maison des sciences de l’homme. Entitled “In Memoriam Else Bloch-von Stritzky,” the book humanizes the political philosopher, recalling how his late wife was “distressed not to be Jewish (authentically Jewish, of pure Semitic background, like Margarete Susman).”

A remarkable Hamburg-born German Jewish woman of letters, Susman was a close friend of the Blochs for many years. Else’s dream, Bloch further recalled, was to visit the Holy Land with her husband:

Just thinking that she might see all that one day, with me at her side, would move her to tears.

As part of the mourning process, Bloch transcribes sympathy notes from friends, including Walter Benjamin who praises Else as a “being who, in all her behavior, brought us inconceivable comfort.” These letters, from Jewish intellectuals such as the economist Emil Lederer, the poet Marta Karlweis and her husband the novelist Jakob Wassermann, all concur that Else was “luminous,” which Bloch adds was strictly true. He recalls an incident in which, upon meeting her for the first time, the orchestral conductor Wilhelm Furtwängler “literally stepped back when confronted by the power of the beautiful light” which she emanated.

As solace, Bloch repeatedly reflects on Gustav Mahler’s “Song of the Earth” in performances which he attended, conducted by Bruno Walter. Bloch especially relished the piece’s last movement, “Farewell,” with its words: “I wander in the mountains. I am seeking rest for my lonely heart.” Bloch exclaims: “Mahler, my brother!”

Listen to parts of Mahler’s “Song of the Earth” conducted by Bruno Walter, which consoled Bloch.