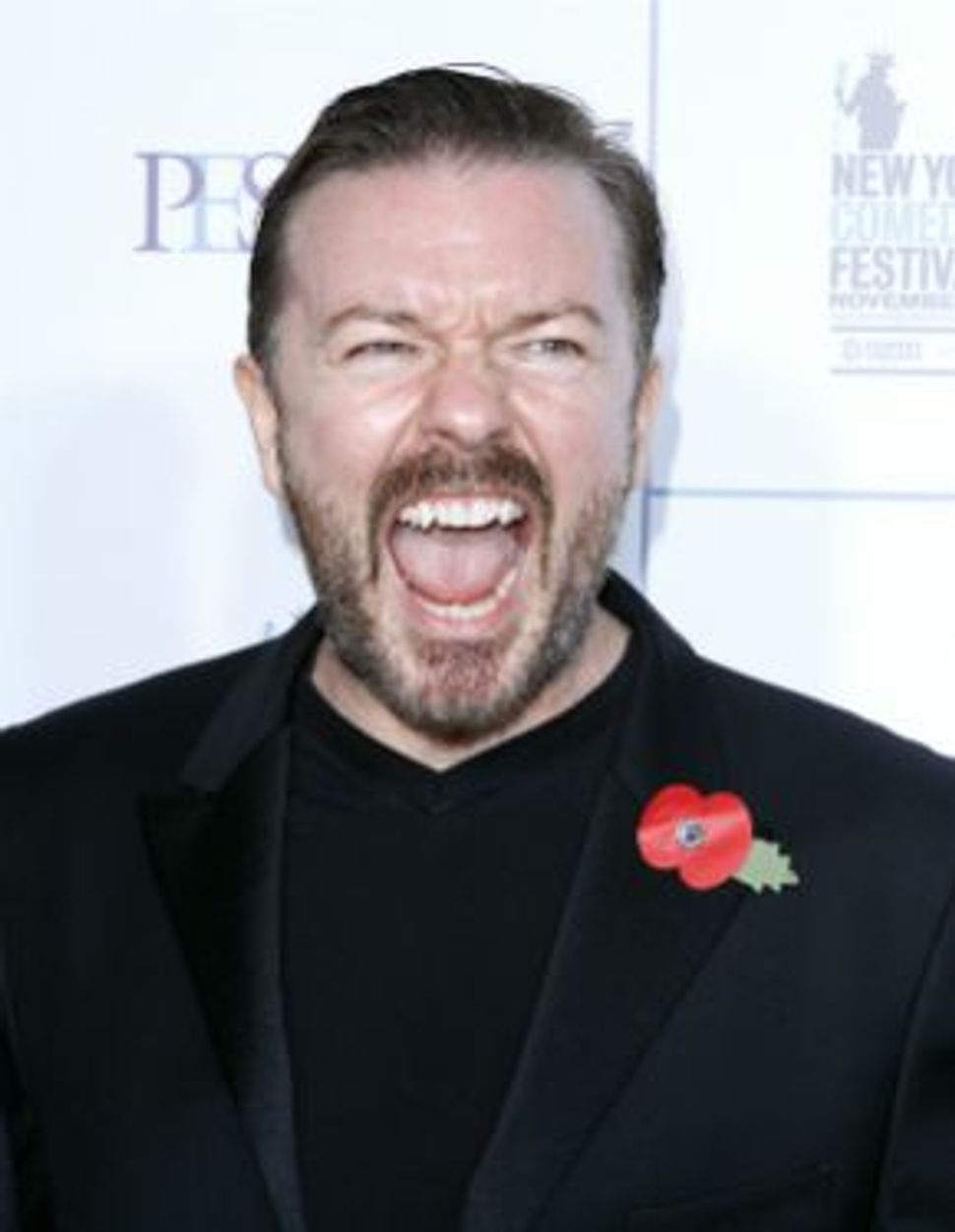 L’affaire Gervais continues to snowball. And despite an open letter from comedian Ricky Gervais in London’s Jewish Chronicle this weekend, the controversy over his Holocaust jokes keeps intensifying.

Some backstory: As the Forward reported last week, Gervais went off about the Holocaust and Anne Frank on an early-April episode of the Jon Stewart Show. Among the comic gems Gervais shared: a line saying the Franks “were hiding in the attic to avoid paying rent to their landlord.” He also went on and on — while grinning — about how he couldn’t understand why the Nazis had not found Anne earlier. “Nazis must be stupid,” he exclaimed.

After a blogger for Hollywood site TheWrap.com joined the chorus of condemnation for Gervais, the comedian struck back with a prickly letter in the Jewish Chronicle. The message: I can joke about whatever I want.

I can see if you took this routine at face value as my real opinion on this profound and heroic tragedy, it could be deemed highly offensive,” he wrote. “However, this is obviously an absurd comic position with the audience well in on the joke, fully aware that I am saying the exact opposite of what every right-minded person thinks.

I often get accused of finding comedy in places where no comedy is to be found. I feel you can make a joke about anything. It just depends on what the joke is. Comedy comes from a good or a bad place and the problem is in its interpretation, with some people confusing the subject of a joke with the joke’s real target. The target of this joke is the comedian’s ignorance.”

Dan Bloom, the Wrap.com blogger, was having none of it. In A Second ‘Open Letter’ to Ricky Gervais on His Anne Frank Jokes, Bloom berated Gervais for “missing the point…. Ricky, you must be careful when you joke about the Holocaust. Go to Google and see how many people who still hate Jews and feel the Holocaust didn’t go far enough. They lap up your Anne Frank jokes as more ammunition to use against Jewish people today!”