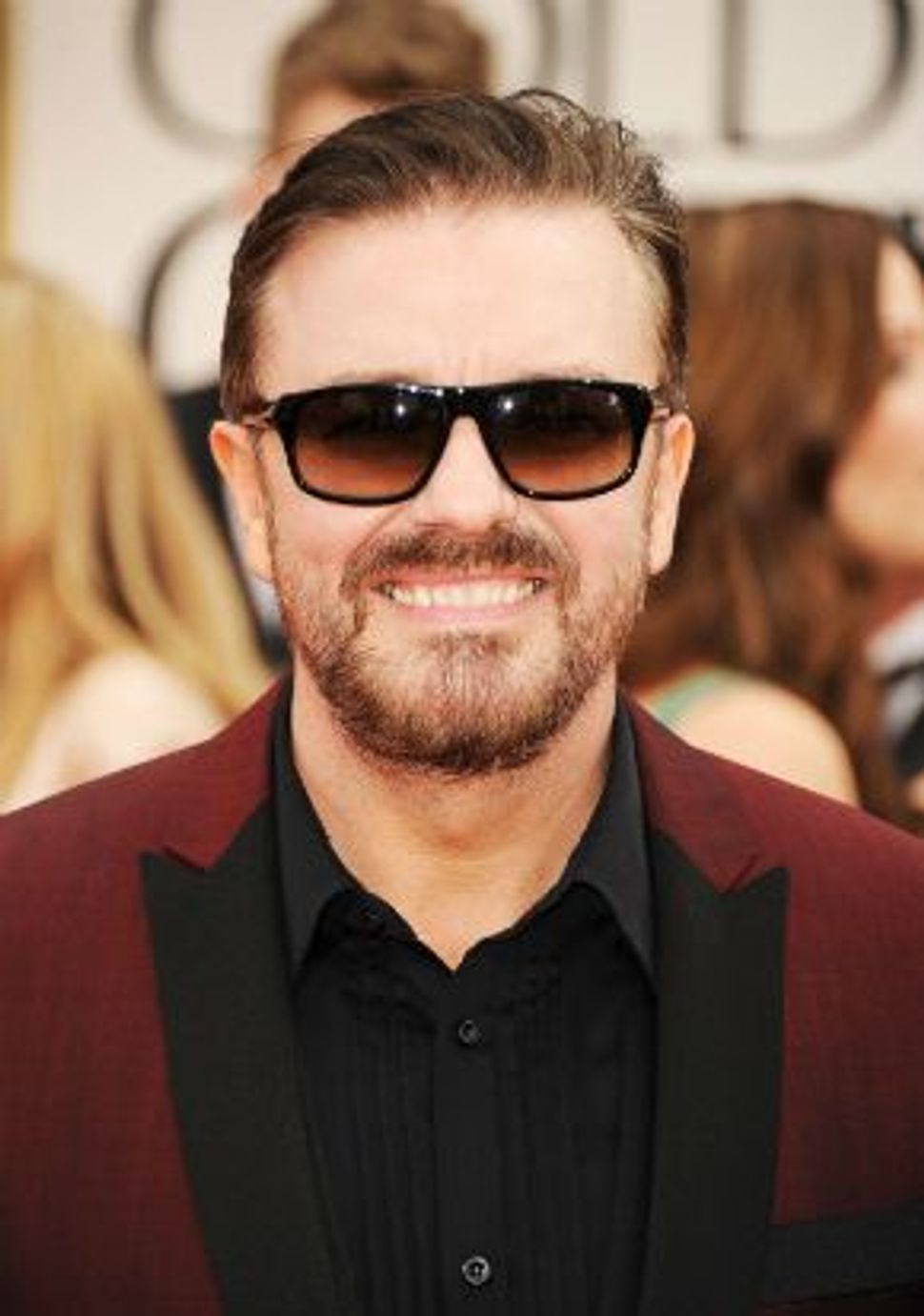 Jon Stewart seemed uncomfortable with some of the things guest Ricky Gervais was saying about famous Holocaust victim Anne Frank and the Nazis on the Daily Show on April 11. But while Stewart took it no further than trying to humorously push back at Gervais during their broadcast conversation, a guy in Boston named Dan Bloom is taking Gervais’s remarks more seriously. He has started a petition and is calling for “a worldwide boycott of any TV shows showcasing the sick anti-Semitic humor of Ricky Gervais and [Gervais’s professional colleague] Karl Pilkington, both ugly and sick anti-Semitic Brits.”

What upset Bloom so much was Gervais’s telling Stewart that Pilkington thought that Anne Frank and her family were hiding in the attic to avoid paying rent to their landlord. He also went on and on — while grinning— about how he couldn’t understand why the Nazis had not found Anne earlier. “Nazis must be stupid,” he exclaimed.

Gervais claimed to have had to educate Pilkington about the Nazis and World War II, but from what he was telling Stewart about how he thought the Nazis searched for hidden Jews, it was clear that he really didn’t know what he was talking about. Or maybe he was just trying to be funny — something neither Bloom nor others found him to be.

Bloom has invited others to join him in the boycott. “I am taking this boycott campaign to the news editors of the Jon Stewart Show, Comedy Central, CNN, the New York Times, the Guardian, and 25 other major newspapers in the world,” he wrote. “This is not a Jewish boycott. This is a boycott of all lovers of comedy and humor who HATE comedy and humor that belittles the dignity of all human beings, whatever they race or color or religion and nationality.”