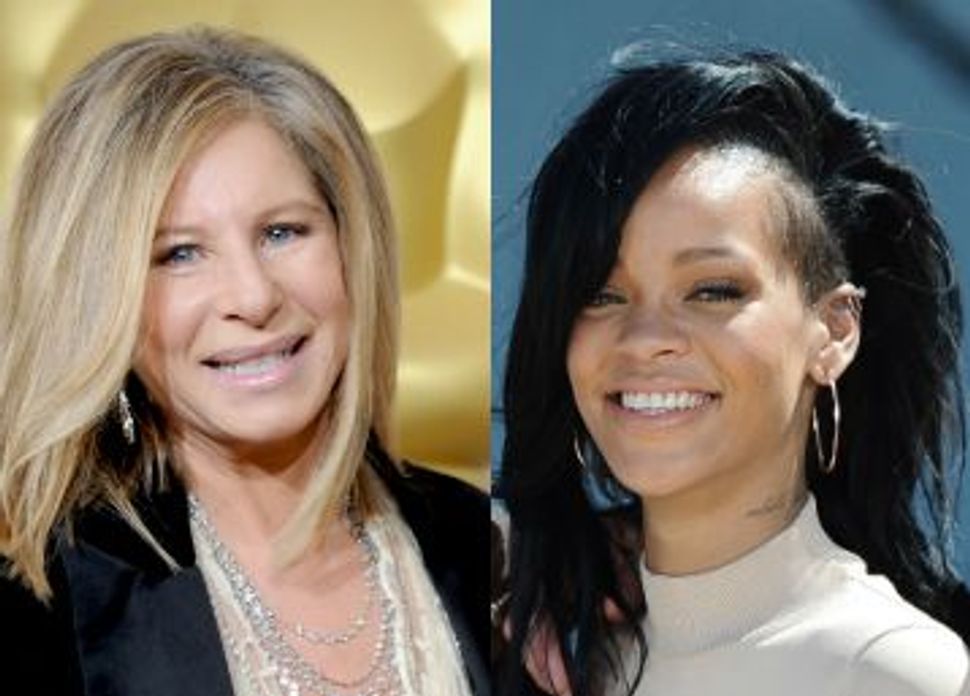 The musical stalwart recently nabbed a contract extension with Sony Music, where executives are asking Streisand to do an album of her old standbys with younger artists. If this gambit sounds familiar, it’s because that’s exactly what propelled Tony Bennett back up the charts with his recent album, “Body and Soul.”

Bennett collaborated with the likes of Lady Gaga and Amy Winehouse for his project. Page Six mentions that Streisand is looking at Adele and Rihanna, who would both be interesting match-ups with Brooklyn’s favorite funny girl. But the Shmooze wonders whether she might also look to other Billboard-toppers for her pairings.

Babs and Bon Iver might make the ultimate tearjerker ballad. What about a version of “Cryin’ Time” with Kanye West? Or “I’ve Got a Crush On You” with Justin Bieber? Talk about cross-generational appeal.

Streisand is also set to do a concert at Jay-Z’s own Barclays Center in Brooklyn. Maybe he can introduce her to Beyoncé? If anyone can keep up with her, it’s Streisand.