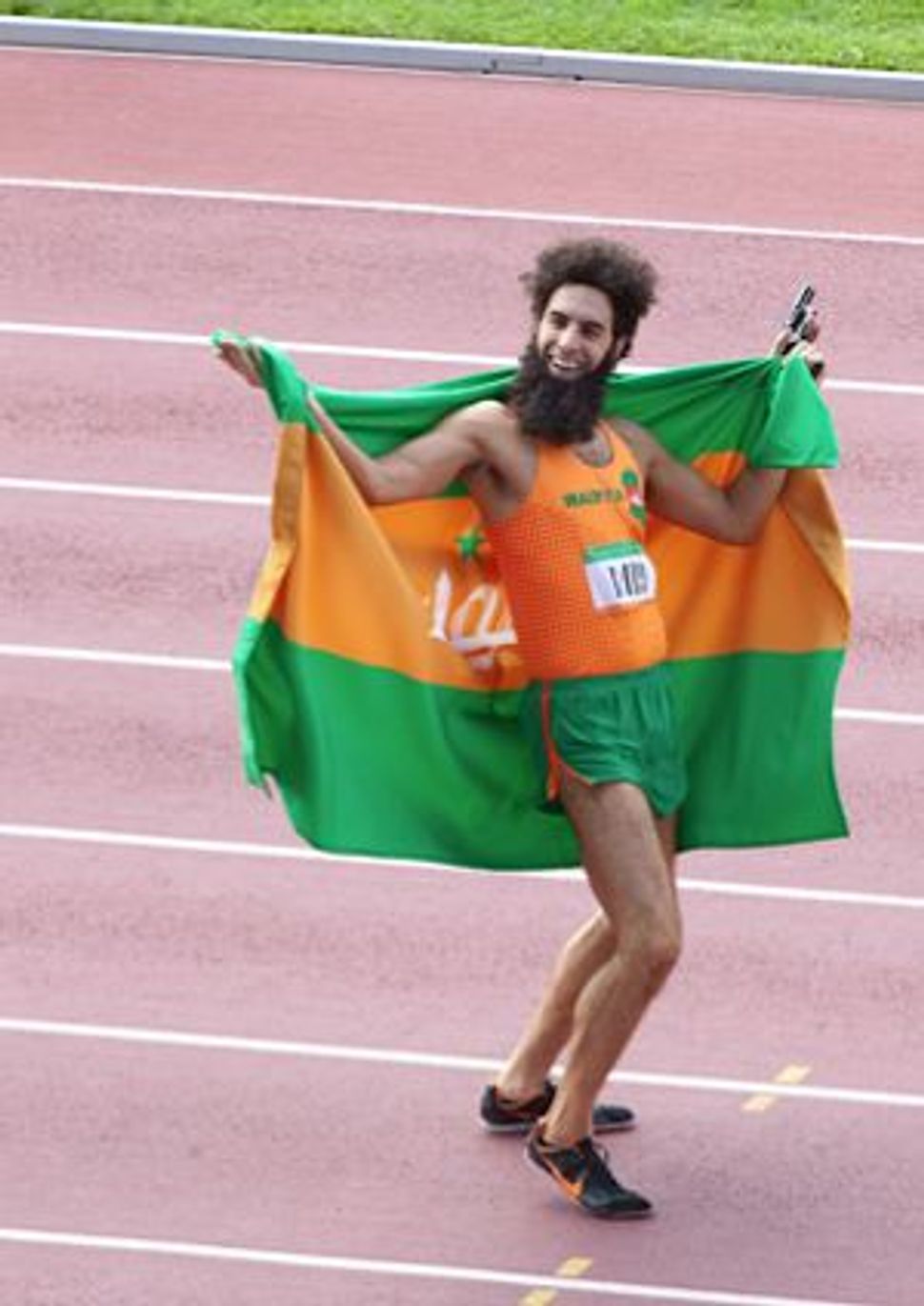 After I was mercifully saved from the bourgeois enjoyment of a sailing trip off the Horn of Africa in 2008 by the merciful boats of the Navy of Wadiya, I spent several months lying prostrate at the doors of a Wadiyan palace hoping that the then Colonel-General Aladeen would release me.

In early 2010 he deigned to lean out of the door and cover me in the divine mouth-water that meant I would be free to leave as soon as my family sent him a Mercedes Benz S600 and a copy of Lil Wayne’s “Rebirth.” So it was with great personal fondness that I submitted a few questions to him via the intimate medium of email.

Dan Friedman: The peoples of Egypt and Tunisia rose up against their very own rulers. What can dictators do about the Arab spring?

Colonel-General Aladeen: I think that the Arab Spring is a passing fad, like the Atkins diet, or human rights, and you’ll find that pretty soon it will turn into the Crackdown Summer, Torture Fall and Execution Winter. But you know the Arab Spring could have been avoided. I told Mubarak a thousand times: “If you get Wi-Fi in your palace, put a f**king password on it. The people will start using it.”

When we talked to Mousa Abu Marzook from Hamas, he was surprised that Jews ordain women rabbis. How do you feel about women in religion?

I don’t really have a problem with women in religion; I am always in favor of women getting down on their knees, and support whatever it takes for that to happen. But I find it so funny that you made a woman a rabbi. Giving a woman power is like putting a dog on roller skates: It means nothing to them, but it is so adorable for us. In Wadiya, “giving a woman power,” means something very different: It involves a car battery and a bucket of water. This said, I would like to make it clear that in Wadiya, women have exactly the same rights as men — none.

George Washington’s landmark letter to the Jews of Newport, Rhode Island, promises that the government of America will give “to bigotry no sanction, to persecution no assistance.” Are you happy that Washington’s letter, long out of sight, is finally being liberated to public display?

Honestly, I don’t have much of an opinion either way. I guess if I had to pick a side, I’d say “no,” but only because I‘m never happy about anything getting liberated. Actually, I take that back. I like when a woman’s breasts are liberated from the enslavement of her brassiere. But that’s it! The woman, obviously, should remain enslaved.

Did you ever use any products of the Jewish hairstylist and anti-racism fighter Vidal Sassoon, who recently passed away?

Wait — Vidal Sassoon was a Jew?! But the secret behind my luxuriously masculine beard is using one whole bottle of Vidal Sassoon Fortifying Shampoo each day. Now I must cleanse it of its Zionism by paying for an overpriced beard trim that does not include tip, and then afterward I won’t even complain about it! Well, I know who was behind this: the Mossad!

President Obama recently came out in support of same-sex marriage. Are you in favor of it, or are your ideas still evolving?

Of course I’m in favor of gay marriage! I’m a tyrant, not an idiot. Just recently, I had Elton John and Ricky Martin perform a duet of “Endless Love” at one of my monthly birthday parties. Yes, this is because Lionel Richie and Diana Ross pulled out at the last second, but I got a wig for Ricky and it worked out fine. At the end of the day, it doesn’t matter what your sexual orientation is. When they’re being tortured, gay and straight people scream just the same — like little girls.

People in America are upset about the CIA allegedly water boarding terrorist suspects and depriving them of sleep. How do you feel about this use of torture?

I would like to state that every single person I’ve ever tortured in Wadiya has signed a full statement admitting that they deserved it and that they actually really enjoyed it. What is the big deal about torture? It’s like advanced tickling! Also, Wadiya has now gone green. All our torture implements are now solar powered. We don’t just dispose of Western journalists, we recycle them; in fact, for every one I behead, I plant a new one in the ground. Alive. And I’m very careful about my uranium footprint.

Obama or Romney? Boxers or briefs?

If you are asking who I would rather take to bed, Michelle Obama or Ann Romney, the answer is, both at the same time. The three of us would be like a scoop of Neapolitan ice cream, representing all the different colors of flavor (me being strawberry, of course). As for what I would use to blindfold them and make sure they can never lead the authorities to my underground sex dungeon, I would have to say boxers.

You’ve seen how American government is of, by and for the people. How do you think it could improve?

You’d need to make some very big changes to improve the American system of government, but I think you could manage it. First of all, I’d make it so you could wiretap phones and detain citizens indefinitely without trial in the name of “national security.” Next, I’d make sure that torture techniques like water boarding were fully legal. Finally, I’d totally ignore the U.N. if they ever told me not to invade another country. I realize this is a big stretch from how America runs itself today, but just try to imagine it.