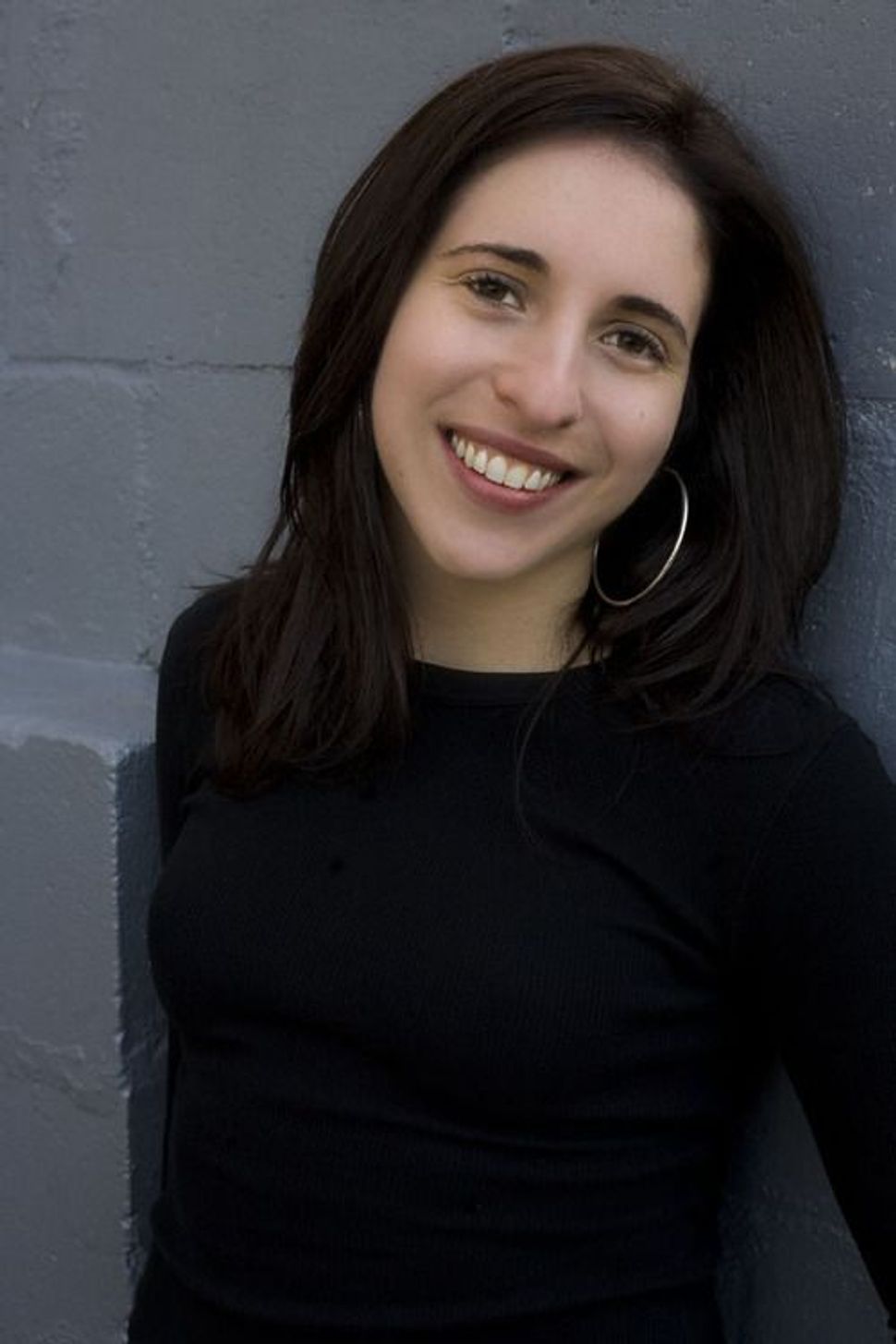 Earlier this week, Dvora Meyers wrote about being an Orthodox Jewish gymnast and the designer of her book cover. Her blog posts are featured on The Arty Semite courtesy of the Jewish Book Council and My Jewish Learning’s Author Blog Series. For more information on the series, please visit: 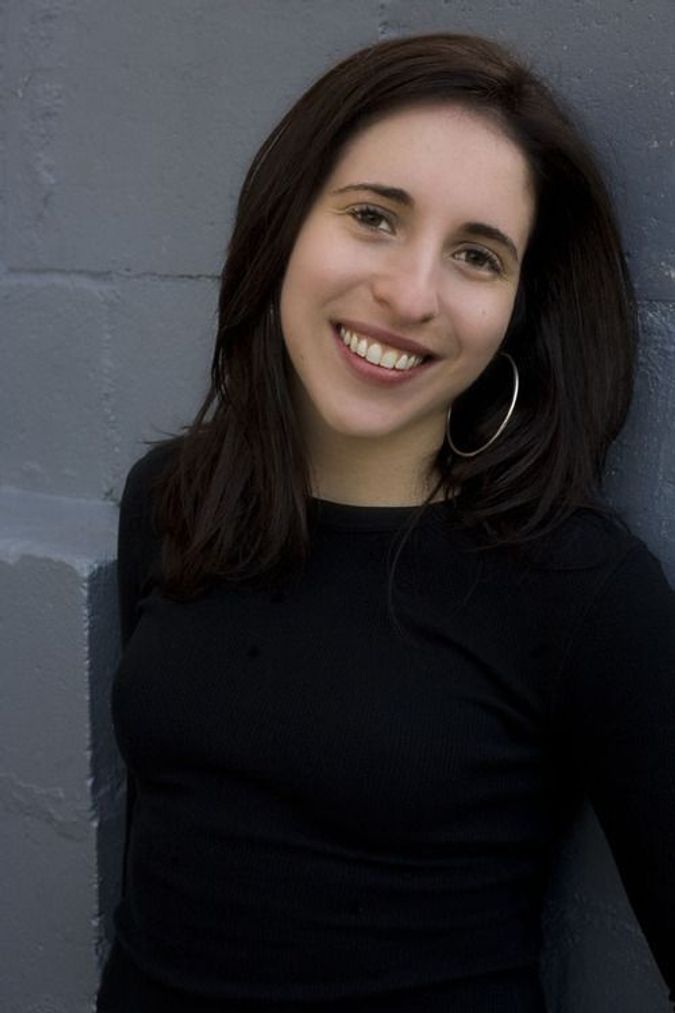 What happens when the saddest day on the Jewish calendar, the Ninth of Av, which memorializes the destruction of King Solomon’s Temple in Jerusalem, coincides with you learning about the U.S. women’s victory at the 1996 Olympics, arguably the happiest gymnastics moment in my 20-year relationship with the sport? Should I cry for the Temple? Or flip for the Magnificent Seven?

Unfortunately, the rabbis never bothered with these (and other) questions in their responsa. I was forced to answer them on my own (I flipped and then felt guilty about it, thus covering both my Jewish and gymnastics bases).

The text above is a snippet from the introduction to “Heresy on the High Beam.” In it, I allude to a story that I never ended up writing out (though I did tell it at my Leotard Optional book launch party, which was just like a “black tie” event except with a lot more spandex). Since I didn’t include the anecdote in any of the essays, I’m giving it away for free here.

During the summer of 1996, I was at sleepaway camp in upstate New York. This camp, a place I attended for nine summers, had strict rules about correspondence — letters only. You weren’t allowed to receive care packages nor were you allowed to make or take phone calls from your parents. This was only feasible in a pre-cellphone, pre-internet age. I know that I’m dating myself here but I don’t mind. I’ll even do the math for you — I’m 29. (Can someone tell me how it works at camps nowadays? Do kids check in on Foursquare when they arrive at the dining hall? And what does the mayor of the mess get? An extra cup of bug juice?)

Anyway, back then I was 13 and was quite sad to be missing the broadcast of the Summer Olympics from Atlanta. The 1996 Olympic Team was my Dream Team, comprised of athletes I had followed ever since I started doing gymnastics at age 8, including Shannon Miller, Dominique Dawes and Kerri Strug. I demanded regular letter updates from my mother back in Brooklyn to know what was going on in the gymnastics competition. She also sent me information about the platform diving since it was similar enough to gymnastics to merit my attention.

During the waning hours of the Ninth of Av, which for Jews is the saddest day on the calendar because it is when the Temple in Jerusalem was destroyed, I was summoned to the camp office. Weak from fasting, I trudged over. “You’ve got a phone call,” I was told. “It’s your mother. She said she needs to talk to you about your scoliosis.”

I took the phone, utterly confused. Though my scoliosis had already been diagnosed, my mother and I were both under the impression that it was minor. (In a few months, however, we’d discover that it was severe and would require spinal fusion surgery. But I digress.) Why would she be calling me about that, I wondered.

“They won!” my mother practically shouted into the phone.

“The Americans! They won the gold medal!” she yelled.

In the background, I could hear my older sister add her two cents. “Tell her about Kerri Strug on the vault!”

This, as many of you probably recall, was the famous vault on a sprained ankle that the squeaky-voiced (and Jewish) Strug did to the bellowing chants of “You can do it!” from her Romanian coach, Bela Karolyi. She vaulted, stuck it and then had to be carried off the podium, helping clinch the first ever team gold medal for the U.S. (Actually, it turned out that they didn’t need her score after all of the numbers were crunched. They would’ve defeated the Russians even if they needed to count a fall from Dominique Moceanu. But forget I mentioned that. Math ruins stories.)

“I wanted to tell you myself,” my mom said, explaining her deception in getting me to the phone, which I obviously couldn’t openly signal in any way since a camp administrator was watching me carefully. I thanked her tonelessly and hung up.

There was still an hour left to the fast and I had been taught at camp that I should feel sad because the Temple was still burning, at least in a historical sense, and would be for several hours, even after we’d been given the OK to eat.

But as I walked along the path back to my bunk, I wasn’t remotely sad. I was happy, jubilant even. My earlier lethargy had been replaced by joy. I started to skip. Then I stopped. Then I started again. I couldn’t help it. My gymnastics idols had won the gold!

I tried a few more times to rein my feelings in and feel sad for something that happened over two thousand years prior but I couldn’t, not when something so wonderful happened less than 24 hours earlier. And I was so touched that my mother, who used to complain endlessly about driving me to and from gymnastics practice, had gone so far as to lie to tell me about the gold medal as soon as possible.That, I thought, is what family is all about.

And, two days later, the entire newspaper arrived in the mail.

Dvora Meyers has written for The New York Times, Deadspin, and Tablet. She was never allowed to compete professionally, but she is the recipient of a gold medal for gymnastics obsessiveness. Her new book, “Heresy on the High Beam: Confessions of an Unbalanced Jewess,” is out now.