Author Blog: The Dangers of Nice 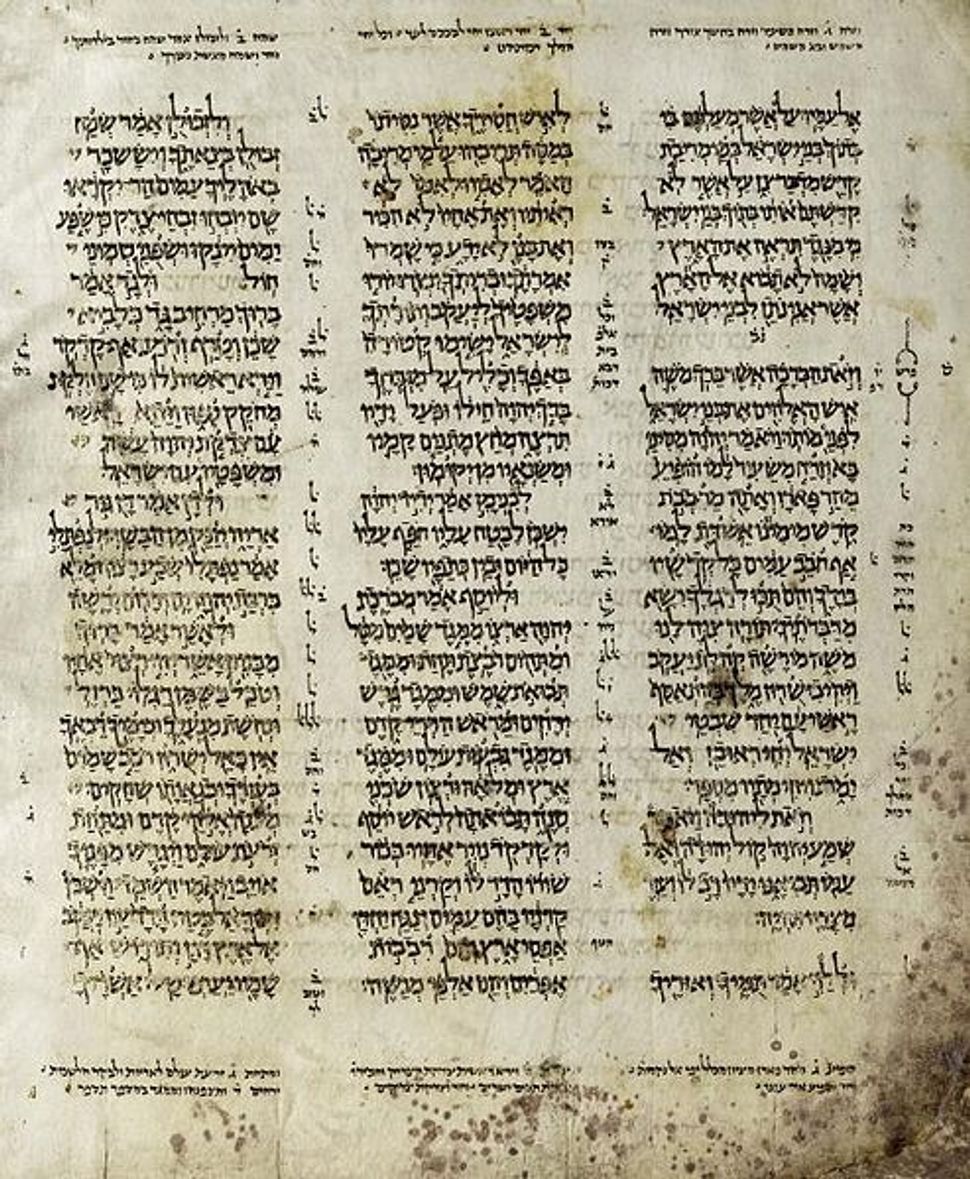 Earlier this week Matti Friedman, a reporter in Jerusalem for The Times of Israel, and author of The Aleppo Codex, wrote about the codex vs. the Kindle and provided a mini-lesson on Jews from Arab lands. His blog posts are featured on The Arty Semite courtesy of the Jewish Book Council and My Jewish Learning’s Author Blog Series. For more information on the series, please visit: 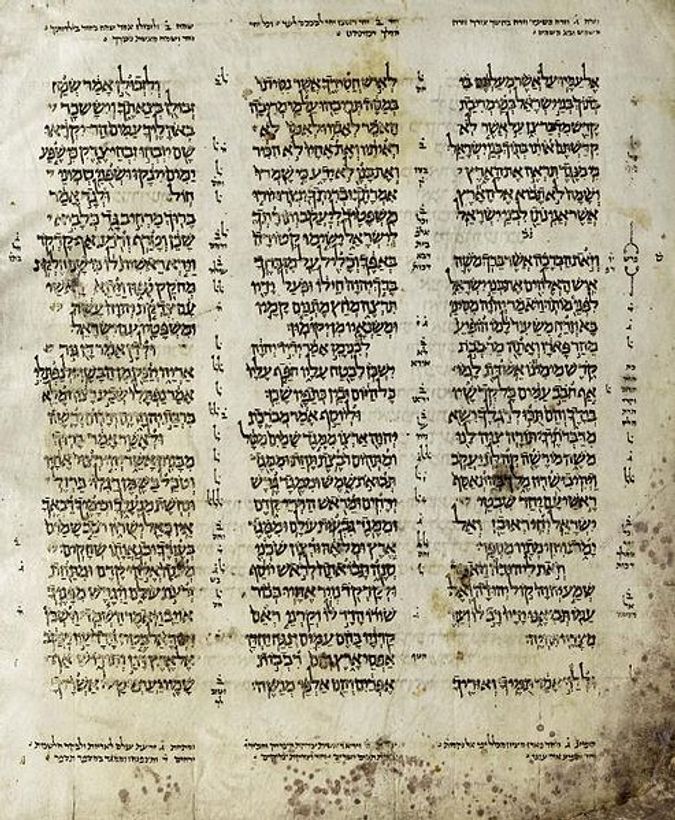 When I set out to write the story of the Aleppo Codex, I imagined that I would be writing an uplifting narrative about how a sacred book was rescued and returned home from the Diaspora to Jerusalem. It was, judging from the information I had at my disposal at the outset, a nice story. But that turned out not to be the case; the existing information was scant, ridden with omissions and often purposely misleading. The reasons for this turned out to be linked to important events in the codex’s recent past, and are, I believe, interesting and instructive for readers of history, and especially of Jewish history.

In 2008, when I started my own project after happening upon the codex at the Israel Museum, only one book had been written about this manuscript, the most important in Judaism and one of the most important in the world. This book was in Hebrew, and had been published in the 1980s by the Ben-Zvi Institute in Jerusalem, the academic body that is the manuscript’s official custodian. While I was working on my book, a second came out, this one in English, written by two American scholars and published by the venerable Jewish Publication Society.

The official story of the Aleppo Codex’s fascinating and tangled history in the 20th century posited that it had been damaged around the time of an anti-Jewish riot in Aleppo in 1947, leading to the disappearance of 200 of its priceless pages; was hidden in Syria for 10 years; and was then smuggled to Israel on the orders of the rabbis of Aleppo’s Jewish community and given to Israel’s second president, Itzhak Ben-Zvi, whose academic institute is still in charge of the manuscript to this day. This is the narrative I knew at the beginning.

In truth, I found in several years of research, very little of this was true. The codex ended up in the hands of the state of Israel through a series of complicated maneuvers by state authorities — the codex was effectively seized using agents who intercepted a Syrian courier in Turkey. The state protected itself by putting forward a false version of events at a subsequent trial in Jerusalem, records of which were then suppressed. And the striking damage to the codex — some 40 percent of it is missing, including the Torah itself — does not date to the 1947 riot, as the official version would have us believe. The codex was seen whole much later. In fact, there is no evidence that anything significant was missing when it reached Israel in 1957, a fact that was highly awkward and was thus covered up.

The professors at the prestigious, government-funded Ben-Zvi Institute could not publish that story, because it would embarrass the state and because the institute also had to hide a rather shocking and long-concealed scandal in its manuscript collection. The historians were torn between two roles — they were academic scholars whose job it was to tell the truth, of course, but they were also protectors of Israel’s official narrative, of its institutions and leaders. In the story of the codex these roles could not be reconciled, so they chose the latter. The writer they employed to author their book about the codex was, perhaps tellingly, a novelist, a sweet-tempered man who lacked a journalist’s nose for dirt and who was then ably manipulated and censored by the academics who controlled the codex and its story.

A reader of that book will find no indication that anyone did anything untoward or was less than entirely honest. There are no agents in Turkey, no lies, no theft, and only the briefest references to a trial. It was a kind of Jewish history acceptable to those who need to be reassured that everyone, especially in Israel, is quite decent and that things are fairly straightforward; the acrobatic exertions that were necessary to turn the true story of the Aleppo Codex into a nice one are evident to an informed reader. As an example of historical writing, it was a travesty.

The key figure in the seizure of the Aleppo Codex by the state of Israel was an Aleppo Jew, Murad Faham, a cheese merchant who risked his life to smuggle the manuscript out of Syria in 1957. Documents and transcripts of the time make clear that Faham had been instructed to take the manuscript to a specific Aleppo-born rabbi in Israel; the Aleppo Jews would never have dreamed of letting it out of their community and did not think the state of Israel had any claim to it. Instead, Faham turned it over to Israeli state authorities and then gave a different version of his original instructions in court. The documentary record on this key part of the story is conclusive.

Yet the second book on the codex, the Jewish Publication Society’s 2010 version in English, gives a version of these events that does not tell that story. The one it does tell is contradicted by the court transcripts and other documents. Inconvenient details are glossed over or omitted altogether. The reason for this is not complicated: Though it does not say this explicitly anywhere, the authors were given money by Faham’s family, and the family, in turn, was given a veto over the content. (One of the authors and the donor told me this in separate interviews.) The result, as in the first book, was a kind of history that had been airbrushed in order to offend the minimum number of people.

And so it happened that in the year 2012, the incredible, uncomfortable story of Judaism’s most important book had never been told before — it had fallen victim to a Jewish weakness for telling nice stories about ourselves.

I have two thoughts on this. First, I must admit, I’m glad — all of this left me, quite unexpectedly, with the kind of story every reporter dreams of stumbling on. And second, it has made me a more suspicious reader of history, and especially of Jewish history. What else, I now find myself wondering, do I not know?

Author Blog: The Dangers of Nice