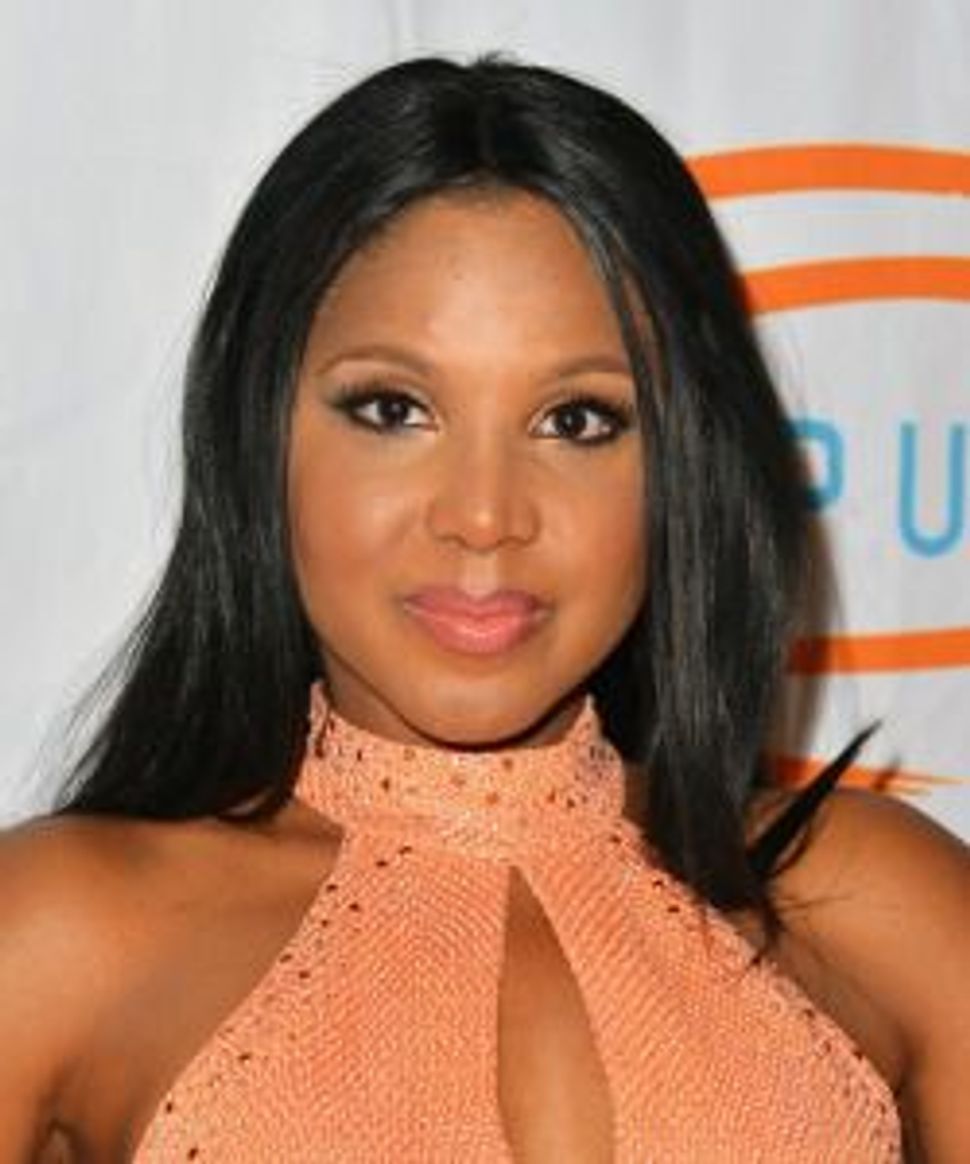 R & B hitmaker Toni Braxton, whose family stars in its eponymous WEtv series, has revealed she has Jewish roots.

In an interview with The New York Times, the Grammy winner said she’s “still surprised by the revelation that her grandmother was Jewish.”

“I didn’t understand it as a kid – ‘My grandma eats differently than we do sometimes,’” she told the Times. During Braxton’s Broadway run in Beauty and the Beast, the singer recalled, “my grandma said something about ‘the sun’s going down, and I should be in,’ and I was like, ‘Grandma, what are you, Jewish?’ I mean, I knew she was Caucasian.”

Braxton holds her own religious convictions. In a 2009 interview with Sister2Sister magazine, the avowedly Christian singer explained that she and Alec Mazo would clash about his atheism behind the scenes during the hit ABC show Dancing with the Stars.

“He was a nice guy (but) I’m a Christian and he’s an atheist,” she told Sister2Sister. “He’d say things and I would say things. Some days I felt sorry for him.”

No word about whether she’ll consider embracing her Hebraic side.