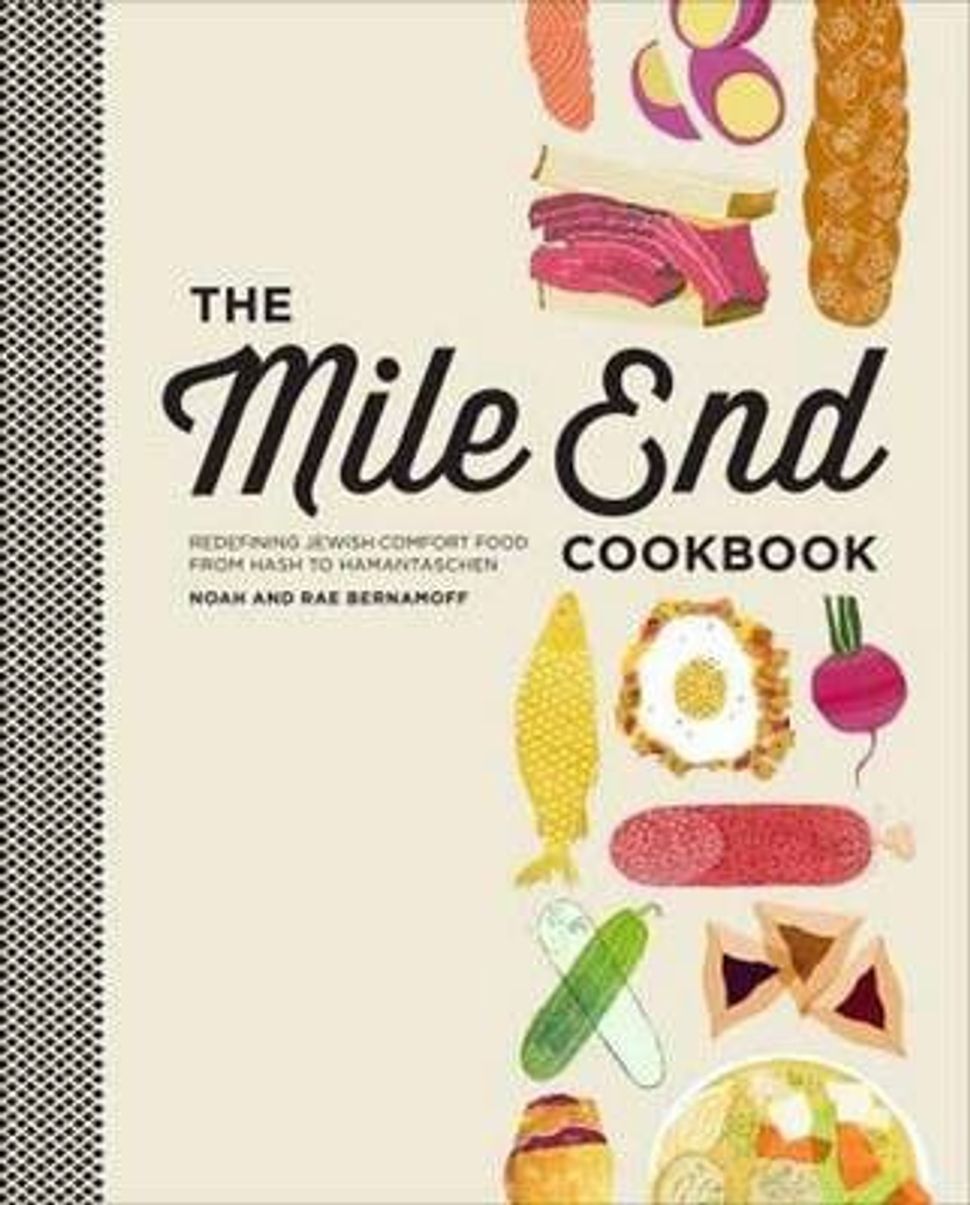 Yesterday, Rae and Noah Bernamoff wrote about how they went from slinging smoked meat to writing a cookbook. Today, Noah writes about an upcoming some of their upcoming events, plus shares some great challah recipes. Their blog posts are featured on The Arty Semite courtesy of the Jewish Book Council and My Jewish Learning’s Author Blog Series. For more information on the series, please visit: 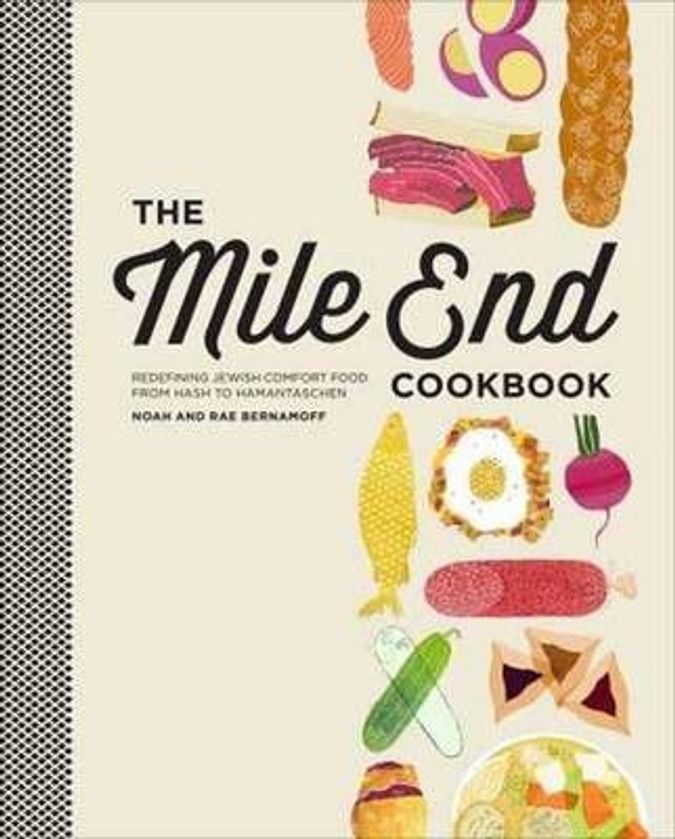 Last year in Berkeley, Rae and I attended the Deli Summit to discuss the direction of Jewish food and deli culture, and since then we’ve been working on a way to continue the conversation. On October 12 we’ll be hosting a Shabbat dinner for the NYC Wine and Food Festival and we’ve invited friends from around the country to join us in preparing an epic nine-course meal. It only seems fitting since the Shabbat table and my Nana Lee’s kitchen are my very first memories of food and cooking — Me, sitting on the counter, her, presiding over the stove like any great chef. That sense of time, place, and ritual gave meaning to my family’s week as the Shabbat table has for so many Jews, both secular and religious. It is a place to ask questions, to air grievances, to express gratitude, and sometimes, to simply close the week at peace with a warm bowl of chicken soup. I hope this Friday’s opportunity to gather around our Shabbat table will bring to light the potential for Jewish cooking as food that we eat during special occasions and everyday at home. Similarly, we wish to inspire those attending to question the core of Jewish foodways and to strengthen their commitment to its survival.

The next day, on Saturday October 13, along with Tablet Magazine and ABC Home we’re presenting the Future of Jewish Food, a tasting and talk with the country’s foremost practitioners, thinkers and critics. From 5:30 to 9:00 p.m. at the ABC Home Mezzanine we’ll bring together Gail Simmons, Mitchell Davis, Jordana Rothman and Josh Ozersky for a panel moderated by Joan Nathan about Jewish food in the home and then we’ll have a second panel with the deli men from Wise Sons (SF), Kenny & Zuke’s (PDX), Saul’s (Berkeley), and Mile End moderated by David Sax. Unlike the night before where the food will do the talking, this discussion is an amazing gathering of some of the finest practitioners of Jewish cooking — people who have committed themselves to examining and celebrating our rich culinary history while simultaneously innovating and moving forward the conversation about its future. With a variety of opinions and perspectives, I’m expecting a very lively conversation.

After all the eating and talking there will be more eating with a tasting of house made pastrami and smoked meat from each of the delis plus a book signing with all of the panelists.

Noah: Like so many delicious foods, this challah was born of thrift and necessity. We found that on any given morning we had plenty of leftover challah, but not enough room on our griddle to make French toast with it. So we took a cue from the French boulangerie tradition of using day-old brioche for a sweet pastry and came up with a rich syrup and topping for the bread that would take well to baking. We like to serve it with fruit Compote (page 193). (Note: You can make the topping ahead and refrigerate it for up to five days; the syrup will keep in the refrigerator for up to a week.)

Make the syrup: Combine the sugar, water, orange juice, vanilla, and maple syrup in a medium saucepan and bring to a boil, stirring occasionally. Remove the pan from the heat and let cool; set the syrup mixture aside.

In a separate bowl, beat the eggs and then restart the mixer at medium speed. While the mixer is running, slowly pour in the eggs; continue mixing until they’re fully incorporated, about 30 seconds. Add the flour and mix on low speed for about 30 seconds more. Add the dried cherries and use a spatula to fold them in by hand.

Assemble and bake the challah: Preheat the oven to 350°F and line a 10-by-15-inch baking sheet with parchment or grease it with canola oil or cooking spray.

Quickly dunk the slices of challah into the syrup mixture, shake off any excess, and lay them on the prepared baking sheet. Spread about ½ cup of the topping onto each slice of challah, distributing it all the way to the edges of the bread. Sprinkle with slivered almonds.

Bake the challah, rotating the tray 180 degrees halfway through cooking, until golden brown, about 20 minutes. Serve either warm or at room temperature, and for extra sweetness drizzle some maple syrup over the challah before serving.

Tip: It’s important to use stale bread; it should be crisp to the touch. You can even slice the challah and leave it out to dry overnight.

Noah: The best challahs, in my opinion, are the ones that straddle bread and cake; they should have a sweet, super-moist crumb — you should be able to squish a piece into a dense little square, like my sister and I used to do as kids—and a glossy crust. It’s a celebratory Shabbos bread, after all. The challah dough also makes our Pletzel and our Cinnamon Buns. This recipe will yield just the right amount of dough for either of those preparations, though you can also easily double the recipe and divide the dough into two batches prior to rising. Leftover challah is also great for French toast and for its delicious cousin, Twice-Baked Challah.

Make the dough: Combine the water, egg, egg yolk, yeast, oil, and sugar in the bowl of a stand mixer; whisk the ingredients by hand for a few seconds until combined. Add the flour and salt and, using the mixer’s dough-hook attachment, mix on medium speed until the dough comes together, 3 to 5 minutes. (You can add a little more f lour if the dough seems too sticky.)

Let the dough rest in the bowl for 5 minutes, then continue mixing, sprinkling on more flour if necessary and stopping once or twice to scrape down the dough hook and the sides of the bowl, until the dough is fairly smooth, 3 to 5 minutes more.

On a well-floured surface, roll and tighten the dough into a ball. If you’re freezing the dough, wrap the ball of dough tightly in plastic wrap and place it in the freezer; it will keep there for up to 1 month. If you’re going to make the challah (or pletzel or cinnamon buns) right away, place the dough in a bowl that’s lightly greased with oil or cooking spray, cover the bowl tightly with plastic wrap, and let the dough rest in a warm, draft-free area until roughly doubled in size, about 2 hours, before proceeding with the recipe.

If you’re making a Pullman loaf, shape the dough: Transfer the dough ball to a well-floured surface and press and stretch it into a roughly 10-by-8-inch rectangle. With the short edge of the rectangle facing you, start rolling the dough forward into a cylinder. Coat your hands with f lour a few times if necessary to keep the dough from sticking to them. Tuck in any loose edges or ends so that you have a snug, even-sided loaf; transfer the rolled dough to a standard-size loaf pan that’s greased with oil or cooking spray. Lightly grease the top of the loaf and cover the pan with plastic wrap; let the dough rest in the pan in a warm, draft-free area until it has risen roughly to the top edge of the pan, about 1½ hours.

If you’re making a braided loaf, shape the dough: Transfer the dough ball to a well-floured surface and divide it into 3 equal portions. Working with 1 portion at a time (and using plenty of f lour to keep the dough from sticking), use the f lat of your hands to roll the dough portion into a narrow, roughly 12-inch-long strip that’s slightly tapered at the ends and slightly fatter in the middle. Repeat with the remaining 2 dough portions so that you end up with 3 strips of roughly equal length.

Arrange 1 strip of dough perpendicular t o the edge of the table in front of you, then arrange the other 2 strips at a 45-degree angle to the middle one, so that the far tips of each strip are just overlapping. Squish the overlapping tips together with your fingers so that they’re well stuck together.

Braid the challah: Gently lift one of the outer strips, bring it over the middle strip, and lay it down alongside the other outer strip. Next, gently lift the other outer strip and bring it over the middle, laying it down alongside the opposite strip, gently tugging the strips taut so there aren’t any gaps. Repeat this braiding process until you’ve reached the ends of the strips; pinch together the ends. Tuck both pinched ends of the braided strips under the loaf and transfer the loaf to a 10-by-15-inch baking sheet that’s been greased with oil or cooking spray. Lightly grease the top of the loaf, cover it with plastic wrap, and let it rest in a warm, draft-free area for about 1½ hours.

When you’re ready to bake, remove the plastic wrap and brush the top of the braided dough with the egg wash. Place the sesame seeds or poppy seeds on a plate, moisten your index finger in water, and press it into the seeds. Then press your finger onto the top surface of one of the braids; the seeds should come off onto the dough. Repeat so that each braided segment has a decorative patch of seeds on it.

Bake the challah: Preheat the oven to 350°F during the final rise.

Bake the challah for about 25 minutes, rotating the pan or tray 180 degrees halfway through cooking, until an instant-read thermometer inserted into the center of the bread reads 180°F.

If you’re making the Pullman loaf, let the bread rest for 5 minutes before unmolding it.

Check back tomorrow for Noah and Rae Bernamoff’s final post for the Visiting Scribe and visit their official website here.