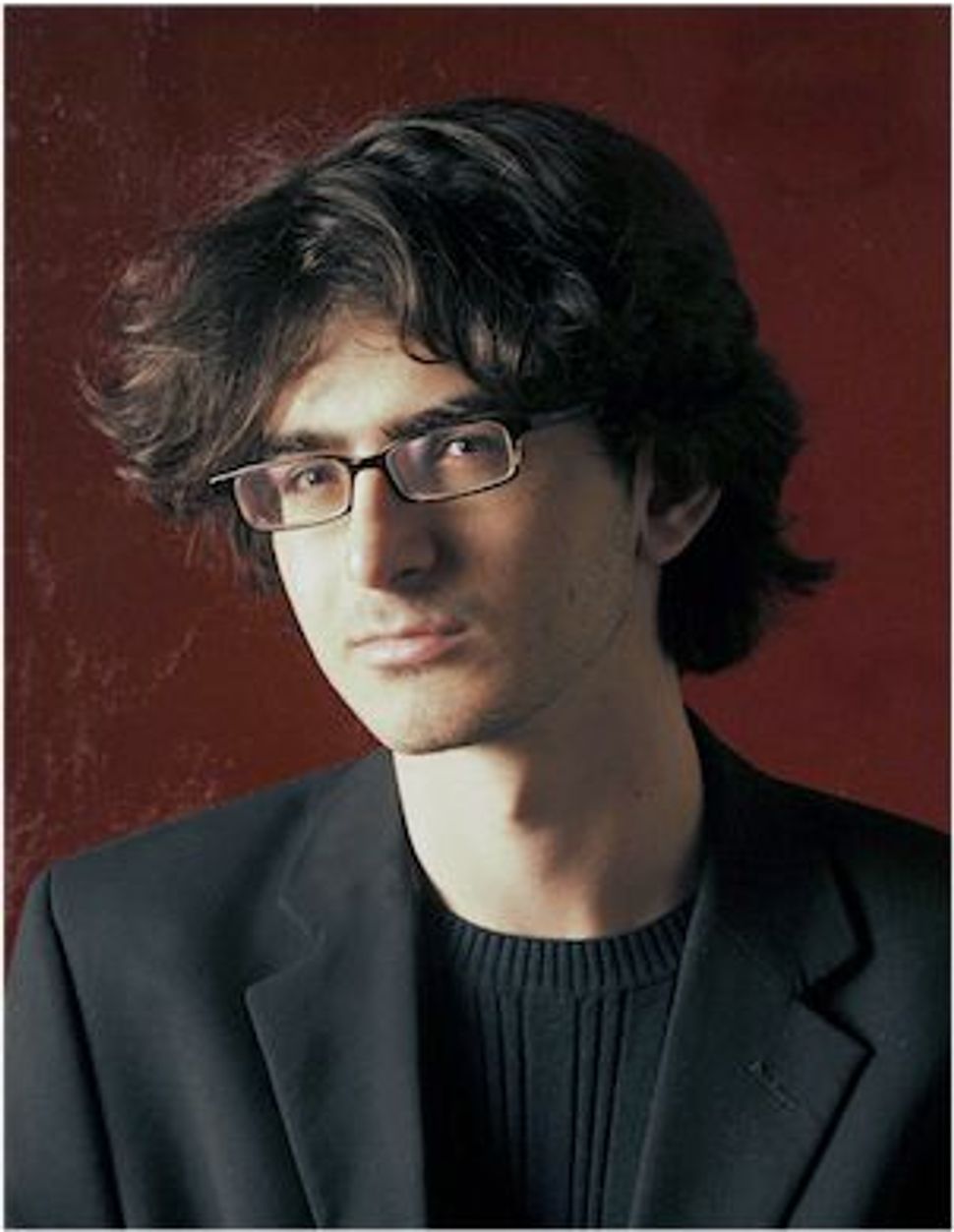 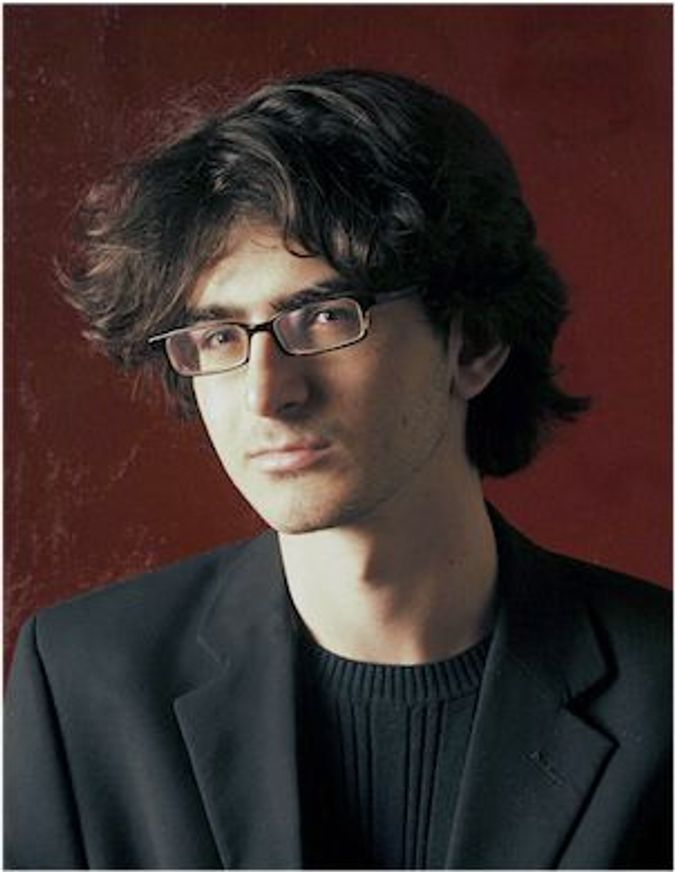 Only 30, the Berlin-based Porat is formidably accomplished, with a hefty catalogue of compositions and a concert repertoire ranging from Rameau and Bach to contemporary works. He trained at Tel Aviv’s Rubin Academy of Music and at Juilliard, and his teachers have included Emanuel Krasovsky, Maria João Pires and Murray Perahia. The wise-beyond-his-years depth of Porat’s playing astonishes: his Mozart is dewy and brimming with joy, his Schumann fragile but smoldering, and he burns up the keyboard playing his own variations on Astor Piazzola’s Libertango. (You can sample his pianism at his website.)

Porat has toured with Peter Brook’s A Magic Flute and improvised scores for silent films (Alex Ross of The New Yorker called his playing “an astounding feat of creative musicianship”); he is also a member of the Gropius Ensemble and the Tango Factory. The artists from whom Porat has drawn inspiration — including Jorge Luis Borges, Yehuda Amichai, Franz Kafka, and Roy Lichtenstein — bespeak a sophisticated and wide-ranging intellect. Volatile and intense, his compositions brim with life even when they take listeners to dark places. The author of a blog entitled Off the Blocks best captured this aspect of his art. “We could play Whaam! by Matan Porat at a party,” he wrote. “It would have to be a good party, though.”

Matan Porat answered a few questions by email on the eve of his North American tour.

Marion Lignana Rosenberg: Which composers have most inspired and shaped you?

Matan Porat: I started my musical education by playing Bach’s complete preludes and fugues. Other composers I perform a lot are Schubert, Bartók, Mozart, Brahms and Ives. I tend to play music that reveals its secrets to the performer only after a long period of discovery and exploration, a quality I find among all the great composers.

Your repertoire is extremely eclectic.

In my solo recitals, though, I try to find a narrative rather than playing pieces that have little in common. I dislike crossover — when I listen to jazz, tango, or rock, I always want to hear the real thing and not a mash-up of different types of music. And while my musical taste is extremely wide, I consider myself a “serious” classical pianist and composer. My heart is and always will be with classical music.

What books are on your nightstand right now? What’s on your iPhone?

Right now I am re-reading Kafka’s works and letters and a biography of Ligeti. My iPhone includes almost all of my most beloved music, ranging from Dufay and Gesualdo to Ethiopian bands, Brazilian music, and lots of jazz.

One nineteenth-century critic wrote that music “has no subject beyond the combinations of notes we hear.” Given that a number of your pieces draw inspiration from extra-musical realms, including works by Borges and Lichtenstein, do you disagree?

For David Orlowsky and SingerPur you created settings of Lux aeterna and Tota pulchra es, antiphons from the Catholic liturgy. How do you, a Sabra, approach these texts?

I find the text of Lux Aeterna very beautiful, actually, and approachable for a non-Christian like myself. I approach all texts from an objective point of view. In a piece written for Kim Kashkashian, “Hands Off,” I set five different texts about hands, from a Haiku and a Neruda poem to an Internet manual on how to shake hands.

A musician friend of mine decided to settle in Berlin because, he said, it “pushed all [his] buttons” as a Jew. Why are you in Berlin?

Berlin is now what Paris was in the 1960s and London in the 1970s, a cultural center with a true feeling of growth and discovery. Of course, one cannot escape from the city’s dreadful past, but being an Israeli Jew, I find it important to be able to work and develop in a place where my grandfathers’ generation could not.

Is it difficult to strike a balance between composing and performing? And is it true that you prefer not to play your own music?

It is very difficult. The two professions are very different and require completely different sets of skills. Since it is impossible for me to compose and practice at the same time, and since I have more and more concert dates every year, I try to take at least two months off each season for composing and keeping up with commissions. I do perform my own pieces, but it is far more enjoyable for me to listen and help from the outside.

What’s coming up in your agenda?

This season I will record for Mirare my first solo CD, “Variations on a Theme by Scarlatti,” built around Scarlatti’s K. 32 Sonata in D minor and including music by Chopin, Schumann, Debussy, Bach, Mozart, Liszt, Ligeti, Boulez, and a short improvisation. I have tours with Musicians from Marlboro; solo recitals in France, Italy, Germany, and Japan; and concerts at the Kennedy Center in Washington, DC (in March 2013, under the auspices of the S&R Foundation), and in London.