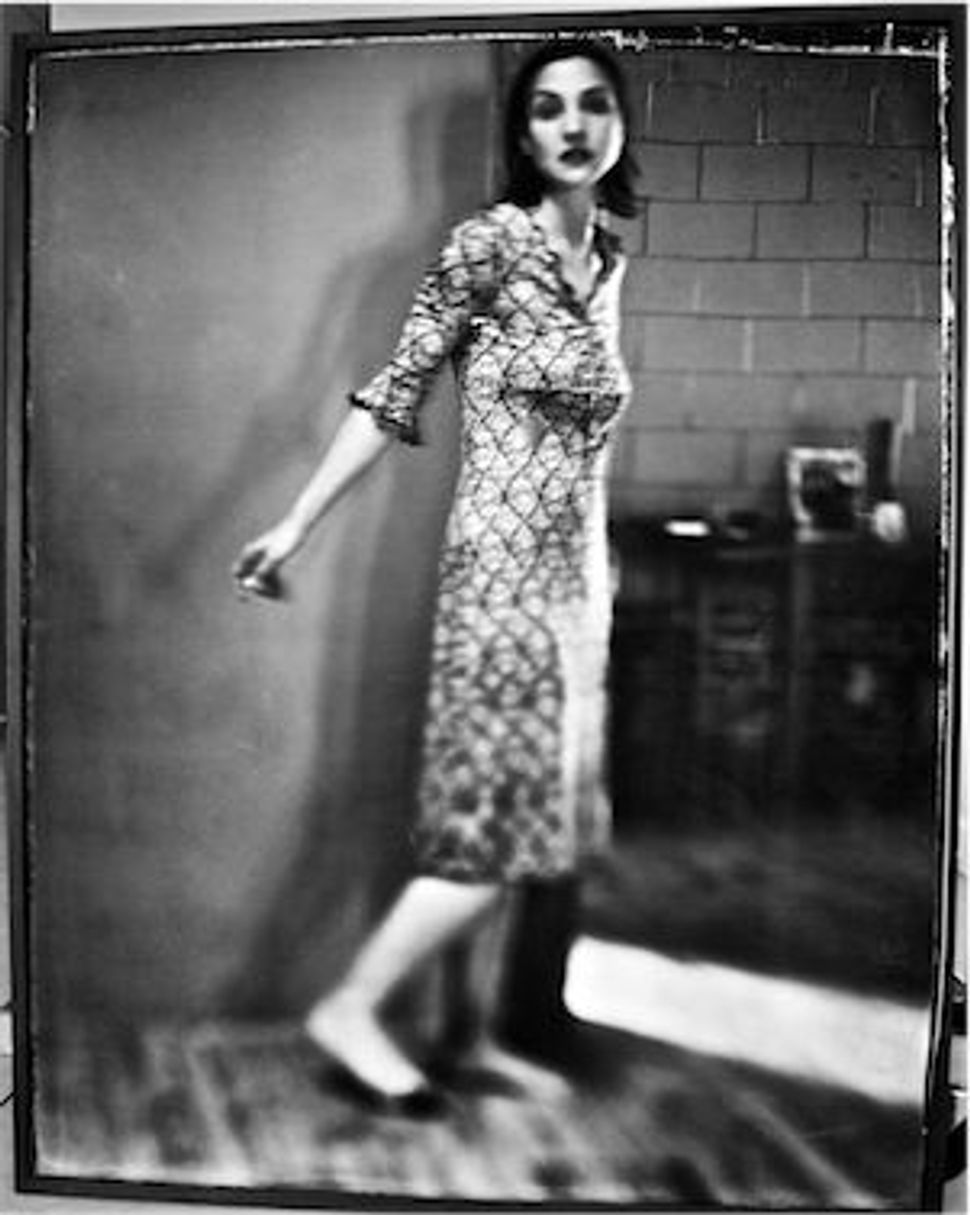 Jessica Shokrian, Self Portrait, 2002 Image by Courtesy of the artist and Shulamit Gallery

At a time when Iran is in the American consciousness thanks to both Washington and Hollywood, a major exhibition about the Jews of Iran has opened in Los Angeles. “Light and Shadows: The Story of Iranian Jews,” which originated at Beit Hatfutsot: The Museum of the Jewish People in Tel Aviv, is at the Fowler Museum at UCLA until March 10, 2013.

The show, the first ever in the United States on Iranian Jews, traces the 3,000 year-long history Iranian Jewry with more than 100 objects ranging from archeological artifacts to intricately made Judaica to illuminated manuscripts to contemporary photographs and art installations. According to Smadar Keren, Beit Hatfutsot’s curatorial department director, it took two years to collect the various objects and mount the exhibition, which ran in Israel for most of 2011 and was a huge success.

Moti Schwartz, Beit Hatfutsot’s director noted that “Light and Shadows” represented a major turning point for his museum, which does not have its own artifact collection, save for a few items. Based on the positive response to the exhibition, the museum is now set to open one on the Jews of Bukhara, with exhibits on other Jewish communities in the works, as well.

“The artifacts are from Europe, Israel and the United States — mainly from individuals, but also from some collectors,” Keren said. “Once people heard we were looking for items, they started calling us about things they had in their families. In some cases, people didn’t know the importance of these things.” Keren cited as an example a pair of painted doors from 19th-century Iran whose owner had found them at a flea market.

Among the most fascinating material in the show are artifacts from the crypto-Jewish community of Mashhad, such as tiny tefillin that were worn under turbans and sets of Jewish ketubot and Muslim marriage contracts.

Schwartz tells how, in a wonderful coincidence, a kosher Scroll of Esther of Iranian origin had been found in the museum’s storage rooms and which had originally belonged to the Y & S Nazarian family, whose foundation is the exhibition’s lead sponsor.

Marla Berns, director of the Fowler Musuem, believes bringing “Light and Shadows” to her museum made eminent sense given its “long and deep commitment to exploring global cultures, especially the relationship between people and place, and between past and present.” Also, Los Angeles seemed like the right city, given that there are approximately 50,000 Iranian Jews living there — the largest concentration of Iranian Jews in the U.S.

Berns says the show is aptly named, reflecting the fact that the history of Jews in Iran is “not always a dark story. There was great creativity and achievement, and a great will for a culture to survive.” The director emphasized that the Fowler shifted the focus of the contemporary part of the story from Israel to Los Angeles. This section includes: a video installation based on the Jewish lifecycle in the Persian tradition by Californian artist Jessica Shokrian; work by Shelley Gazin, an American artist who has documented the local Iranian Jewish community; and an expanded selection of photographs by Hasan Sarbakhshian, an AP photojournalist who covered the Jewish community in Iran until he left for New York several years ago when things became too dangerous for him to continue working in Iran.

Saba Soomekh, assistant director of the Jewish Studies Program at Loyola Marymount University and an expert on Iranian Jews, is the project coordinator for “Light and Shadows.” Soomekh, 36, says young Iranian Jews do not appreciate what an historical, integrated Jewish-Persian culture and ethnicity is all about. “Persian is the culture they practice at home with their families, but they have a separate Jewish identity that is very much Israel-based,” she said of her contemporaries. She is hoping this exhibition will help them see how Persian nationality and Judaism were, are and can continue to be melded together.