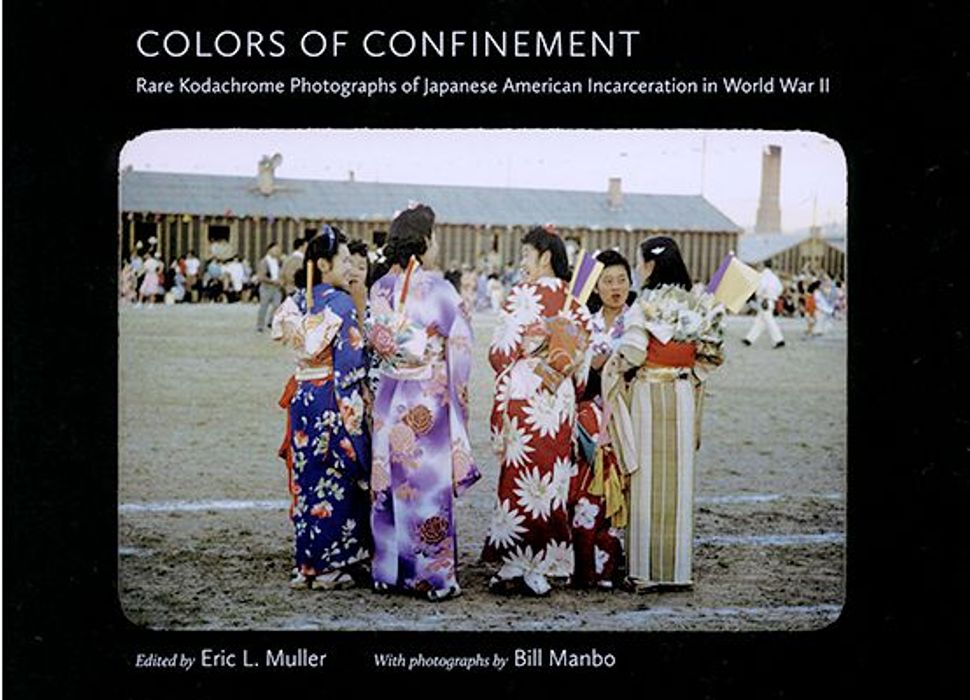 Earlier this week, Eric L. Muller wrote about the photographer Bill Manbo, mass incarceration and Kodachrome, and asked: What does a concentration camp look like? His blog posts are featured on The Arty Semite courtesy of the Jewish Book Council and My Jewish Learning’s Author Blog Series. For more information on the series, please visit: 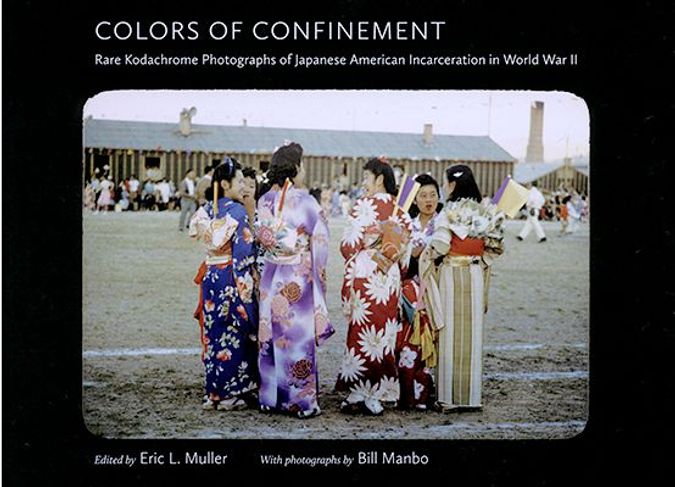 In my blog posts this week I have written about the Kodachrome slides that Bill Manbo took while imprisoned with his family at the Heart Mountain Relocation Center in 1943 and 1944. Today I return to the question with which I began: Was Heart Mountain an American “concentration camp?”

Controversy over the use of the term “concentration camp” erupted in the late 1990s when an exhibition about the camps for Japanese Americans was slated to open at the Ellis Island Immigration Museum in New York. The exhibition, created by the Japanese American National Museum in Los Angeles, was entitled “America’s Concentration Camps: Remembering the Japanese-American Experience.” Some American Jewish groups, most prominently the American Jewish Committee, objected to the title. They argued that using the term “concentration camp” to describe places like Heart Mountain diminished the suffering of those (mostly Jews) who lived and died in the Nazi camps in Europe. Eventually a compromise was negotiated: The exhibition would retain its title but feature an explanatory panel disclaiming any attempt to compare the American camps to those in Europe.

I won’t use the term in my own writing and speaking about the American camps, except in situations where I have (and wish to spend) lots of time explaining exactly why I’m using it.

The best argument for the term is that it’s historically authentic. Lots of people called the camps for Japanese Americans “concentration camps” at the time. Take a quick look at these little clips from stories in the Washington Post and the Los Angeles Times from 1942:

Another argument for the term — one that I’ve never found terribly persuasive — is the dictionary. Advocates for the term maintain that the dictionary definition of “concentration camp” unambiguously fits places like Heart Mountain. I suppose it depends a little on your choice in dictionary. According to Webster’s Third New International Dictionary, Unabridged (1993), a “concentration camp” is “a camp where persons (as prisoners of war, political prisoners, refugees, or foreign nationals) are detained or confined and sometimes subjected to physical and mental abuse and indignity.” That’s certainly in the ballpark, but what if you prefer to look at the Oxford Dictionary of English (3d ed. 2010)? There you find the following definition:

a place in which large numbers of people, especially political prisoners or members of persecuted minorities, are deliberately imprisoned in a relatively small area with inadequate facilities, sometimes to provide forced labour or to await mass execution. The term is most strongly associated with the several hundred camps established by the Nazis in Germany and occupied Europe 1933–45, among the most infamous being Dachau, Belsen, and Auschwitz.

The second sentence of this definition captures why a dictionary can’t solve our problem: however accurate the first sentence is in describing the American camps, the second sentence rings true about conventional usage. You say “concentration camp” to most people and what they hear is “Auschwitz.”

I believe that many of the advocates for the term “concentration camp” understand this connotation — and that it’s this very link that makes the term attractive. Rightly trying to correct the misperception that the American camps were justified and life in them pleasant, they want a word that will jolt people. I once attended a talk where a leading Japanese American advocate for the term “concentration camp” urged the audience to adopt the term because it would “get people in the gut.” Exactly. But the major reason why the term “gets people in the gut” is Auschwitz.

In the name of trying to correct historical error, this position makes big errors of its own. The Germans devised and ran many different kinds of imprisonment camps in Europe for Jews and others. I mentioned four camps in my first post back on Monday: Westerbork, Flossenbürg, Buchenwald and Sobibor. Each of these differed from the others. Very few people died at Westerbork, and killing was not its specific purpose. More and more died at each of the other listed camps in order, and virtually every person taken to Sobibor perished. But from this list, only Sobibor was a “death camp” — a camp built for the purpose of killing people. To insist that Heart Mountain was a “concentration camp” while the German camps were “death camps” is to collapse all of the horrific complexity of German wartime incarceration into a simple and mistaken idea. It misses the point that Buchenwald, which my grandfather survived, was importantly different from Sobibor, which his brother did not.

Lastly, and most importantly: all four of the German camps I listed (and all of the others I didn’t) were points on an importantly different spectrum from the American camps run by the War Relocation Authority. The German facilities — regardless of whether they functioned chiefly as transit camps or forced labor camps or death camps — were in service of a system of (at very best) disregard for the simple humanity and survival of those who passed through them that never entered the American experience.