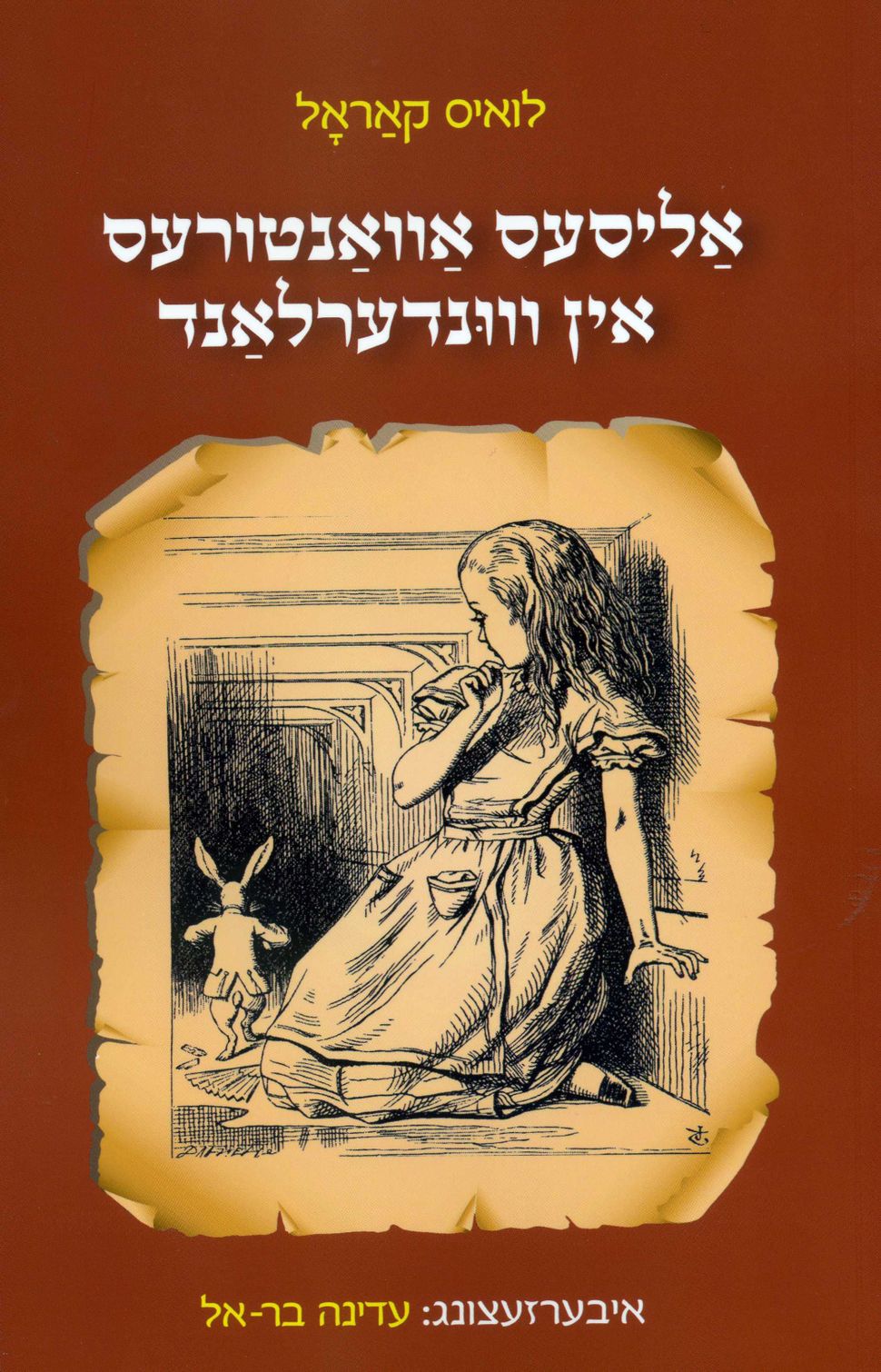 Translating classic children’s books into Yiddish is becoming a trend these days. First there was “The Hobbit,” which was recently translated by retired computer programmer Barry Goldstein. Now there’s “Alice in Wonderland,” which has been rendered into Yiddish by Israeli children’s author Adina Bar-El.

Bar-El, 66, who lives on Moshav Nir Yisrael, is the author of some 19 books for children and teenagers (including such titles as “Miss Contrary” and “The Strongest Boy in Kindergarten”), as well as poetry and books for adults. She is also a scholar of Jewish children’s literature and journalism in Poland between the two World Wars, and received her doctorate in the field from Hebrew University.

Given the emphasis on wordplay in “Alice in Wonderland,” translation was no easy task. In an English introduction to the volume, Bar-El explains some of her techniques:

In the process of the translation into Yiddish, my aim was to remain faithful to the English source, to the plot, the characters and their qualities; and mainly to retain the depth and spirit of the book. At the same time, the nonsense songs, the sayings, idioms and particularly Lewis Carroll’s plays on words had to be adapted to Yiddish and to the lifestyle familiar to its readers.

In the chapter with the Mad Hatter’s tea party, for example, “the nonsense song has been given motifs of Jewish lullabies.” Bar-El also inserted references to Jewish foods, like kugel. After all, what kind of Jewish wonderland would it be without kugel?

Copies of the book can be purchased directly from the translator.