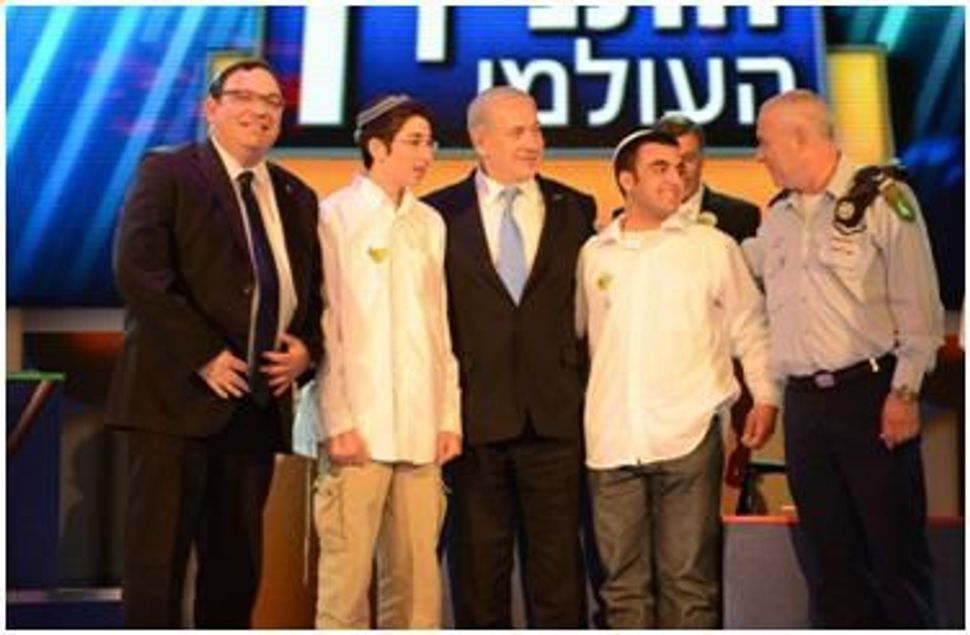 For the first time in its 50-year history, Israel’s annual International Bible Contest for high school students ended in a tie. This year’s winners were Elior Babian of Beit Shemesh and Yishai Eisenberg of Passaic, N.J. Eisenberg, a student at Yeshiva University High School, is the first American to win the contest in 20 years. 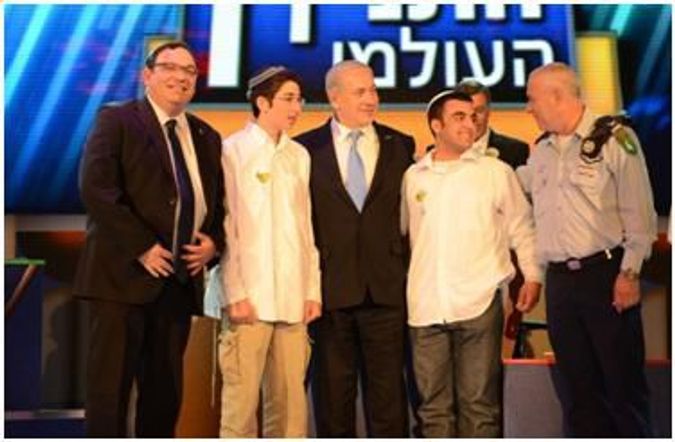 The annual Yom Ha’atzmaut event drew a huge audience at The Jerusalem Theater and was held under the auspices of Prime Minister Benjamin Netanyahu, who not only presented the prizes to the winners, but also contributed the most challenging questions of the contest’s final round.

When the nervous Eisenberg and more relaxed Babian continued to have tied scores after each answered 12 of Netanyahu’s questions, the contest’s panel of judges decided to break with precedent and name both teenagers the winners.

Shalhevet Schwartz, a student at SAR in Riverdale, New York tied with an Israeli boy for fourth place. Schwartz had gained attention for wearing pants to the National Bible Contest. She decided to opt for more traditional attire (a skirt) at the international competition in Jerusalem.

“It makes me very happy to see young people from Israel and from the world that are so interested in our Book of Books,” Netanyahu said in congratulating the winners.

“The entire city is filled with tremendous pride over Elior’s victory… In my role in the Knesset seeking to strengthen the bond between Israel and Jewish communities in North America, I see this joint victory as packed with meaning,” said MK Dov Lipman (Yesh Atid), a resident of Beit Shemesh and the first American-born person to be elected to the Knesset since 1984.

“The bond between Israel and North American jewry must go way beyond simple financial support. We have joint values, built around the Bible, which we must seek to strengthen. I hope that Yishai and Elior sharing the victory platform for the Bible contest will serve as the springboard for numerous projects to strengthen the bond between these communities.”