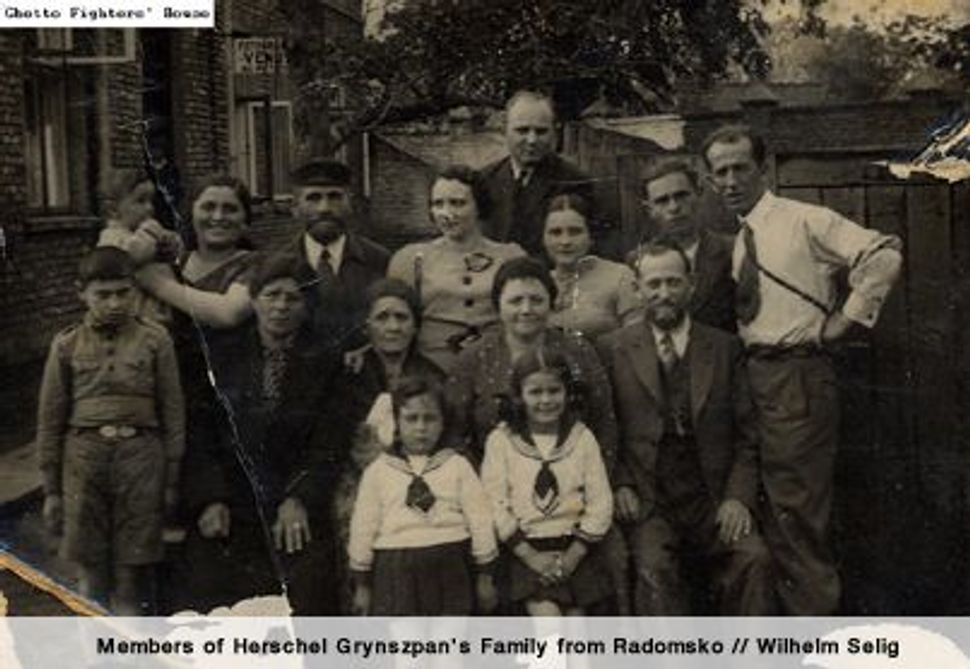 Jonathan Kirsch is book editor of The Jewish Journal. Earlier this week, he wrote about Jewish resistance, restoring Herschel Grynszpan to the pages of history, Herschel Grynszpan’s scandalous theory of defense and Kristallnacht. His blog posts are featured on The Arty Semite courtesy of the Jewish Book Council and My Jewish Learning’s Author Blog Series. For more information on the series, please visit: 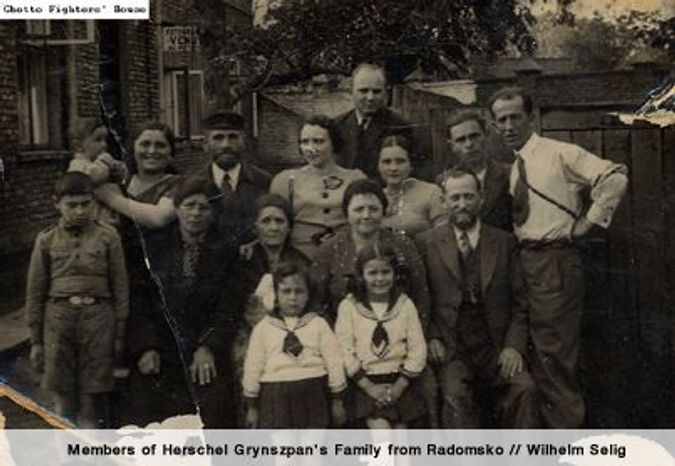 “I’ve dictated a sharp article against the Jews,” Joseph Goebbels boasted in a journal entry in 1933. “At its mere announcement, the whole mischpoke [sic] broke down.”

The word used by the notorious propaganda chief of the Nazi party is a mangled version of the Yiddish word for “family” (mishpokhe), and it conveys the cruelty and contempt that the Nazis held for the Jewish people. To hear the mamaloshen fall from the lips of a man who seeks to murder every Jewish man, woman, child and baby within his reach carries a special kind of horror.

I quote the journal entry in my new book, “The Short, Strange Life of Herschel Grynszpan: A Boy Avenger, a Nazi Diplomat and a Murder in Paris” (Liveright), and I use “mishpokhe” as a kind of leitmotif in the story I tell. At the age of 15, Herschel was sent out of Nazi Germany by his doting mother and father, and the boy was passed along from uncle to uncle until he finally reached Paris, where he was given a place to live by his Uncle Abraham. They were all tragically wrong in assuming that France offered a safe refuge for the Grynszpans, but they acted loyally and courageously in an effort to save the life of the youngest member of the family.

While living in Paris, Herschel learned that his mother, father and older siblings back in Germany had been arrested by the Nazis and driven at gunpoint into the no-man’s-land on the Polish border along with some 12,000 other Polish Jews. Herschel was so distraught over the fate of his cherished family that he bought a revolver, contrived a ruse that allowed him to enter the German embassy in Paris, and assassinated a minor German diplomat as an act of protest and resistance. Ironically, Herschel and the uncle who sheltered him in Paris did not survive, but his father and brother were still alive to testify at Adolf Eichmann’s trial in Jerusalem in 1961.

As it happens, I first heard the story of Herschel Grynszpan from one of my own mishpokhe — my late father, Robert Reuven Kirsch. He was a literary critic for the Los Angeles Times for nearly 30 years and the author of many books of his own, and he told me in the late 1970s about the novel he intended to write about Herschel’s life and exploits. Sadly, my father fell ill and passed away before he could undertake the project, but I never forgot the strange and even scandalous details of Herschel’s life story. I decided to honor the memory of my beloved father by writing the book that he did not live long enough to write.

That’s why the word mishpokhe appears for the first time in my biography of Herschel Grynszpan on the dedication page: “For my father, Robert … and the mishpocheh for whom [his] memory is a blessing.”