Russian Jews on the Silver Screen 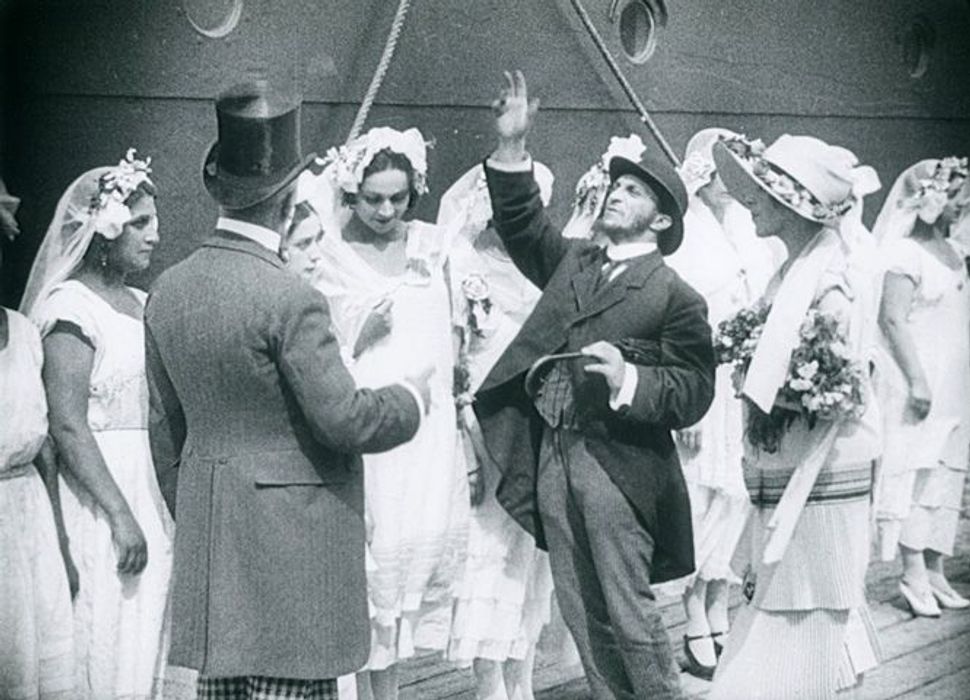 My Dad Is Baryshnikov,” directed by Dmitry Povolotsky, about a klutzy Russian Jewish version of Billy Elliot, is among the latest in a tradition of Russian Jews ardently seeking reflections of their own experience onscreen. This impulse dates back to the earliest years of cinema history, as is explained in the brilliantly researched “Kinojudaica: Representations of Jews in Russian and Soviet Cinema from the 1910s to the 1980s.” 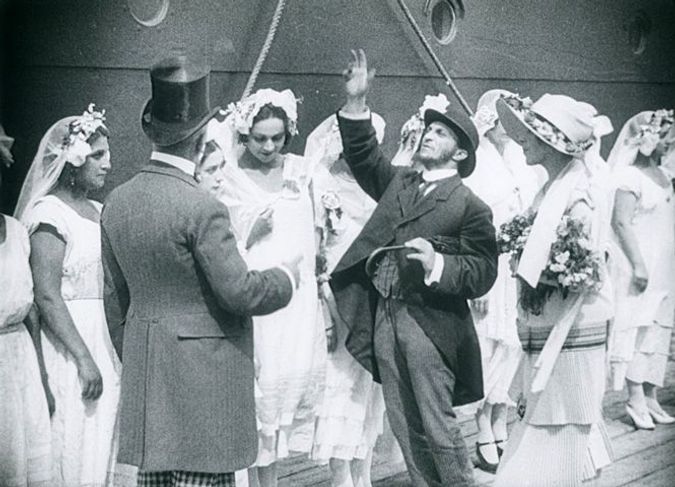 Edited by film historians Valérie Pozner and Natacha Laurent, “Kinojudaica” derives from a 2009 retrospective at the Toulouse Cinémathèque, which later toured to Bologna, Brussels, Lausanne, and Paris. In The Pale of Settlement, the region of Imperial Russia where Jews were granted permanent residency, film provided an early, desperately needed window to the outside world. In 1898, a French silent movie showman responded to public demand by screening a program about the Dreyfus Affair at Zhytomyr, the Ukraine.

Local audiences were so avid for pseudo-documentary visuals about Captain Alfred Dreyfus’s story that, as Pozner notes, footage was included supposedly showing Dreyfus before his arrest, before movies had even been invented. Immediately popular biblical subjects were supplanted in 1911, when the contemporary story “L’Chaim” dazzled moviegoers with the tale of Rukhele, a maiden whose parents make her marry Matteus, the wealthy employer of impoverished Shlomo, her true love. After two years of married tsouris Rukhele runs away to live with Shlomo, who meanwhile has become a drunkard. One local reviewer enthused:

“Until now [filmgoers] have mostly seen Jews in humiliating roles. Attempts were made, who knows why, to present the Jew as a caricature, and we grew accustomed to seeing him as a buffoon. To see the Jew as a human being who feels, loves, and suffers just like other Russians had never been accorded us onscreen.” A fashion for Jewish-themed films ensued, some including strong humanistic political messages, particularly around the time of the Revolution, about the dire situation of Russian Jews. Post-Revolutionary Jewish audiences demanded more than just the usual picturesque adaptations of Sholem Aleichem which had entertained previous filmgoers; they wanted modern proletariat tales based on the latest writings by Soviet Yiddish authors. In 1935, one Russian Jewish filmmaker, Mikhail Dubson (1899–1961), partly avoided Stalinist censorship by setting “Frontier,” a narrative about smugglers, among observant Polish Jews instead of at home.

Watch Valérie Pozner and Natacha Laurent speaking at a 2011 event at the Swiss Cinémathèque in Lausanne about Jews in Russian film here and here.

And check out the trailer of “My Dad is Baryshnikov” here.

Russian Jews on the Silver Screen