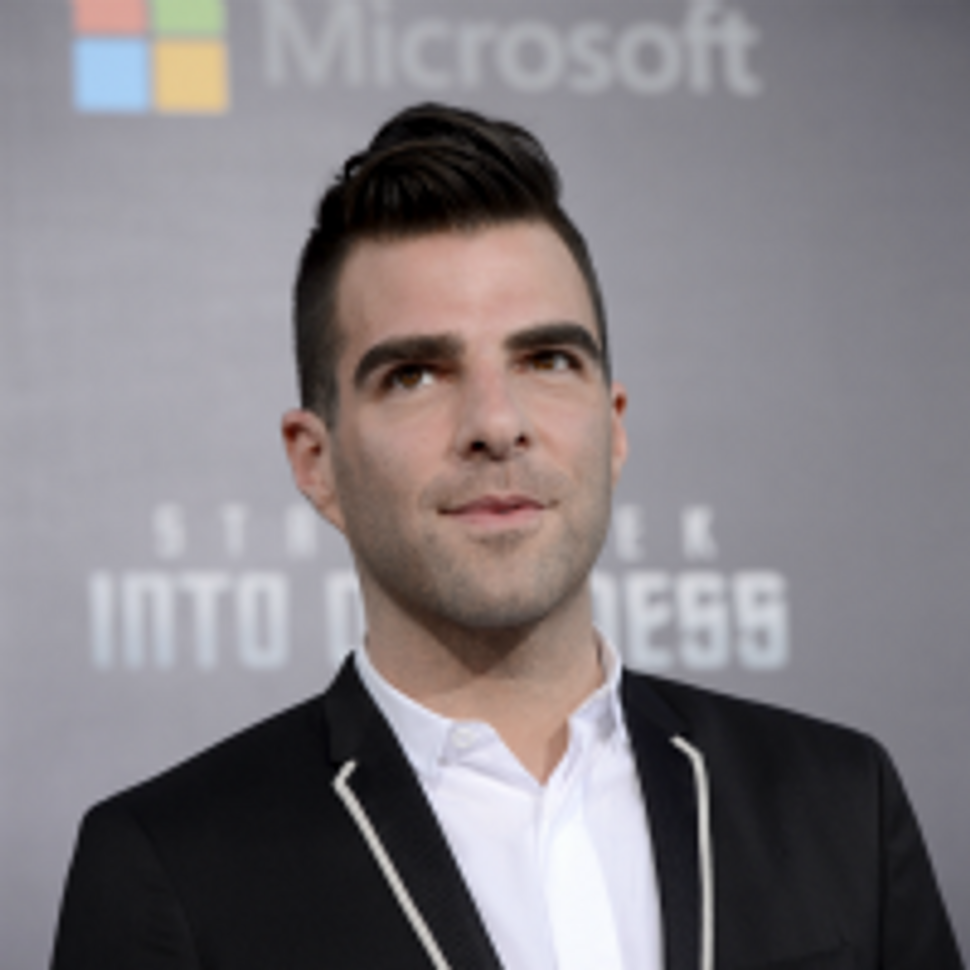 The 35-year-old actor, who gained fame as super-villain Sylar in sci-fi television series “Heroes,” will reprise his role as the pointy-eared first officer of the starship Enterprise in “Star Trek Into Darkness,” which will be released in theaters on Friday.

The actor spoke about the challenges of playing Spock and why he chose to go public about being gay.

Q: “Star Trek Into Darkness” has more action, set pieces and destinations than the 2009 reboot. Is that right?

A: You’re right. It’s a larger scale version of the “Star Trek” story. The first one was about re-conceiving people’s perceptions of “Star Trek,” and trying to infuse it with new energy. The self-contained and more intimate nature of that film made sense. Now, people are more familiar with us as these characters so this movie builds on that and expands on it.

Q: What is Spock struggling with in this film?

A: I think he’s learning how to be accountable and responsible to the people he loves and cares about. He is learning to embody and live the qualities of what it means to be a friend and what it means to be responsible to other people emotionally, because that’s not the place from which he leads. He needs to learn how to integrate that part of himself and honor the feelings he has for the people he loves.

Q: What do you learn from Spock on a personal level?

A: I have an inherent understanding to his nature, which is one of duality – the head versus the heart. That is certainly something I can relate to. As someone who has been considered pretty intellectual and wordy, I also have a deep well of emotional life. I understand what it means to be in constant relationship to both of those aspects of myself.

Q: Which of Spock’s qualities do you aspire for yourself?

A: The equanimity with which he deals with every situation in front of him, and the thoughtfulness and care he gives to measure his reactions. Sometimes I can be a little extreme in my reaction to something. I respect his reservedness and pensive consideration, which is an aspect of me but outweighed by my instinctual or impulsive reactions to things sometimes.

Q: In this film you’re jumping into volcanoes and off of barges. You’re fighting, running, chasing. Did you ever think of yourself as an action star?

A: I can’t say I ever planned on that. But I will say I really thrived in that environment. I enjoyed those specific challenges and the relentlessness of it. I don’t necessarily know I want every movie to be that way, but I wouldn’t mind revisiting that again at some point down the line.

Q: How close are you with the cast?

A: We are very, very good friends in real life. When the first movie happened, it was a life changing experience for all of us. We were going through it at the same time and relied on each other for support and for the excitement of that time. That energy is starting to kick back up again. We look forward to spending time together on these extended periods where we’re traveling around the world.

Q: You used your “Star Trek” clout to form a production company, Before the Door Pictures, whose first film, 2011’s “Margin Call,” was nominated for a best screenplay Oscar. Did that change things for you?

A: I think “Margin Call” did similar things for my production company that “Star Trek” did for me as an actor. The way that film was received really did authenticate my company and allowed us more access and more connections than we might have had otherwise.

Q: In between the two “Star Trek” films, you made some headlines when you said you were gay. Was coming out a big deal?

A: It was obviously a very big deal. It wasn’t about formality or stopping rumors because I don’t really pay attention to rumors in the first place. It was a very specific move that I made because there was a rash of teen suicides at the time (the victims were gay).

Q: How did that relate to you?

A: I felt it incumbent upon me to do something about that if it was in my power, which is was. So for me that was a very specific and emotional time. I felt very grateful for the response that it generated and the work on behalf of the LGBT community it has allowed me to do subsequently.

Q: Some actors feel that by coming out it could impact the roles they get to play. Did you feel it hindered your career?