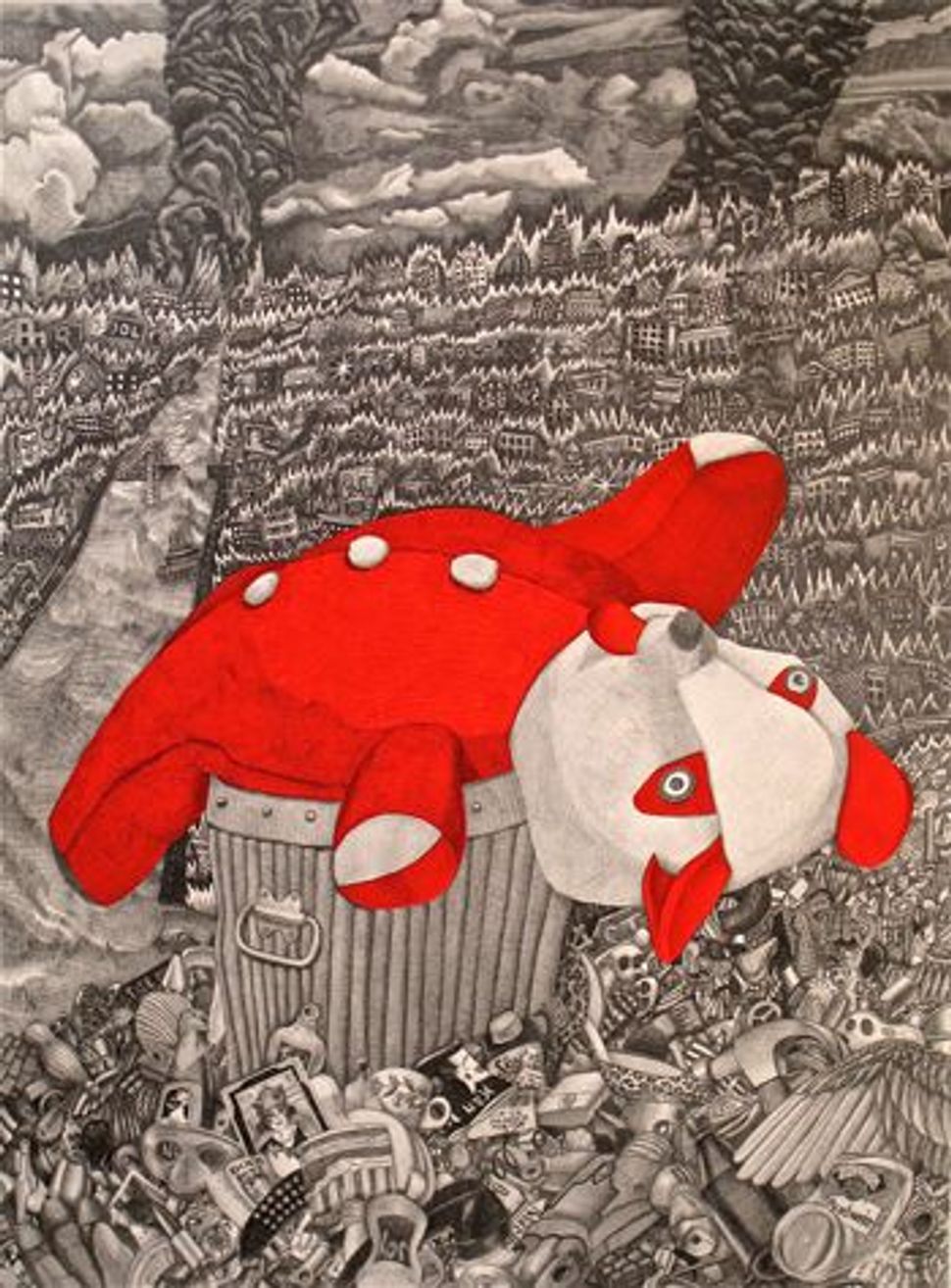 Earlier this week, Royal Young discussed his decision to change his name, interviewed his grandparents, and wrote about his parents’ reaction to his debut memoir, “Fame Shark.” His blog posts are featured on The Arty Semite courtesy of the Jewish Book Council and My Jewish Learning’s Author Blog Series. For more information on the series, please visit: 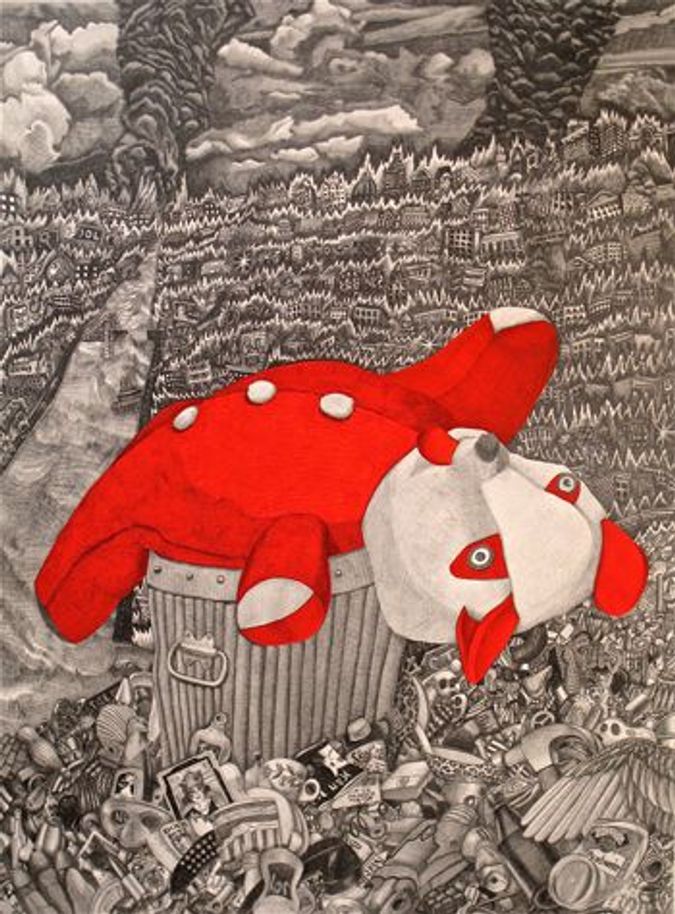 My father’s artwork was always how I made sense of the world around me. The sometimes scary, ghetto Lower East Side I grew up in was beautiful, interesting and safe when shaded by his paints. His devotion to his artwork, but also creative, compassionate parenting, inspired me early on to pursue my own artistic passions. I would sit in Dad’s sun drenched studio dictating stories about suicidal whales before I could write.

Dad encouraged my taste for tragedy and drama by reading me bedtime stories beyond my years. With me in the cozy crook of his flannel arm, under soft yellow lamps he turned the pages and read 10-year-old me Dostoyevsky’s “Crime and Punishment,” “Of Human Bondage” by Somerset Maugham, Dickens’s “Great Expectations” and “Mildred Pierce” by James M. Cain. These guilty, lonely, decadent, sexual stories were a dazzling escape from the Lower East Side of the early ‘90s. They infuse my writing to this day.

I also got my fascination for celebrity from my artist father. He was intrigued by what fame stood for; the levels of luxury, artistic recognition and happiness Americans believed it could get you. Yet, his was an outsider’s stance. He felt more comfortable around the edges. The works which gained him newspaper write-ups and radio interviews were skull shaped masks of American conservatives, people he felt propagated the unfair conservation of money and power. These death heads, wildly colorful in papier-mâché ranged from Nancy Reagan and George Bush Senior to Arnold Schwarzenegger and Andy Warhol.

And though, as a wild teenager I would throw myself right into this celebrity world my father so mistrusted, it was the loving foundation he had laid for me that ultimately saved me. There is always a dance between an artist’s ego as projected into their work and their own personal feelings of self-worth. Dad taught me that family was the most important grounding influence and throughout my young career as a writer it has been family that has constantly inspired me and brought me back down to earth when old streaks of megalomaniacal mad artistry threatened to take over my true sense of self.

Though, it hadn’t helped to often be my father’s model as a child. Seeing myself front and center both in the work of the Dad I loved but also hanging on gallery walls and public murals all over New York City was a heady experience; a seductive taste of celebrity that would later completely consume me.

Here, my mother, younger brother and I walk across Delancey Street:

My father took the photograph and had a monument modeled after the Eifel Tower superimposed in the background. This was part of a proposal by community artists to create ambitious pieces for the Lower East Side. My father’s idea was for a massive memorial dedicated to the lives of Jewish immigrant women lost in the Triangle Shirtwaist Factory Fire. These were more innocent days, pre-gentrification when the whole world didn’t dream of adulation.