Journey to the Heart of Alzheimer’s 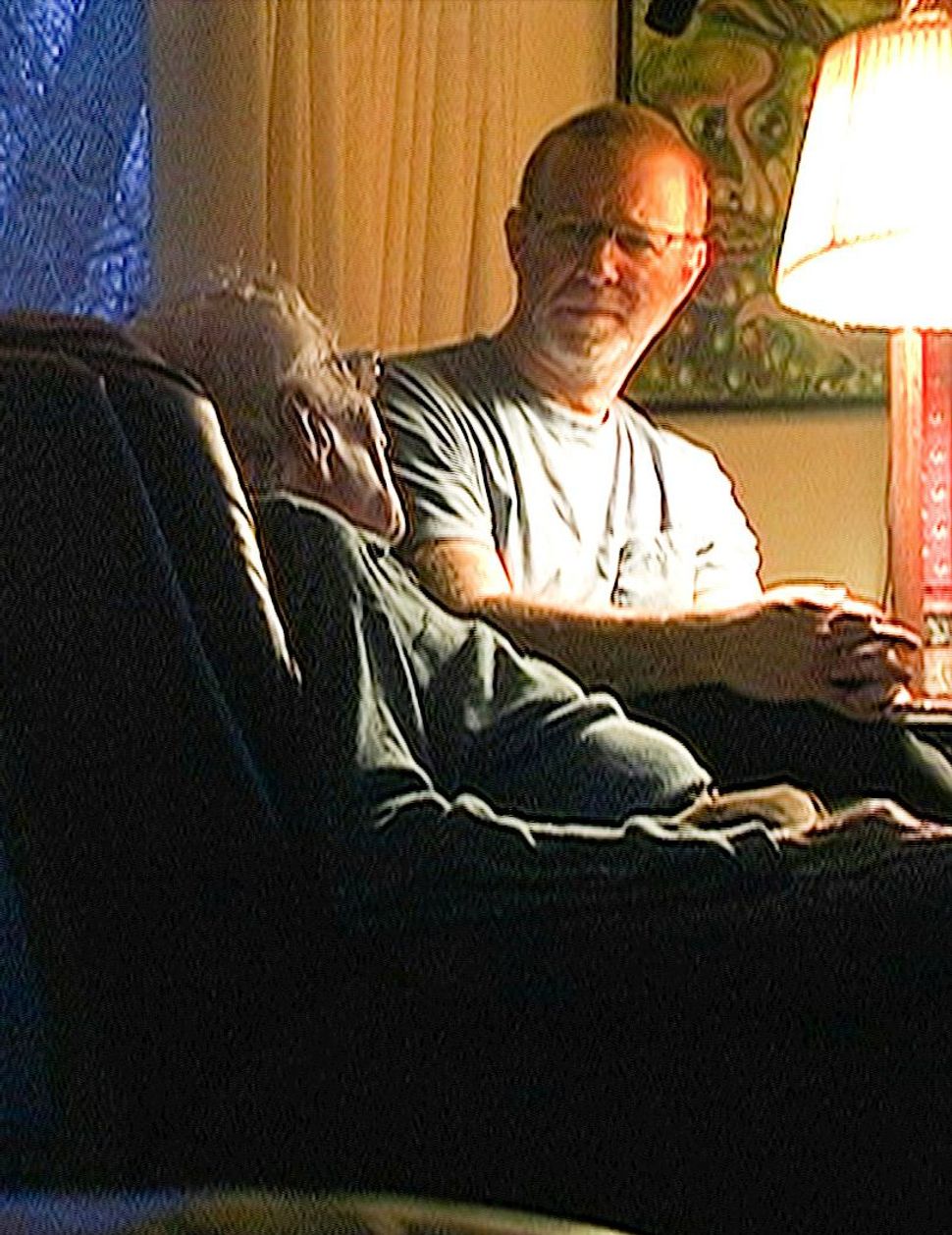 To paraphrase a famous fundraising slogan, a mind is a terrible thing to watch wasting away.

But that’s what filmmaker Alan Berliner does in his moving and lovingly motivated documentary, “First Cousin Once Removed,” premiering on HBO September 23.

Berliner’s subject is his cousin, Edwin Honig (1919-2011), the noted poet, translator and teacher, who spent the last years of his life suffering from memory loss and Alzheimer’s.

Berliner filmed Honig five or six times a year over the last five years of his life and his decline is heartbreaking. Towards the end, he doesn’t recognize images of his younger self, his mother or his children.

But in the midst of his decay he occasionally becomes lucid, spouting poetic phrases both playful and profound. When Berliner asks if it is okay to film him Honig replies: “Mirror, mirror on the wall; you can be camera and I will be all.” At another point in the movie, he comments on the trees outside his apartment, “Leaves very still. But in the stillness there is movement. A moving painting.”

Berliner spoke to The Arty Semite about his relationship with his cousin, the difficulty of watching his deterioration and his propensity to make very personal documentaries.

Curt Schleier: How close to Edwin were you?

Alan Berliner: I was very close to him. He lived in Providence. I saw him every time he came to New York. We spoke on the phone and we corresponded. He was a very special presence in my life, my cousin, my friend and a mentor. He had distanced himself from my mother’s side of the family, and I brought him back into the family circle so to speak. I was his bridge back to a family he had distanced himself from. I gave him news of family members. I shared photographs. I got him invited to weddings and bar mitzvahs and events. Sometime he came; mostly he didn’t, and I reported back how it went.

He distanced himself because of the death of his younger brother when Edwin was 5 years old. The three year old ran across a street to greet him and was stuck by a car. Edwin’s father never forgave him.

It was tough on him. He felt a lot of guilt and needed to get out of Brooklyn, out of New York, to get away. He needed to get away to a place where he could feel less guilt, outside the intensity of the implications of what happened. You couldn’t know Edwin without knowing the the pain he felt for the loss of his brother.

He had two boys with his second wife, Margot, and became estranged from them, too. Could this be from his childhood trauma?

Who knows what goes on inside anyone’s mind? It’s certainly a convenient explanation. It’s something Margot, his former wife, and his children [believe] is the source of his demons.

It must have been painful for you to watch your cousin’s decline over the course of time.

Naturally. He was someone I loved and admired and it was incredibly wrenching to watch the changes over time. How can I say this? I’m inside and outside at the same time. I made [documentaries] about my father, my grandfather. I’m someone who looks for opportunities to get to the heart of what it means to be human. My journey with Edwin — and I think of it as a journey — was as close as I’ll ever get to exploring in a very deep way the power of memory and the raw fragility of what it means to be human. I hope the film shows my love for Edwin. I’d like to think he has dignity throughout the film.

You’ve used your family in several of your documentaries: your father, your grandfather, even yourself. They work cheap?

That’s true. I’ve spent decades using my life and the characters in my life as a laboratory to explore what it means to be family. What are those relationships about? I had access to my family members who trusted me, who felt comfortable going into some deep and often uncomfortable places with me.

Did Edwin have a Jewish background?

Interestingly, there were days he would just sing Yiddish songs. That’s all he would do. So there is some Jewish [identity] in his consciousness. His father was a bit of a cantor. Edwin was more Jewish culturally than he was in religious terms. He wasn’t Jewish in a specific way. But Jewish in the sense that he understood that questions generate more questions, answers generate more questions, and that life is an unending hall of mirrors in the quest for meaning and understanding.

What about your own Jewish background?

Growing up we went to a Conservative synagogue. I was bar mitzvahed. My father’s father was a very learned man. I never really met him. He was a tailor but I’ve heard him described as a rabbi’s rabbi. He didn’t have a pulpit, but a lot of people came to him for advice because he knew the Mishna and Talmud very well. My father learned Hebrew and religion on his knee and I grew up in a kosher home.

Watch the trailer for ‘First Cousin Once Removed’:

Journey to the Heart of Alzheimer’s