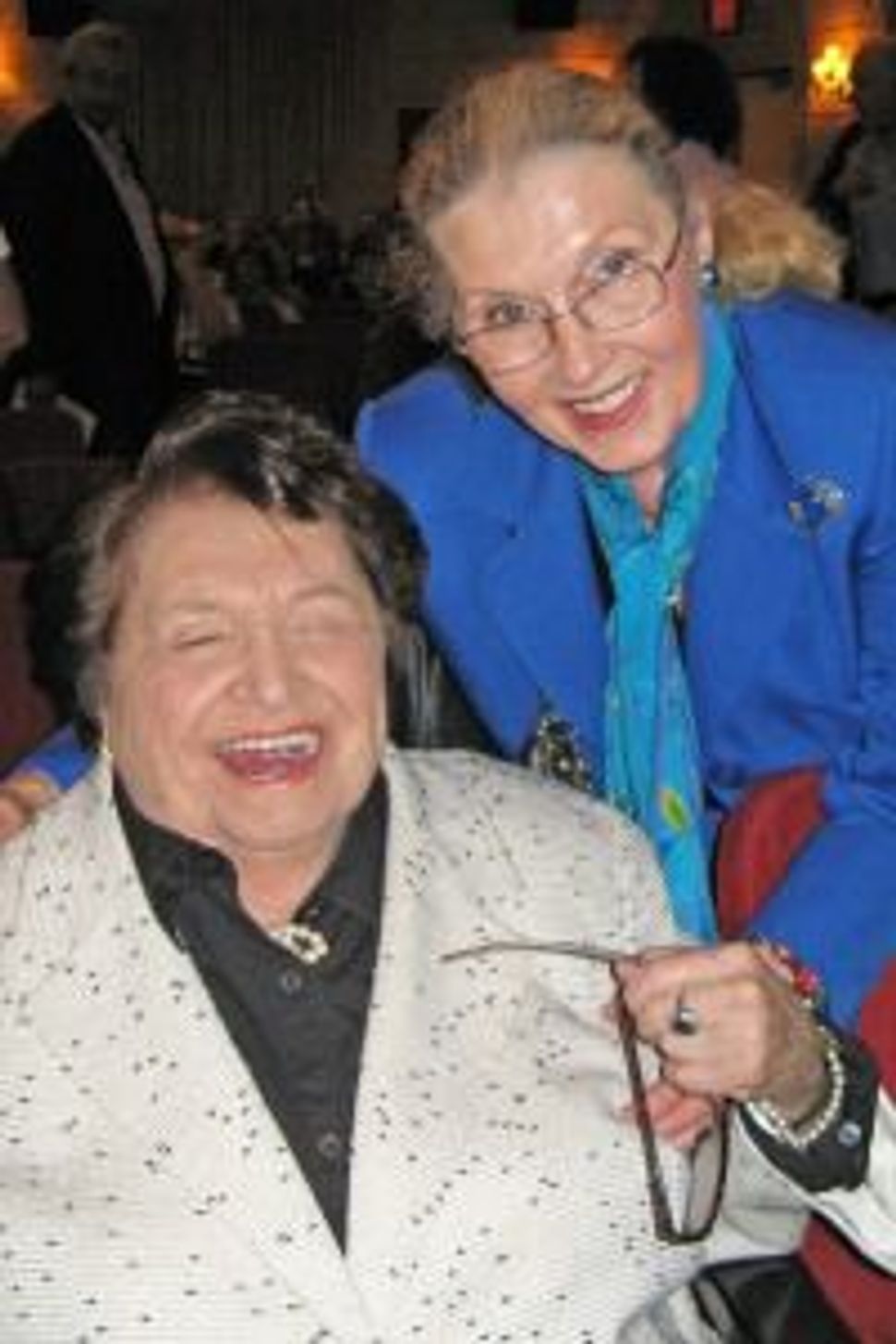 When I recently called Chana Mlotek about an obscure song of a girl weaving sandals, within a nanosecond, she gave me the song’s provenance, lyricist and composer. On November 4 she died at 91. Chana was among the few of a generation to call me by the diminutive Mashele — we shared a more than sixty-year friendship.

At the overflow November 5 funeral at Riverside Chapel at which Forward publisher Sam Norich recalled his and Chane’s YIVO past and friendship, Zalmen Mlotek, artistic director of the Yiddish National Theatre-Folksbiene, opened each memory fragment with tayere mame {dearest mother].

I came to work at YIVO Institute for Jewish Research — then at its 123rd Street location — as a teenager after school. During a recent “remember when” moment, Chana recalled: “I was Max Weinreich’s secretary and your worked for YIVO’s Executive Director Mark Yuviler…whose lightning fast Yiddish stenographer was Reyzl Zemser… The moment you came to YIVO, the mood at YIVO changed. A young girl with a blond braid, you sang while you worked. You were told not to sing, but you did not listen…It was Dina Abramovitch [YIVO’s legendary archivist] who insisted that you keep singing because it was uplifting.” The YIVO was then in the midst of preparing an exhibit — a first in America — on the Khurbn (The Destruction–the terms Holocaust and Shoah had not yet been coined] about the Lodz Ghetto. ’We need music on these walls,’ Abramovitch insisted… You and I are the only ones from YIVO at that time who have this memory.”

It was 1948 when a glowing slender Chana returned from a Yiddish folklore conference in Los Angeles and announced she was going to marry a young man — Yosl Mlotek. I remember Reyzl Zemser being livid — she, too, had been smitten by the dashing Mlotek. For me it was a bashert shidakh. [destined match]. Mlotek had been my baby-sitter in pre-war Warsaw, had worked with my father at Vilno’s YIVO and lived next door to me and mother in Kobe, Japan in 1941.

At the June 12, 2012 Folksbiene Gala at Town Hall, award presenter to Chana Mlotek Elie Wiesel said Khane tayere (Chana dear)…you have made other people remember…. All of us here salute you and celebrate you. But of all the things that you symbolize, you have created a family –the Mlotek family—that has had such an impact on so many lives in America and beyond.”

A vibrant Chana Mlotek responded: “A good part of my life has been devoted to collecting Yiddish songs, translating them, publishing them and thereby giving a rebirth to them. With my husband Yosl Mlotek I tried to continue work of former deceased collectors and researchers in Eastern Europe and the United States… We resurrected thousands of songs — many of which were never written down or published and — save for our work — would have been lost. Together with our readers we were able to rescue a part of our cultural heritage… Each song represents an individual’s genealogy we tried to trace.”

There is a saying that every time someone dies, a library disappears. In the case of Chana [with Yosl Mlotek] thousands of mini libraries will continue to flourish and illuminate generations to come.