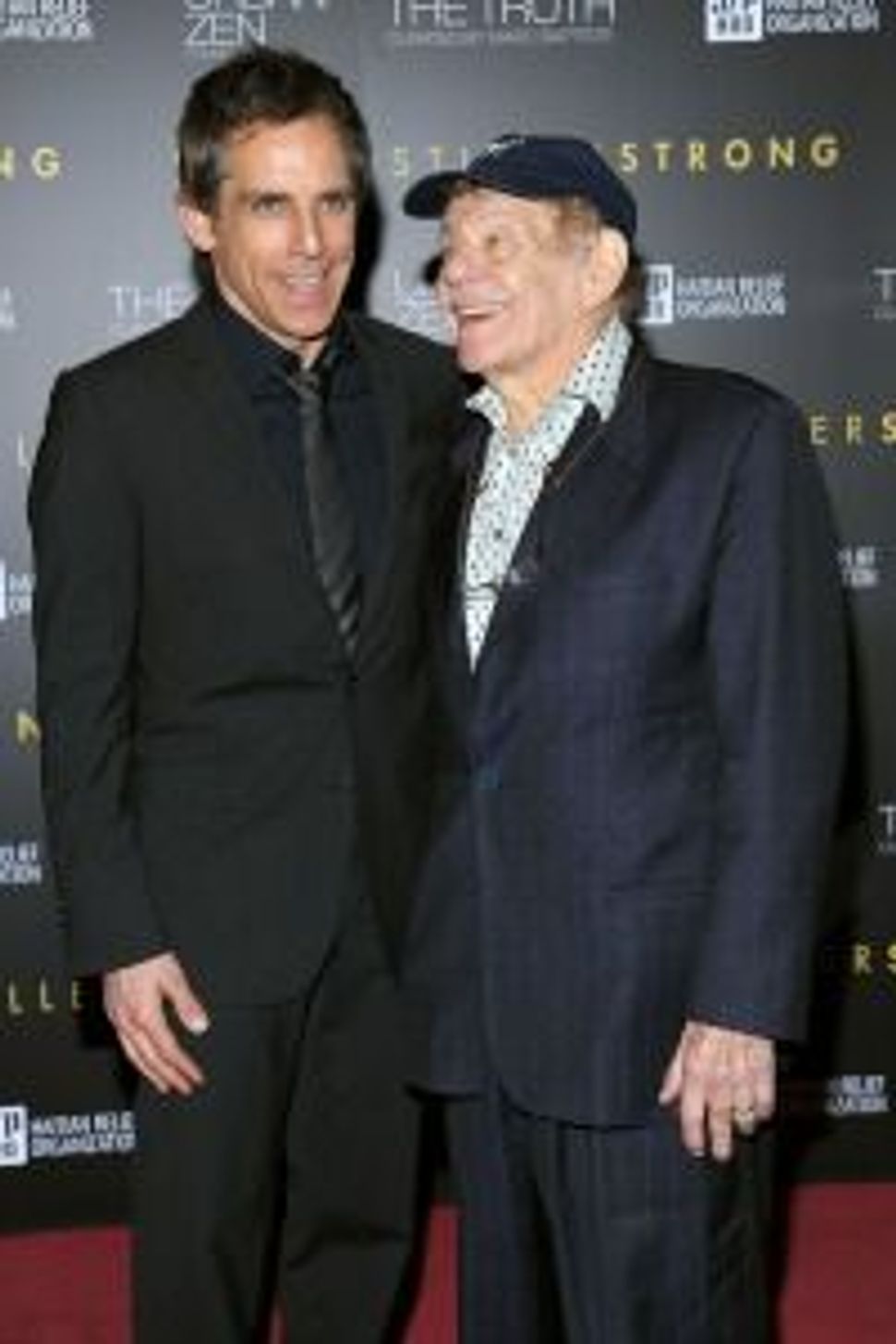 The Christmas-release underdog this year — in the ring with “American Hustle” and “Wolf of Wall Street” — is “The Secret Life of Walter Mitty,” in which Ben Stiller plays a man with a vivid imagination who embarks on the adventure of a lifetime.

In an interview with Parade to promote the movie, Stiller dished about a real-life adventure he took with dad Jerry Stiller as a teenager:

“My dad and I took a father-son bonding trip to Israel when I was about 16. We got a car and drove across the country. We went to Jerusalem and Masada. I’ve always loved history, so it was great exploring that part of the world.”

In between scuba diving in the Red Sea and watching Jerry rocket around on a Jet Ski going 40 mph, Ben admitted to engaging in some naughty business — behind the Kotel.

“I met a girl on that trip and we had a whirlwind romance,” he said. “Is it blasphemous to say we ended up making out near the Western Wall? It might be. But we did.”

Apparently, Jerry was supportive. Of course he was.