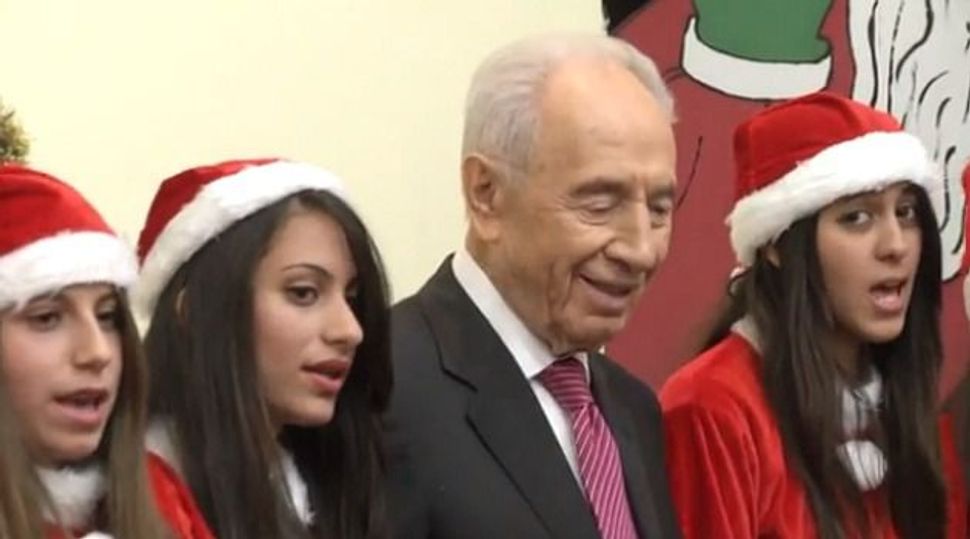 (JTA) — Israeli President Shimon Peres sent out a mostly boilerplate Christmas greeting yesterday, but what jumped out at me were the video’s first 22 seconds, where Peres stands at the center of a group of kids dressed in Santa suits, all singing “Jingle Bells,” accompanied by a piano.

Discerning viewers will note, though, that Peres — while admittedly moving his mouth most of the time — doesn’t seem to know the words to the song. He looks like he’s employing the same technique he used in the 1990s, when he didn’t appear to know the words to Arik Einstein’s “Ani v’Ata” in an impromptu duet with Bibi Netanyahu.

It isn’t surprising, of course, that an Israeli man born 90 years ago in Poland wouldn’t know the words to an English Christmas standard. Given Peres’ constant talk of peace, perhaps this would have been a more appropriate selection. 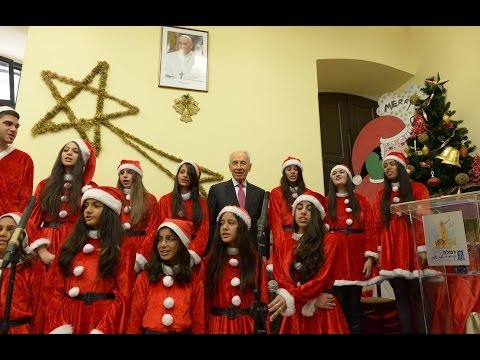