‘Brooklyn Nine-Nine’ and the Future of Television 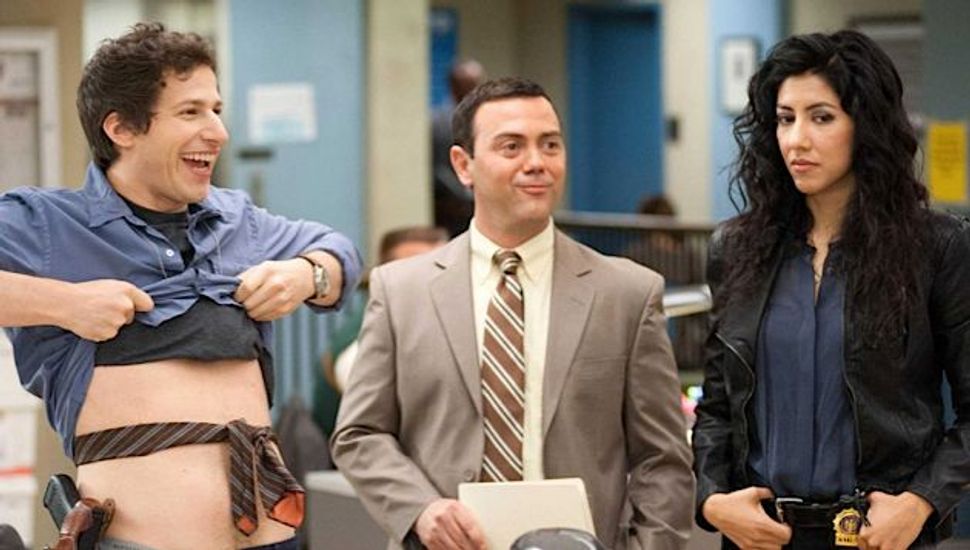 Husks of series that ended too soon litter Netflix and Hulu and Amazon Prime: unwatched critics’ darlings; cult shows that never proselytized; dramas that took too long to find their rhythms; the doomed and the criminally “ahead of their time.”

TV economics never made sense. It was never easy to launch a show, find an audience, maintain quality, keep the cast intact and sober, and hit the cash money of syndication. Today it’s nearly impossible. Kevin Reilly, the programmer at Fox who championed “Brooklyn Nine-Nine” and the maddeningly inconsistent “The Mindy Project” is now the “outgoing chairman of entertainment.” The business is changing, but no one knows where it’s going. What will advertisers pay for streams and how will they count them? How many days after an episode airs are ads still effective? The one metric that everyone agrees on is how many viewers watch a show live, or (who can be picky!), the same day. Numbers of viewers that would have been laughable decades ago are now hits.

But unless you like business stories, ignore conversations on the future of television. Fans of TV who want to make the medium better should instead concentrate on this maxim: Watch what matters to you live. Do not wait until the season ends or when the DVD comes out or a show hits Netflix. Make watching the shows that matter to you the day they air a priority and pray that there are enough of you. Tell your friends when you think something is good. Otherwise “Brooklyn Nine-Nine” will die.

“Brooklyn Nine-Nine” was funny from the word go. Its ensemble clicked from episode five. Even bad episodes are only rough around the edges: a little too winsome or a little too predictable. By the end of the first season, no sitcom was as consistently entertaining, with writing as consistently sharp.

Like “The Office” and “Parks and Recreation” — the other shows that “Brooklyn Nine-Nine co-creator Michael Schur created or produced — “Brooklyn Nine-Nine” is a workplace comedy about a dysfunctional family. Oddballs and lunatics, each in their own way incompetent and insufferable, come together and achieve the perfection none could reach on their own. Unlikely friendships are formed. Romances are kindled.

To this “Brooklyn Nine-Nine” adds a blissful zaniness. Rapid-fire flashbacks provide quick visual gags while character traits and stories consume themselves. A one-off joke about a character being a foodie escalates into a romance with a professor of food studies and a subplot about whether they should stay together when academia compels the professor to move to suburban Ottawa. A different character continually says nonsensical things and espouses insane beliefs. We as viewers laugh and tune it out as just another quirk of a sitcom character — until she mesmerizes a group of psychotherapists and psychology professors at a party. On another episode the captain tries to find a home for two puppies.

None of this would work without Andy Samberg as the lead, and without the right creators writing for Samberg. His inbetweenness – in between adolescent and adult; in between the brilliantly stupid and the stupid – is the center of the show. The show took his natural goofiness and multiplied it times ten. The writers made Samberg’s Jake Peralta more infantile and more irresponsible while also making him more caring for those around him and more talented at his job. (And, when they decided they couldn’t do without nerdy bar mitzvah jokes, they made the character half-Jewish).

I’m an Andy Samberg fan, but I wouldn’t have predicted that he would be this funny. His video work on “Saturday Night Live” is genius, but those were one- to five-minute pieces of absurdism. “Mark Wahlberg Talks to Animals,” is the only sketch starring Samberg that I can remember. He was excellent in his guest appearances on “Parks and Recreation,” but he only had to play off the existing roles. None of his leading parts — not even the wacky “Hot Rod”! — showed that he could carry a series.

Take, for example,“That’s My Boy” (2012). “That’s my Boy” was one of the worst movies of the last half-decade and maybe of the last quarter century. The movie only exists because of its elevator pitch: An alcoholic slacker (Adam Sandler) tries to reunite with his estranged son (Andy Samberg) when he learns the boy is about to marry a very wealthy woman.

That movie doesn’t get made without Sandler and Samberg. More important, it doesn’t get made without the idea of Sandler and Samberg as linked, as comedy father-and-son. Two generations of Jewish AS-es on SNL — nevermind that one’s the jocky kid with a chip on his shoulder for not being big enough or tough enough and one’s the clown who turns out to be the brilliant co-creator of surrealist comedy videos.

Sandler discovered a new kind of awful in “That’s My Boy.” Write-off “Grown Ups” and “Blended” as movies he made for kids, movies that he didn’t care about, that gave him an opportunity to cash checks and hang around with his friends. “That’s My Boy” was supposed to be a return to his roots. Years ago, A. O. Scott wrote that “The ‘Love Guru’ is downright antifunny, an experience that makes you wonder if you’ll ever laugh again.” “That’s My Boy” was worse. “That’s My Boy” questioned my faith in myself and my memories. “That’s My Boy” made me wonder if “Billy Madison” and “Happy Gilmore,” Adam Sandler movies I watched — and loved — as a kid really were that awful and I just couldn’t tell.

With Samberg, it’s the opposite story. He and “Brooklyn Nine-Nine” are both so funny that my mind has retroactively transformed even his worst skits and videos into the danger room of his eventual greatness. Past mistakes and misguided career choices shaped the present. “That’s My Boy” reduced Samberg to the straight man, the foil for Sandler’s shtick. Rather than play two notions of immaturity off each other, the movie forced Samberg into being mundane, straight-laced, the square who needs to loosen up.

Playing straight was a mistake then, but (sometimes) playing straight is ideal on “Brooklyn Nine-Nine.” Like Samberg, the rest of the actors are silly, and weird, and otherwise twisted into the most extreme versions of their personalities and screen personae. Terry Crews is more physically intimidating and more cuddly. Chelsea Peretti is more unusual and also more the voice of reason. Andre Braugher’s police talk is icier than it ever was on “Homicide” but now it’s the deadest of dead pans. At those moments, Samberg is quiet, even still. But when it’s time for Samberg to dance, Samberg dances the waltz.

‘Brooklyn Nine-Nine’ and the Future of Television