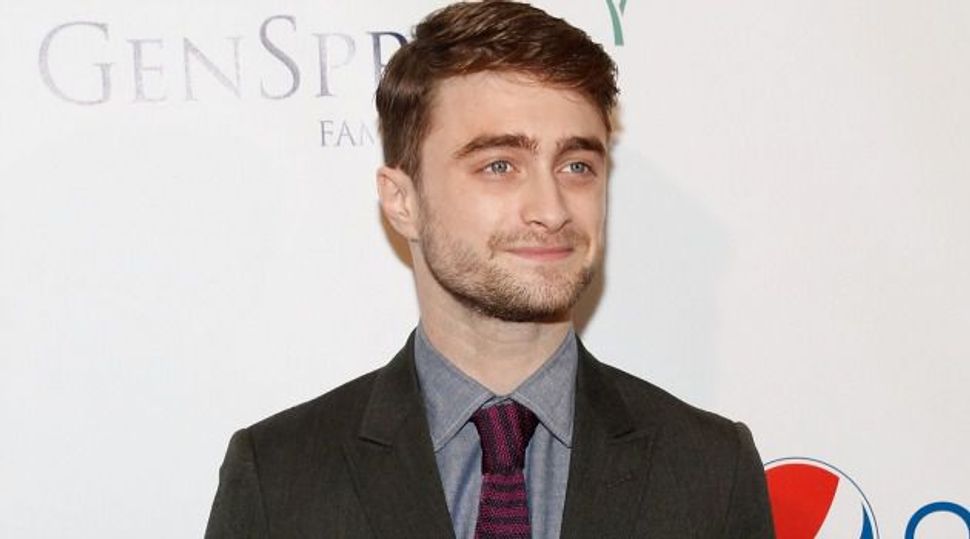 In this most adorable of clips, Daniel Radcliffe sorts celebrities, including — Meryl Streep, Barack Obama, Emma Stone, Miley Cyrus, Ryan Gosling, and Beyoncé — into the four Hogwarts houses (in case you’re one of those who didn’t read the books or see the movies, they are Gryffindor, Ravenclaw, Hufflepuff and Slytherin).

Meryl Streep? “I’m just going to put all the cool people in Gryffindor.”

Benedict Cumberbatch? ” He’s someone I associate with great intellect.” (Ravenclaw)

Miley Cyrus? “Come on, Miley, come to Gryffindor. We’ll sort you out.”

Jon Hamm? “Because I know you, and I know you won’t take offense to this, I’m putting you in Hufflepuff.”

Only one person was deemed sneaky enough to be in Slytherin: “I think [Kanye] would kind of be happy with [Slytherin], though.” Obviously.