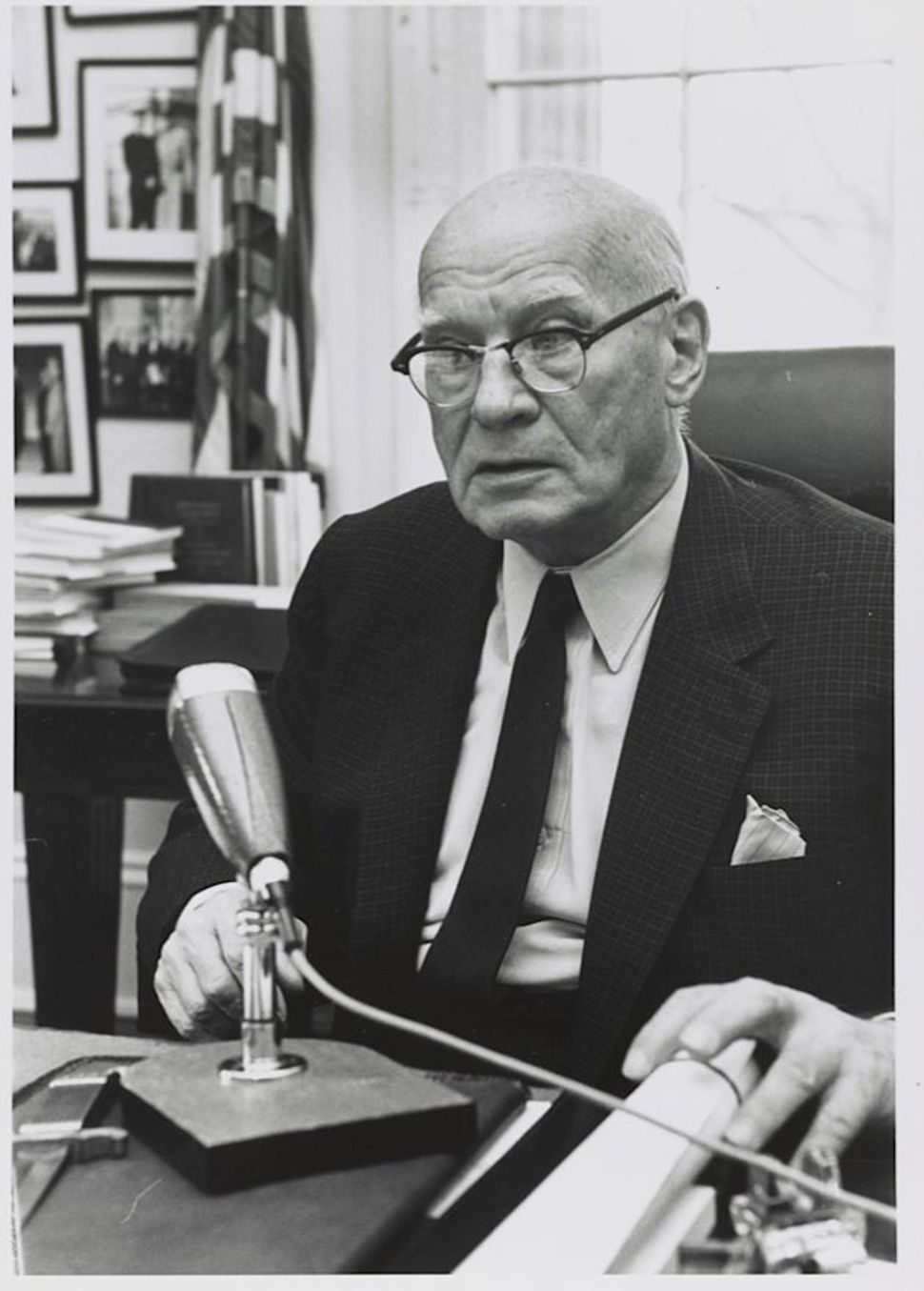 Among the more than 200 items which are slated to appear in the Library of Congress exhibit “The Civil Rights Act of 1964: A Long Struggle for Freedom” in Washington, D.C. — which will be on view until September 12, 2015 — are documents written by civil rights leaders, newspaper clippings, legal briefs and artwork.

According to a library release it constitutes “some of the most important materials in [its] collection,” and it “will highlight the legal and legislative challenges and victories leading to its [Civil Rights’] passage, shedding light on the individuals — both prominent leaders and private citizens — who participated in the decades-long campaign for equality.”

What there won’t be are troves of artifacts tying Jewish activists to the struggle for civil rights. “It’s not a show that specifically deals with the role of Jews in the Civil Rights movement,” said Betsy Nahum-Miller, one of three directors of the exhibit. But, she added, Jewish elements exist.

Nahum-Miller thought right away of Arthur Spingarn, the Jewish civil rights activist who is profiled in the exhibit. A photograph of Spingarn, who held leadership roles at the National Association for the Advancement of Colored People, addresses the early days of the organization. And upon further reflection, other connections surfaced.

“While the Jewish participation in civil rights is not a focus, there are Jews included in the exhibit that I neglected to mention,” Nahum-Miller said. “We have items related to Emanuel Celler, Justice Arthur Goldberg, and Arnold Aronson.”

Celler (1888-1981) rose from peddling wine to running a legal practice, and his more than 49 years of service in Congress represent “the second longest term in Congressional history,” according to the Jewish Virtual Library, which cites the American Jewish Historical Society. A clip of Celler will appear in the one of exhibit’s video stations, which will feature 70 clips, whose subjects range from sit-ins and boycotts to eyewitness testimonies.

The stations will also feature a video clip with an interview of Jack Greenberg, an NAACP lawyer, according to Nahum-Miller. And there will also be a video of Billie Holiday singing “Strange Fruit,” which was written by Jewish songwriter Abel Meeropol.

“Who knows, there may even be some others I missed,” Nahum-Miller said.

There is no doubt, said Patrick Jones, associate professor of history and ethnic studies at University of Nebraska-Lincoln, that many Jewish Americans participated in and played important leadership roles in the Civil Rights movement, whether as organizers or philanthropists.

“Many Jews felt a special connection to the struggles for justice being waged by African Americans because of their own long history of oppression, discrimination, displacement, [and] diaspora,” he said. “Antisemitism and anti-Jewish discrimination remained a strong reality in America during the mid-century.” The Holocaust was also very recent history.

“Jewish religious leaders and Jewish faith communities, who spoke out against racial discrimination and oppression, carried a special and significant voice, a voice of particular moral and ethical, political and historical, credibility because of the horrible atrocities committed during WWII,” he said.

There was also, Jones added, a “strong Jewish-Left tradition in America” of so-called “Red-Diaper” babies, who became involved in civil rights and other 1960s movements. “They came from families and communities that had a tradition of left politics, whether communism, socialism, anarchism, democratic-socialism, labor unionism, [or] liberalism,” he said.

“There is no doubt that Jewish-Americans played a strong and important role in the black freedom movement.”