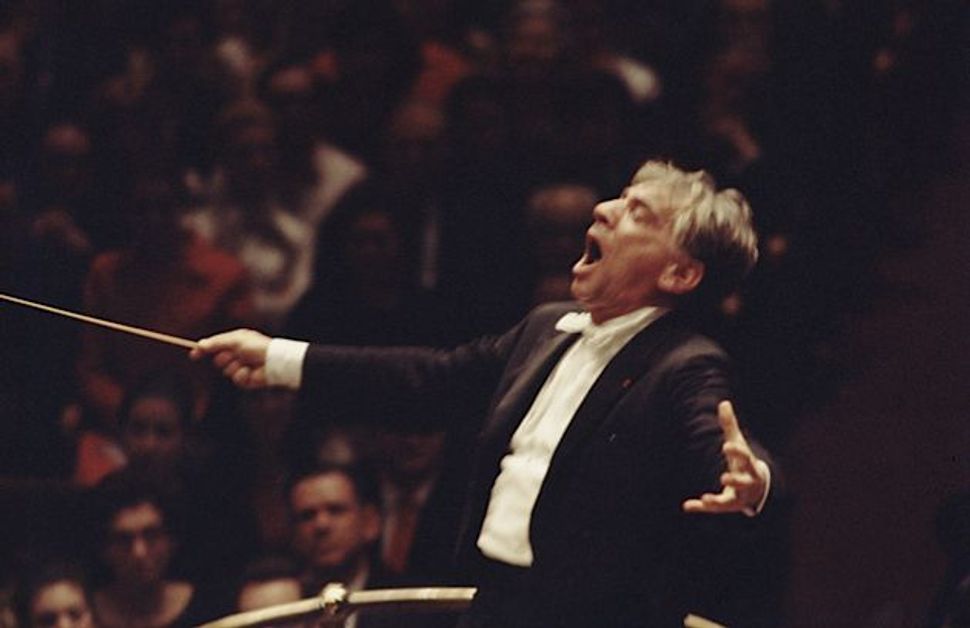 In 1971, the first time Maurice Peress conducted Leonard Bernstein’s “MASS,” the monumental piece echoed the life and death of John F. Kennedy, the social upheaval of the 1960s, and the morass of Vietnam.

Spectators today might see “MASS” in a very different light — as a tragic commentary on U.S. involvement in the Middle East, according to Peress. “The geography’s different, but it’s the same issues, the same arguments of what destructive power can do,” he told the Forward.

For the first time in nearly two decades, audiences will get the chance to make those connections themselves. Bernstein’s monumental “musical pageant” will get a rare full staging at Queens College’s Kupferberg Center for the Arts on November 1 and 2.

More than 200 performers, a rock band, marching band, and full pit orchestra will convene for the performance, which Bernstein loosely based on rituals of the Roman Catholic Mass. Folk, blues, rock, gospel, jazz, and even a marching band make appearances, along with Mahlerian meditations for orchestra, Hebrew prayer, chamber music, Arabic dances, and — why not — a Chilean folk ballad.

What’s different now from the historic 1971 premiere of “MASS,” which Jacqueline Kennedy Onassis had commissioned for the inauguration of Washington, D.C.’s Kennedy Center?

“Well, for one thing, we don’t have millions of dollars, which they did in the original,” Peress said. “This is my eighth ‘MASS’ and each is a little different depending on space, budget, and the technical capabilities of the theater. The piece is conceived with various ensembles appearing out of thin air, practically. But we’re doing it a little differently at Queens College.” The Queens College staging will be directed by Lorca Peress, the Maestro’s daughter, herself a renowned figure in New York theater.

In “MASS,” according to Leonard Bernstein.com, “the Mass is performed by a Celebrant accompanied by a formal choir, a boys’ choir, acolytes and musicians. His congregation of disaffected youth sings the tropes that challenge the formal ecclesiastic dogma of the Church. As the tension grows and the Celebrant becomes more and more elaborately vested, the cynical congregants turn to him as the healer of all their ills, violently demanding peace. In a climactic moment, overwhelmed by the burden of his authority, the Celebrant hurls the sacraments to the floor and has a complete spiritual breakdown.”

Peress recalled that when he and Bernstein collaborated on the creation of “MASS” in 1970, “we were getting music late at night, which we’d fix in the morning, give to the choir, and start staging. The piece came to us piecemeal, little by little. We didn’t see the entire work until we performed it,” he said.

At that moment, Peress remembered, “the cast was in tears. When they saw the Celebrant walk into the pit at the end of the piece, they were shattered. They were living the work for the first time.”

“Between you, me, and your readers, there are little musical motifs which are Yiddish, like keening, almost,” said Peress, who started working with Bernstein in 1961 as an assistant conductor with the New York Philharmonic. “There are moments when I really feel a Hebraic musical connection. That was built into Bernstein. It was not something he’d do consciously, but it was there.”

The Catholic Mass itself is more Jewish than most Jews realize, Peress said. “Lenny was looking for something to honor our first Catholic president. ‘MASS,’ I learned, was not strictly Catholic. Kyrie, which opens ‘MASS,’ means ‘Lord have mercy’ in Greek. The Credo is the Sh’ma, proclaiming belief in one God. De Profundis comes from Psalm 130. Sanctis — ‘kadosh, kadosh, kadosh’ – is the same exact translation from Hebrew to Latin. Bernstein brings in Hebrew. The Celebrant brings in Hebrew words the moment before the community turns on him. ‘Kadosh’ is his last grasp at sanity.”

Bernstein’s lifelong desire, Peress said, “was to compose works — ‘hineh ma tov u ma naim’ — that all men should live as brothers. It’s built into “West Side Story,” “Candide,” “Kaddish” symphony, and it’s deeply built into Bernstein’s “MASS.” And so is the notion of reaching toward brotherhood with other religions.”